Add to Cart
$19.33
& FREE Shipping on eligible orders. Details
Sold by: O&M Media
Add to Cart
$19.43
+ Free Shipping
Sold by: Reuseaworld
Have one to sell?
Sell on Amazon 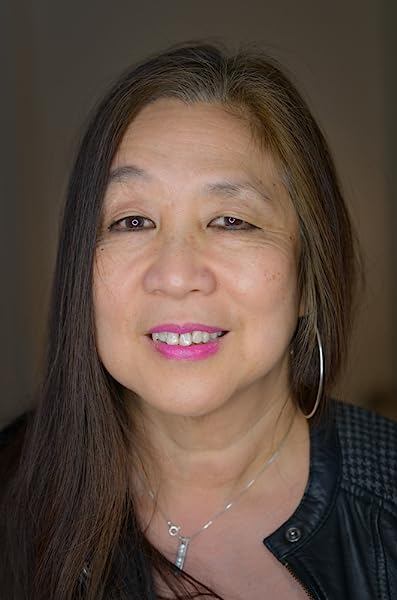 A Portrait of the Self as Nation: New and Selected Poems Illustrated Edition

“These poems have a fearless life on every page, moving big themes into language, and pointing to past silences. But for all its sociable music, this poetry is also a serious and moving meditation on an inner life. Not simply the inner life of the poet but also―as the title suggests―the inner life of the nation that poet recognizes. This work is poised over both the public spaces where art and ethics are made, as well as the private reaches of a self where―as the poems show―an Asian American woman can weigh both identity and freedom. Marilyn Chin is a major voice. And this is a book to be treasured.”
- Eavan Boland

“Marilyn Chin’s poems excite and incite the imagination through their brilliant cultural interfacings, their theatre of anger, ‘fierce and tender,’ their compassion, and their high mockery of wit. Reading her, our sense of the possibilities of poetry is opened further, and we feel again what an active, powerful art it can be.”
- Adrienne Rich

“Marilyn Mei Ling Chin draws on ancient cultural sources and at the same time reflects something wholly Western, urban, and contemporary―so that we have here two kinds of sophistication combined, in proportions uniquely determined by her strong personal sensibility. The results are strong with an authentic and captivating strangeness, beauty and offbeat wit.”
- Denise Levertov

Marilyn Chin was born in Hong Kong. She is the author of four previous poetry collections and a novel. She is the winner of the Anisfield-Wolf Book Award, the PEN Oakland/Josephine Miles Literary Award, and a Radcliffe Institute fellowship, among other honors. Presently, she serves as a chancellor of the Academy of American Poets and lives in San Diego.

Start reading A Portrait of the Self as Nation: New and Selected Poems on your Kindle in under a minute.

4.1 out of 5 stars
4.1 out of 5
7 global ratings
How are ratings calculated?
To calculate the overall star rating and percentage breakdown by star, we don’t use a simple average. Instead, our system considers things like how recent a review is and if the reviewer bought the item on Amazon. It also analyzes reviews to verify trustworthiness.
Top reviews

wallyb
5.0 out of 5 stars Instant Classic
Reviewed in the United States on December 5, 2018
Verified Purchase
Marilyn Chin is one of the most unique and clear voices in American poetry during the past three decades, Her latest book is a compilation of her work from across her entire career, going back to the long out-of-print 1987 Dwarf Bamboo. Most of her broad audience's favorites are here, including select pieces from The Revenge of the Mooncake Vixen and from Hard Love Province. But the collection is crowned by her poems composed since Hard Love Province came out in 2014. Appearing for the first time in a book form, these verses demonstrate that Chin's range is as wide as ever, the discernment at word-for-word level is always present, and the product is of superb vintage.
Read more
2 people found this helpful
Helpful
Comment Report abuse

anonymous
5.0 out of 5 stars The Tu Fu of American Poetry
Reviewed in the United States on September 11, 2020
What an important book this is, whose subjects include: what is love? what is power? what is exile? what is self? what is American? Marilyn Chin is a restless, moral poet (among the best in her generation) writing the poems of her life.
Read more
Helpful
Comment Report abuse