You've subscribed to Revolutions Per Mile! We will preorder your items within 24 hours of when they become available. When new books are released, we'll charge your default payment method for the lowest price available during the pre-order period.
Update your device or payment method, cancel individual pre-orders or your subscription at
Your Memberships & Subscriptions
There was an error. We were unable to process your subscription due to an error. Please refresh and try again. 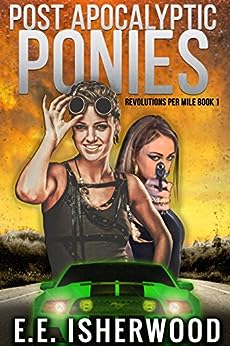 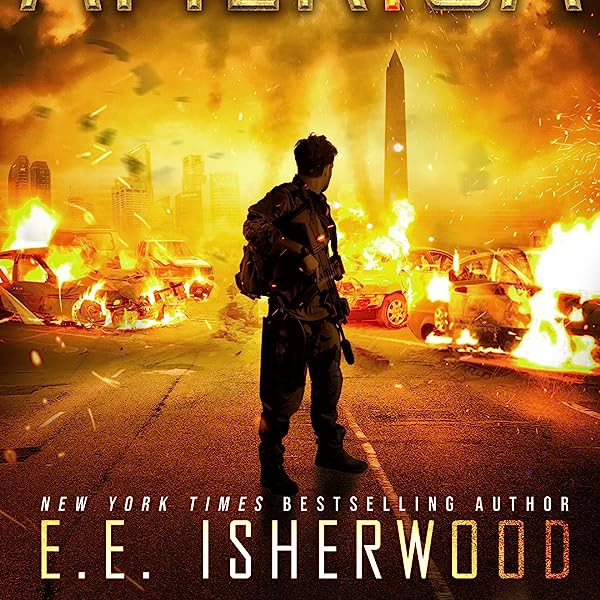 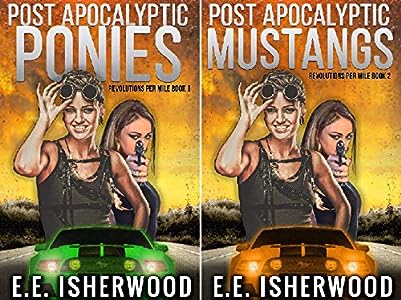 E.E. Isherwood is the New York Times and USA Today bestselling author of the Sirens of the Zombie Apocalypse series. He has designs for many other dystopian and post-apocalyptic science fiction and fantasy novels. His long-time fascination with the end of the world blossomed decades ago after reading the 1949 classic Earth Abides. Zombies are just a handy vehicle which allows him to observe how society breaks down in the face of such withering calamity.

Isherwood lives in St. Louis, Missouri with his wife and family. He stays deep in a bunker with steepled fingers, always awaiting the arrival of the first wave of zombies.

Amazon Customer
5.0 out of 5 stars Cool twist
Reviewed in the United States on December 4, 2016
Verified Purchase
Post apocalyptic apocalyptic Midwest young girls are giving fast cars and run carrier Duty from town to town taking whatever needs to be transferred. It's fast-paced fun and you never know quite what's going to happen until it's happening just my kind of writing. I read this all those other works and I've been quite impressed by them. I highly recommend them. I can't wait for the next one in the series.
Read more
Helpful
Report abuse

Deirdre T
4.0 out of 5 stars What a rush!
Reviewed in the United States on November 6, 2016
Verified Purchase
This short story set in a post apocalyptic world gives a feel reminiscent of Mad Max.
Fast cars, high stakes, that leaves you breathless and wanting more. Great YA read that's safe for all ages, i just wish it was longer. I will definitely be checking out the next book.
Read more
Helpful
Report abuse

Rachel Wagner
5.0 out of 5 stars Good Read
Reviewed in the United States on July 27, 2018
Verified Purchase
I wasn't sure what to expect with this book. I read and live the Since the Sirens series, and I love this one too! I can't wait for the next book!
Read more
Helpful
Report abuse

CyberRanger
5.0 out of 5 stars Fun short story
Reviewed in the United States on April 27, 2016
Verified Purchase
Fun! Neat tale set in a different kind of apocalyptic setting. Some power and order does survive instead of complete chaos. The price is a little high for the number of pages but I ended the read. Purchasing the second installment now!
Read more
Helpful
Report abuse

Craig Martelle
5.0 out of 5 stars A quick, quality read for a YA audience.
Reviewed in the United States on April 20, 2016
This was a quick read for a young adult audience. I enjoyed it as a new twist on Mad Max, but in a world that retains some functionality. There are rules and can the pony drivers push the boundaries of those rules while accomplishing what they signed up to do? Read it for yourself - I enjoyed the Kindle Unlimited version.
Read more
Helpful
Report abuse
See all reviews