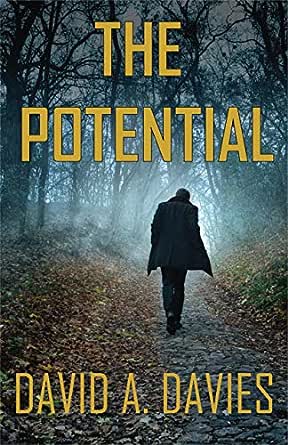 You've subscribed to Chris Morehouse Series! We will preorder your items within 24 hours of when they become available. When new books are released, we'll charge your default payment method for the lowest price available during the pre-order period.
Update your device or payment method, cancel individual pre-orders or your subscription at
Your Memberships & Subscriptions
There was an error. We were unable to process your subscription due to an error. Please refresh and try again. 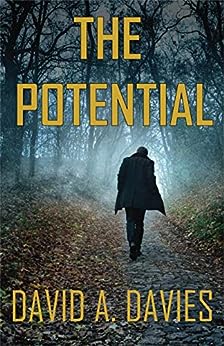 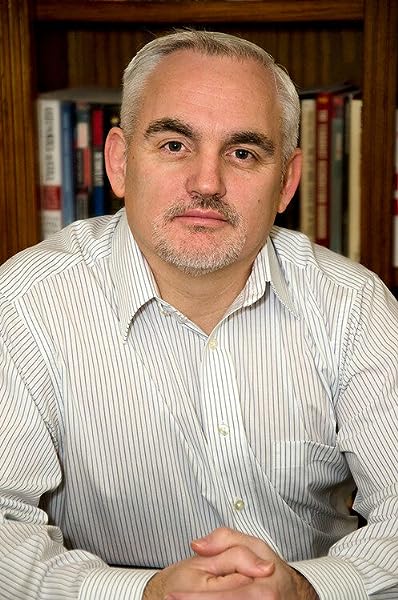 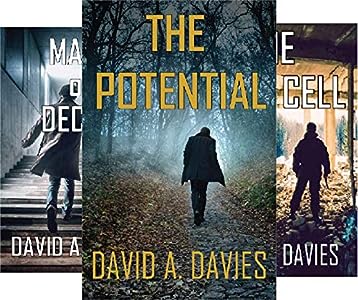 Davies brings his decades of experience as a security consultant to this fast-paced thriller set in 1995. British soldier Chris Morehouse, who has finished his tour of duty, chooses to stay in Germany, where he now works as a motor pool driver for the U.S. embassy in Bonn. When three kidnappers target the armored Cadillac in which America’s ambassador to Germany, Winston Heymann, is a passenger, Chris springs into action, killing two of the bad guys and rescuing the diplomat. U.S. senator Robert Corbin, who has presidential ambitions, is behind the attack. As president, Corbin would be able to punish the Japanese, who killed his father during the Bataan Death March in 1942, by restricting imports to the U.S. Corbin’s complex machinations require neutralizing Heymann. Readers who can overlook some awkward prose (“It would have been a fatal and instant death”) will enjoy the twisty ride to a feel-good finish that promises further adventures for Chris. (BookLife) --This text refers to the paperback edition.

David A. Davies is an independent security consultant with experience in executive protection, investigations, and physical security design. He has been engaged in the security industry in both the public and private sectors for more than twenty years. David resides with his family in the greater Seattle area. --This text refers to the paperback edition.

In the taut novel, David Davies draws heavily from his years of work in high-threat personal security situations. His eye for detail in that complex world of subtle warnings is evident from the first pages. --Milt Bearden, The Black Tulip and The Main Enemy

4.3 out of 5 stars
4.3 out of 5
160 global ratings
How are ratings calculated?
To calculate the overall star rating and percentage breakdown by star, we don’t use a simple average. Instead, our system considers things like how recent a review is and if the reviewer bought the item on Amazon. It also analyzes reviews to verify trustworthiness.
Top reviews

Robert Krueger
VINE VOICE
5.0 out of 5 stars Gripping and intense
Reviewed in the United States on February 15, 2021
Verified Purchase
Sometimes fate determines your future and your decisions at a particular moment in time.

The novel is rich in action. It is the story of Chris Morehouse and how he falls into a role of protector.

Chris is a trained driver working for the American embassy and a reluctant hero. He is trained to recognize danger. His objective in life is to see the world and to make his mark. He is smart, vigilant, conscientious, and perhaps idealistic. But he has special abilities (not recognized by him) that his superiors will come to see. He is thrown into situations that will mark his future, a deadly encounter with terrorists and with others.

The story is broad in scope with danger and death at the forefront. The author uses a big brush to paint a large tapestry of conspiracy on more than one level. He brings his experience to defining his characters and bringing them to life. Reviewed by the author of The Children's Story, About Good and Evil.
Read more
One person found this helpful
Helpful
Report abuse

L. Weston
4.0 out of 5 stars Loved the story line!
Reviewed in the United States on April 22, 2020
Verified Purchase
There were a lot of interesting characters. Sometimes the author used their first name and at other times by the last name so I really had to stay on my toes to make sure who he was referencing or it wouldn’t make sense. Maybe if I was able to read more than a couple of chapters in one sitting then I would have been able to follow better without have to go back and read a previous chapter. At any rate I really liked the book and felt like I was there observing the story in person.
Read more
2 people found this helpful
Helpful
Report abuse

Amazon Customer Jw
3.0 out of 5 stars To much
Reviewed in the United States on December 13, 2019
Verified Purchase
Too much information that did not really help understand the story.
Too much jumping around with no explanation. Difficult to follow characters. I found myself trying to go back in the story too many times judt to move forward.
Read more
4 people found this helpful
Helpful
Report abuse

Average Joe
4.0 out of 5 stars Intense. Not a sleepy time read
Reviewed in the United States on May 5, 2019
Verified Purchase
The author obviously is a pro and worked very hard to keep the story plot linear and understandable. For me, it was difficult to keep track of all the simultaneous goings on by everybody of all nationalities and interests all over the globe. Finally had to take notes to keep events straight as I read the book. Should there be that much work?
Read more
4 people found this helpful
Helpful
Report abuse

Colewar54
5.0 out of 5 stars Twists and Turns
Reviewed in the United States on February 6, 2021
Verified Purchase
I thoroughly enjoyed the twists and turns the author employed while constructing this story. I like mystery and action. This story provided that in spades for me. About the time I thought I knew where the story was going, it took another turn. Thank you David Davies for a writing style that really drew me in. Looking forward to more books from this author!!
Read more
One person found this helpful
Helpful
Report abuse

Brent.274
3.0 out of 5 stars With the free price
Reviewed in the United States on December 30, 2019
Verified Purchase
Entertaining, but not riveting. Lots of predictable in this read, but good for a free book.
If the author would stay away from the cliches and focused more on plot twists this could have been excellent spy thriller.
Read more
2 people found this helpful
Helpful
Report abuse

Amazon Customer
4.0 out of 5 stars Good action and easy to read
Reviewed in the United States on December 3, 2018
Verified Purchase
Action is well paced, new characters introduced throughout keeps it interesting and there are a couple of twists. Doesn’t need a bunch of sexual play to carry the story.
Read more
4 people found this helpful
Helpful
Report abuse

Peter Mathon
1.0 out of 5 stars Potential Lost
Reviewed in the United States on January 27, 2021
Verified Purchase
Starts interestingly but during Chapter 5, this turns into a bureaucratic recitation about the history of various files, facts,and individuals. It’s a blizzard of details that is appropriate for documenting, not for entertaining. I gave up — I’m looking for a comfortable read, not to follow an organizational chart.
Read more
Helpful
Report abuse
See all reviews

Al D.
5.0 out of 5 stars I have found a new author
Reviewed in the United Kingdom on August 14, 2015
Verified Purchase
A lot of reviewers take time to say how well the book flows and all that nonsense. I spend my reading time looking for new authors, I do this because most readers me included just take the easy route to escapism by following the same famous names. I don't know if this author is famous and written loads of books I just know that I enjoyed this book immensely and will be looking out for more. The point is we all like different things in a book so take a wider look at the books on offer and give this author a try.
Read more
Report abuse

Finella Webber
4.0 out of 5 stars Terrific - a real twist to the potential spy scenario. The pace was fast with plenty of action.
Reviewed in Canada on February 24, 2021
Verified Purchase
Enjoyed it although the detail tended to slow the pace a little, especially as there were a large number of characters.
Read more
Report abuse