You've subscribed to Potlatch! We will preorder your items within 24 hours of when they become available. When new books are released, we'll charge your default payment method for the lowest price available during the pre-order period.
Update your device or payment method, cancel individual pre-orders or your subscription at
Your Memberships & Subscriptions
There was an error. We were unable to process your subscription due to an error. Please refresh and try again. 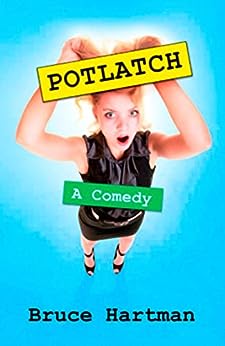 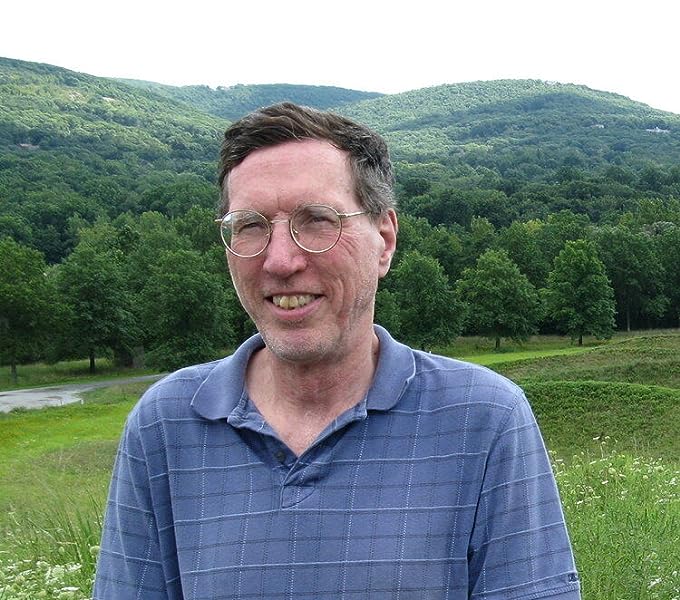 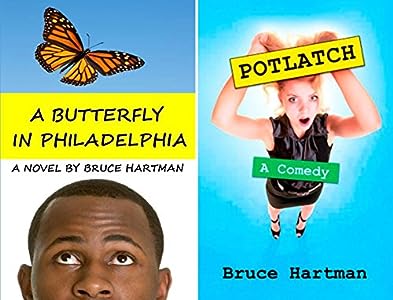 "Exceptionally well written, funny, ironic, and with a touch of being iconoclastic in attitude and insight, Bruce Hartman's Potlatch is an original and unfailingly entertaining read from cover to cover." ---   Midwest Book Review

"Get ready for a hilarious ride in Potlatch: A Comedy by Bruce Hartman. With her father serving a life sentence of house arrest,her mother immersed in the responsibilities of a no-show job, and sister Tiffany in search of a future husband, Alice Coggins does her best to overcome the status of the loser daughter, except in the eyes of good ol' Dad... in this raucous story full of fast-paced dialogue and strangely believable circumstances that engulf the Coggins family. Alice fights the combined systems of health care and insurance fraud as she wipes the slate clean for her home-confined father, finds love in a most unusual way, and undermines corporate America in this must-read novel...

"Author Bruce Hartman presents a no-holds-barred tale of wit and over-the-top fun in Potlatch... one of the most amusing reads ever to be published. Kudos to Hartman for sharing  this hysterical tale of fun and unbridled laughter... Five Stars."  --- Lisa McCombs for Readers' Favorite Book Reviews.

Warning:  POTLATCH is a work of satirical fiction featuring a cast of characters who are disturbed, delusional, and possibly insane.  If you notice a resemblance between any of them and yourself, you should go immediately to the nearest emergency room and seek professional help.

G. M. Fallon
5.0 out of 5 stars I also enjoy some spiritual/religious books (lives of saints
Reviewed in the United States on January 9, 2018
Verified Purchase
Potlach by Bruce Hartman.
I read a lot. I prefer hard hitting suspense novels, historical fiction, memoirs of famous WWII battles (primarily Pacific Naval engagements), classics, translations of foreign crime stories, psychological thrillers, a variety of literary magazines (when I can find ones without a political slant) and everything by W.E.B. Griffin.
Potlatch is none of these.
I also enjoy some spiritual/religious books (lives of saints, Buddha, Sai Baba, etc.), biographies of philosophers (Confucius, Socrates, Will and Ariel Durant) and the works of military geniuses from as far back as Sun Tzu. I’ve read “The Art of War” at least 25 times.
Potlatch is none of these, although I believe Sun Tzu would find it enlightening and fun to read.
I also enjoy crime novels, comic opera, stories about mobs/organized crime and light hearted accounts of funny people doing silly things and in the end, getting what they have coming to them.
Potlatch is ALL of these.
Having enjoyed at least 5 other books by the author I would have to say that Potlatch may be the best of all. The character descriptions are both visual and familiar. By that I mean if you don’t recognize any of them from your own past you’ve had a very sheltered life. They run the gamut from lovable to despicable and the dialogue is what I call “two-step, look-back” dry humor: You chuckle when you first read it but two words later the true hilarity catches up and you laugh so hard you lose your place and have to look back and start again.
This is a funny book and a very enjoyable read. This is one of those special works that feels like a reward to read. The author continues to outdo himself and I look forward to his next effort.
Read more
5 people found this helpful
Helpful
Report abuse

Donnie Burgess
5.0 out of 5 stars Ray has long known that the entire world economy is a house of cards -or hundreds upon hundreds of card houses stacked one on top of the other like a slightly less stable game of Jenga®- but he’s ...
Reviewed in the United States on December 17, 2017
Verified Purchase
If you aren't familiar with Hartman's satirical works, let me paraphrase what I wrote in regards to another of his stories: "Bruce Hartman does to contemporary fiction what Douglas Adams did to Science Fiction and Terry Pratchett did to Fantasy." Please note that I only call it contemporary fiction because I don't believe what he is writing about is dystopian; it is all happening in the real world, right now!

Potlach is essentially a story about Alice Coggins and her lazy but industrious scam-artist father Ray (although the term politician could be used interchangeably with the much-less-offensive term ‘scam-artist’). Ray has long known that the entire world economy is a house of cards -or hundreds upon hundreds of card houses stacked one on top of the other like a slightly less stable game of Jenga®- but he’s never had the resources to get to the top level: Non-profits. If you want to make real money, you have to be in the Non-profit game. Ray has a spark of genius when he realizes that he could add his own house of cards right to the top level with nothing but a winning smile and a worthless scrap of paper -all perfectly legal and proper. All he has to do is outsmart a sea of corrupt politicians (or just politicians, if you prefer), ponzi schemers, dubious insurance companies, devious bankers, and shill-bidding Non-profit companies to make it happen. Many have tried to navigate their way through this before, but none have come armed with Ray’s most valuable asset: a worthless scrap of paper.

Bruce Hartman is a master of satire and with Potlatch he really raises the bar. Potlatch is chock full of clever wit and satire, but the characters never wink to the camera. The narrator’s improbable explanations are all so clearly and logically stated that the layman may miss the tongue-in-cheek nature of them. Hartman’s ability to translate false logic into believable fact is legendary in Potlatch. Potlatch is a definite must-read for any fan of satire… Just make sure to put on your tinfoil hat first.
Read more
2 people found this helpful
Helpful
Report abuse

A Neanderthal-American
5.0 out of 5 stars You better pay attention while reading this book
Reviewed in the United States on February 7, 2018
Verified Purchase
You better pay attention while reading this book. If you do, you will laugh out loud. Hartman has pioneered a genre I call “Philadelphia-noir” and this book, his most entertaining thus far, takes the reader through a hilarious, yet entirely serious, escapade of modern life. If I were a Chinese functionary, well buried within the bureaucracy of the current communist republic, I would require the reading of this book in order to understand the nuances of upper-class American Society. It is through our cultural weakness that we will be defeated, I do not doubt. No author that I have read will dare criticize the ruling class in ways that Hartman does in Potlatch. In fact, after reading this masterpiece, I feel a void-less dread regarding the future of our nation, not because any foreign threat is outlined in this book, but because our own culture has become our worst and most dire enemy. This book is well-executed satire. Any thinking human-being, when confronted with the idiocy of his own culture, will feel similar emotions.

Hartman’s critique of American politics, universities, and health care, is comical and on-point. For example, the chapter on the health care industrial complex sums up succinctly, in one sentence, our absurd system: “patients would pay any amount of someone else’s money to stay alive for another fifteen minutes.” No truer phrase regarding our sky-high health-care costs could possibly be uttered.

In addition to criticizing the usual suspects (health-care, politics, etc), Hartman opens an inquiry into the corruption of non-profits, the pervasive reliance on unpaid internships, and the social insecurity of the American ruling class. Hartman, more than any writer I know, mixes his theories of politics, sociology, anthropology and, yes, even central-banking, into a thrilling excursion into the psyche of our useless and laughable upper class. I feel as if Hartman has been to the highest echelons of our country, of our materialistic corporate world, and has withdrawn with comedic material to last a lifetime. He shares these sentiments, and much more, in this thrilling edition of Hartman’s “Philadelphia-noir.”

Hartman’s work, which focuses on highly intellectual and vastly interesting subjects, lacks, to a certain degree, the visual stimulus that I am accustomed to. However, the story is engaging and, at times, laugh-out-loud funny. I can honestly say that there is no living writer in America with whom I would prefer to share a beer in a Philadelphia dive-bar. Hartman would top my list. I have the impression, after reading several of Hartman’s books, that in his writing he is holding back on full expression of his critique of society. What I want to know is: what other ideas lurk within Hartman’s mind? Are there other even more profound ideas which he is afraid to express in writing? I suspect that there are many, but does he still feel literarily inhibited because he is, of course, subject to the eternal rules of the Potlatch?
Read more
2 people found this helpful
Helpful
Report abuse
See all reviews