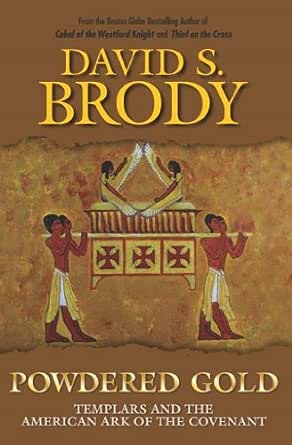 You've subscribed to Templars in America Series! We will preorder your items within 24 hours of when they become available. When new books are released, we'll charge your default payment method for the lowest price available during the pre-order period.
Update your device or payment method, cancel individual pre-orders or your subscription at
Your Memberships & Subscriptions
There was an error. We were unable to process your subscription due to an error. Please refresh and try again. 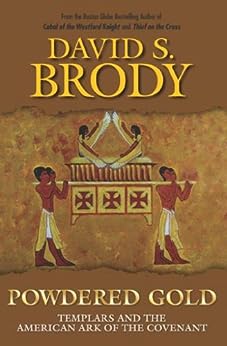 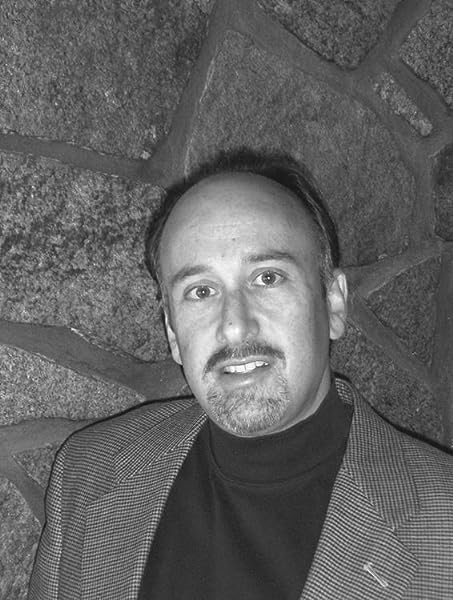 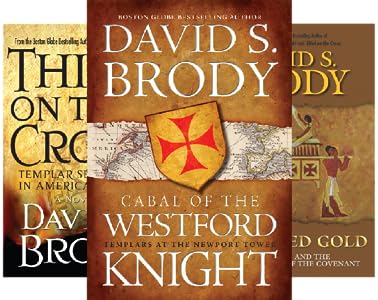 David S. Brody is a Boston Globe bestselling fiction writer and author of eleven novels. His children call him a "rock nerd" because of the time he spends studying ancient stone structures which he believes evidence pre-Columbus exploration of America. He is a graduate of Tufts University and Georgetown Law School.

Ryan Burke is Canadian, his parents and extended family are Australian, and he lives in America, pursuing a career in entertainment. His eclectic background is reflected by his career. Having worked in both Canada and the US as an actor, producer, and stuntman, he now works as a voice-over artist and audiobook narrator. --This text refers to the audioCD edition.

4.2 out of 5 stars
4.2 out of 5
307 global ratings
How are ratings calculated?
To calculate the overall star rating and percentage breakdown by star, we don’t use a simple average. Instead, our system considers things like how recent a review is and if the reviewer bought the item on Amazon. It also analyzes reviews to verify trustworthiness.
Top reviews

SherrieAC
5.0 out of 5 stars Very interesting
Reviewed in the United States on July 19, 2017
Verified Purchase
I read this even though there were disclaimer like reviews warning that it might be disturbing to people of faith. Balderdash! It was a good story with many researched ideas. Even if they are all true I don't feel threatened. My God is big enough to handle thoughts of man. I enjoyed the plot. The characters were interesting although there could have been more development of most of them. The ending was more creative than I had expected.
Read more
24 people found this helpful
Helpful
Comment Report abuse

Kindle Customer
5.0 out of 5 stars Holy Survivalist Batman !
Reviewed in the United States on May 11, 2019
Verified Purchase
Mr Brody has nailed it again. His research into the fascinating world of the Templars gives up another possible history for mankind, that may have been suppressed by persons unknown.
Read more
10 people found this helpful
Helpful
Comment Report abuse

Kent Demonbreun
5.0 out of 5 stars Another excellent story!!
Reviewed in the United States on May 27, 2019
Verified Purchase
This guy writes great books. If you are a fan of history in any form, including where it pertains to the bible and christianity, these stories will fascinate you. I highly recommend this author
Read more
8 people found this helpful
Helpful
Comment Report abuse

Carlos T. Mock
4.0 out of 5 stars Great read!
Reviewed in the United States on June 7, 2019
Verified Purchase
Powdered Gold: Templars and the American Ark of the Covenant (Templars in America Series Book 3) By David S. Brody

In this latest installment, Cameron (Cam) Thorne and his fiancée Amanda are brought to the Arizona desert. Cam is giving a lecture on the Knight's Templar and is approached by Survivalist William Smoot. He has heard that a golden ancient treasure is buried in the mountains on Arizona. At first, Cam is spooked by Smoot, but as it turns out the US government wants Cam to infiltrate the compound to help alleviate the increase situation happening with Smoot's group. Cam, Amanda, and Smoot find a replica of the Ark of The Covenant. It's radioactive and it's been propelled by "white powder of gold."

The feds have a dual scheme: apparently, Smoot has invented a potent and renewable source of energy and they have sent Agent Ellis Kinkaid to recover it at any cost. They also have Charlie Boone infiltrated in the camp who is monitoring the anarchy angle.

Twists and turns occur, and Cam and Amanda save the day right after their daughter Astarte is kidnapped.

The book is narrated from the third person point of view. The characters are real and interesting. Mr. Brody's prose is very easy to read and quite enjoyable. The plot is quite amazing as it is filled with real artifacts --for which there are pictures -- that tend to add a sense of reality to the story. The amount of research is astounding. You may not agree with the writer's conclusions--indeed, there is a warning to religious zealots to stay away-- but I would rebut you with the author's own words: "All religions seem like a fairy tale to people of other religions. If you're, say Hindu, the idea of God appearing on Mount Sinai to give Moses Ten Commandments is just plain silly. But to Jews or Christians or Muslims, the thought of being reincarnated as a mosquito or something is equally ludicrous." p 288.

I loved the book and highly recommend it!
Read more
One person found this helpful
Helpful
Comment Report abuse

Kindle Customer
5.0 out of 5 stars Sad to see the series end.
Reviewed in the United States on October 9, 2014
Verified Purchase
This is the third book, in this series written by Brody, that I have read. Again I loved this one. HIs books are so interesting. He uses real artifacts to enhance the story and I love the history he suggests. But what I appreciate most about his writing is that he has an antagonist but doesn't takes four or five pages to describe a chase scene or an encounter with the main characters. He has so much other information going on in the story that the antagonist is in the background always lurking but not overly done. I love this genre of books but always disliked the long winded chase scenes. I feel Brody has so much to offer in his books he doesn't need to fall back on this type of filler in his writing. Wish there were more in this series.
Read more
17 people found this helpful
Helpful
Comment Report abuse

skylark
5.0 out of 5 stars Great read
Reviewed in the United States on April 6, 2019
Verified Purchase
Like the series the historical references amazing like how it all weaves together. Makes me want to go explore some of these areas.
Read more
4 people found this helpful
Helpful
Comment Report abuse
See all reviews

Peter Smith
3.0 out of 5 stars The mixture as before
Reviewed in the United Kingdom on June 1, 2020
Verified Purchase
This is the third book in this series that I've read and it will probably be the last. It was very similar to the previous two, with a plot that only barely managed to hang together and with numerous holes in it, characters that acted in strange or unusual ways and an overall lack of cohesion. The good thing was that there were very few grammatical errors in this book, unlike the previous two, so I assume the publisher has now managed to find a copy-editor whose first language is English. But there was one glaring error: part of the plot involves people of the mediaeval period having to sail across the Atlantic in search of copper, this being one of the triggers to them exploring the New World. In reality, this could never have happened - not the Atlantic crossing because that's entirely possible - but the search for copper. There's so much copper on Cyprus that the name of the island is actually derived from the Greek world for the metal. So whatever reasons mediaeval explorers had for braving the Atlantic waves, looking for copper certainly wasn't one of them.
Read more
Report abuse

JOHN
3.0 out of 5 stars Probably an American would enjoy it more
Reviewed in the United Kingdom on June 9, 2019
Verified Purchase
Sorry to say that I didn't really like or empathise with any of the main characters, maybe I just dont know enough about why the 'feds' are bad, why everyone should be a survivalist and the intricacies of the Mormon faith. I gave it 3 stars because it did me make me look up at the 'artefacts' mentioned and find out about Arizona... results of which just made me say 'why on earth set it there?' (yes, I know...the 'artefacts') ...sorry Arizona, but you didn't tempt me with your temperatures and I really doubt that templars would have enjoyed the 1000+ mile hike to get there. If you're American, suspend disbelief and enjoy.
Read more
Report abuse

Amazon Customer
5.0 out of 5 stars Plausable
Reviewed in the United Kingdom on September 24, 2019
Verified Purchase
Interesting reading, using actual artefacts giving credence to what was written. It was interesting how the characters interacted to liven the reading but did not appreciate the inference regarding the " Feds etc"
Read more
Report abuse

JimAsh
5.0 out of 5 stars Well written page Turner
Reviewed in the United Kingdom on June 9, 2019
Verified Purchase
Well paced easy to read book which is thought provoking at the same time finished it in a day sitting in the garden.
Read more
Report abuse

Kindle Customer
2.0 out of 5 stars Intriguing
Reviewed in the United Kingdom on June 12, 2019
Verified Purchase
Well written but no Dan Brown. Tries to link all sorts of signs and symbols without solid historical foundation
Read more
Report abuse
See all reviews