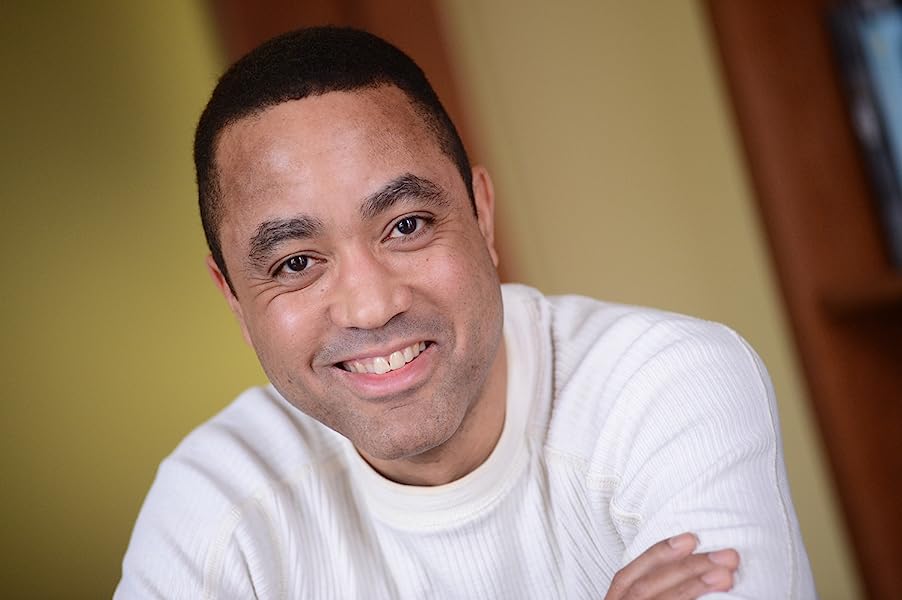 The Power of Babel: A Natural History of Language Paperback – January 1, 2003

by John McWhorter (Author)
4.6 out of 5 stars 349 ratings
See all formats and editions
Sorry, there was a problem loading this page. Try again.

John McWhorter, associate professor of linguistics at the University of California, Berkeley, is the author of The Word on the Street. He lives in Oakland, California.

4.6 out of 5 stars
4.6 out of 5
349 global ratings
How are ratings calculated?
To calculate the overall star rating and percentage breakdown by star, we don’t use a simple average. Instead, our system considers things like how recent a review is and if the reviewer bought the item on Amazon. It also analyzes reviews to verify trustworthiness.
Top reviews

L Nicholas de Lioncourt
5.0 out of 5 stars The perfect successor after the loss of Mario Pei
Reviewed in the United States on February 23, 2020
Verified Purchase
(exposition why I left this review) As a young x-generation techie-trekkie incognito, one of my passions was language; of course no one else shared my interest. Mine was **not** an intellectual family; so I spent my very early morning hours reading about linguistics - even the forbidden area of auxiliary languages.

My unseen mentor became Mario Pei, who understood as I did that a true master of any craft can teach complex concepts with imaginative simplicity and metaphor without any condescension of superiority.

It is frustrating when you discover someone like John McWhorter: a person I wish to have met in youth since he shared all my interests.

Nonetheless, as Carl Sagan made science entertaining and accessible - a role now fulfilled by Neil deGrasse Tyson - John McWhorter (in my opinion) is the perfect successor after the loss of Mario Pei. He does not adhere to the orthodoxy of the intelligentsia (1st person I read who agreed with the Celtic influence on English and the importance of slang and creoles).

His personality engages the listener with a self-deprecating humor, charming and funny. The best review I might leave is that I hope his legacy is as respected as Mr. Pei's.
Read more
27 people found this helpful
Helpful
Report abuse

Robert J. Crawford
3.0 out of 5 stars Very basic, if entertaining, intro to linguistics marred by very poor print quality
Reviewed in the United States on September 14, 2020
Verified Purchase
This was not the book I expected or wanted. It is a chatty, often witty, and competent introduction to the study of languages. What I was hoping to find is a general history of the basic language roots, e.g. Indo-European, Afro-Asiatic, Uralic, from about the moment that humans emerged from a long ice age, about 20,000 years ago. (The "natural history" in the subtitle refers to the principal analogy of the book, i.e. language as evolutionary biology.)

It isn't that what is presented is uninteresting. Language, he says, is a bundle of dialects, always evolving, absorbing, transforming, and dying. He gets into many of the causes of this, such as proximity, war, the necessity to adopt a language for reasons of prosperity, status or power. He also examines, in a rather disorganized way, the mechanisms involved. Once written down, languages tend to get frozen in standards that create their own possibilities of evolution. There are many fascinating facts, such as that the vocabulary of English is 99% foreign words, but the 1% that survives from Anglo-Saxon represents fully 60% of the words we use in everyday speech.

My problem is that none of this stretched my mind with new concepts. Instead it filled factual gaps in my knowledge and got into a lot of detail that - as a non-academic linguistics enthusiast - I knew I would forget and didn't care to remember.

The book is also dated in that it was written before the internet and social media became popular and indeed the principal media that many of us write in today.

Finally, there is a serious problem with the print quality. At a minimum, lettering is blurry, which is a constant annoyance - you can see the dots that make the letters, kind of smudgy in appearance. This renders all diagrams useless, i.e. impossible to read. I don't know, perhaps it was a cheap production, but the quality is simply unacceptable.

P
3.0 out of 5 stars Lots of interesting content, poorly written and edited
Reviewed in the United States on October 12, 2020
Verified Purchase
There’s a lot of interesting content here, but it’s poorly written and badly in need of an editor. It’s very repetitive - the author goes on and on explaining concepts that are pretty obvious (languages vs. dialects, written vs. spoken language). Sometimes the exact same example is used twice to explain the same thing: the second time he described the Fula language I had to check if I’d misplaced my bookmark. At times it feels like the author just wants to throw in as many cool language tidbits as possible, rather than simply picking the best examples needed to make his point. The footnotes and pop culture references are often cringeworthy. The author thinks he’s being funny and witty, but comes off as self-indulgent.

“Unfolding of Language” by Guy Deutscher is a far superior book in its organization and editing, covering the same topics but much more pleasurable to read.
Read more
6 people found this helpful
Helpful
Report abuse

Tony Ray
3.0 out of 5 stars Pretty Good Book if You're Interested in Human Language
Reviewed in the United States on June 22, 2017
Verified Purchase
The book presents an explanation of a very fascinating topic: how human languages change over time. When you consider that French, Spanish and Italian all started as dialects of the same language, you know something interesting underlies language evolution. The book is thorough, interesting and requires no prior knowledge of linguistics.

While I enjoyed the book, I have two negative issues: first, the book is repetitive, repetitive, repetitive. The same points over and over again when it just wasn't necessary because the concepts are not that difficult. In addition, some of the examples used to were too detailed and too lengthy for the book's intended audience.

All in all, it's a good book and worth reading, but if you stop reading after chapter 4 (about half way) you won't miss much.
Read more
22 people found this helpful
Helpful
Report abuse

Brandon Whisenhunt
5.0 out of 5 stars A Fantastic Read About Language and Linguistics- For You and I (Normal People)
Reviewed in the United States on December 16, 2017
Verified Purchase
This book by John McWhorter, whom I met a few weeks ago at the University of Wisconsin- Madison, is not only an erudite look at language, but is full of insights and is funny to boot. The book, labeled a natural history of language, discusses how all languages come from a shared root language, how those languages branched into the many languages we know today, and how languages come to die. Sprinkled throughout are anecdotes, normally in footnote form that not only serve to illustrate the point Prof. McWhorter is trying to make, but also lighten up the reading. It's a fantastic read for anyone interested in language and the human experience.
Read more
13 people found this helpful
Helpful
Report abuse
See all reviews

Amanda H
4.0 out of 5 stars Surprisingly interesting.
Reviewed in the United Kingdom on May 21, 2016
Verified Purchase
Bought it for a language class and ended up really enjoying the book! McWhorter's style of writing is informative without being boring. I might read another one of his books when I get some time off from school!
Read more
Report abuse

Juan PINILLA
4.0 out of 5 stars A VERY INTERESTING, EASY TO READ, BOOK ON LANGUAGES AND LINGUISTICS
Reviewed in the United Kingdom on April 6, 2013
Verified Purchase
An easy read of a book on the languages of the world that helps you understand why they exist and how they have multiplied and then are dissapearing, giving us a panorama of the different kinds of languages and their situation in the world nowadays.
Read more
Report abuse