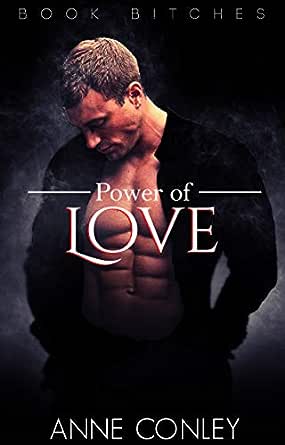 You've subscribed to Book B!tches! We will preorder your items within 24 hours of when they become available. When new books are released, we'll charge your default payment method for the lowest price available during the pre-order period.
Update your device or payment method, cancel individual pre-orders or your subscription at
Your Memberships & Subscriptions
There was an error. We were unable to process your subscription due to an error. Please refresh and try again. 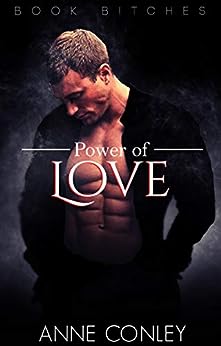 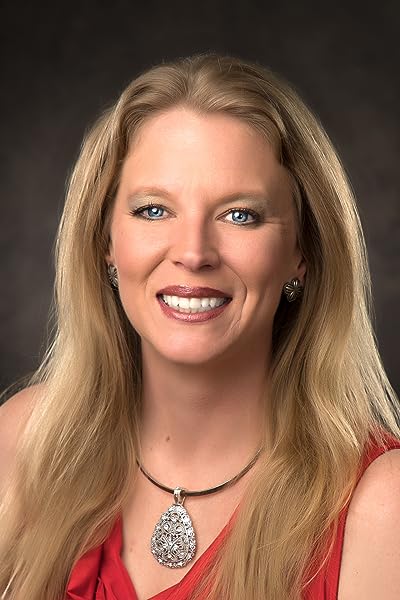 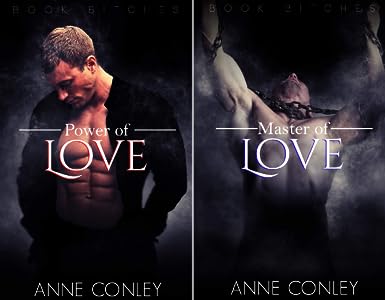 4.6 out of 5 stars
4.6 out of 5
56 customer ratings
How does Amazon calculate star ratings?
Amazon calculates a product’s star ratings based on a machine learned model instead of a raw data average. The model takes into account factors including the age of a rating, whether the ratings are from verified purchasers, and factors that establish reviewer trustworthiness.
Top Reviews

R. E. Kriss
5.0 out of 5 stars A new series by a great author.
Reviewed in the United States on August 18, 2019
Verified Purchase
This is the first book of the Book Bitches series. Y Anne Conley. I was not sure if I’d like it since I’m not really into the whole supernatural/far/shifter/whatever else type books/stories. Well, this one, although it had ghosts in the story, was really enjoyable!
This is Linc and Vanessa’s story.
She bought a house out in the middle of nowhere’s-ville and next to the towns prison.
Vanessa is an indie author, who is befriended by a book group, known as the Book Bitches. Linc’s sister is in the book group. Linc is an ex con who went away as an older teen. He’s been out now and living on guilt. He would get on my nerves periodically with his manly attitude issues, but he is a good guy trying to do what he thinks is right. Buuuut, men are usually wrong. Lol. This was no different.
This book has a homeless guy, a rich chick, a single mom, an ex con, ghosts, and a killer.
This really was an enjoyable read.
You won’t be disappointed if you read this book!
Read more
Helpful
Comment Report abuse

Cat W
5.0 out of 5 stars I need friends and lovers like this
Reviewed in the United States on February 13, 2017
Verified Purchase
I found this series because of another series written by this author. Anne was a brand new to me author who wrote a book for another's Kindle World. It was love at first read. I have read most (if not all) of her books now. I love them all especially Pierce Securities (the one I started on) and this one.

I can not say what I love so much about this book. I am not usually big on paranormal or second chances yet I loved this. The paranormal wasn't a huge part of the book and it made sense and ultimately sweet. The second chance wasn't the typical one although there were certainly elements of the traditional I messed up second chance.

If you are having trouble finding something to read and you are looking for sweet and hot. Look no further. This book is funny and will make your feel.
Read more
One person found this helpful
Helpful
Comment Report abuse

LadyTrust625
4.0 out of 5 stars Loved this book
Reviewed in the United States on July 15, 2016
Verified Purchase
I was given an ARC of this book in exchange for an honest review

This book is about Vanessa. Vanessa is a writer who moves to Mystic Tx looking for a fresh start in her life. She moves into a musty old house that needs a lot of work and who better to work on the house than the town handy man Linc. This book is a sweet love story with a few twists and turns and interesting surprises. The characters draw you in and make you fall for them and root for the right from the beginning of the book. This book is very well written with a HEA and makes you crave for more in the series. I can't wait to read them all and look forward to anything Anne Conley puts out. ''
Read more
One person found this helpful
Helpful
Comment Report abuse

Tami Czenkus
5.0 out of 5 stars Take me to Mystic
Reviewed in the United States on May 31, 2016
Verified Purchase
Power of Love by Anne Conley is an extremely unique story that evoked every emotion I have inside of me.
Definitely a must read and it introduces you to an entire cast of character that you can't help to fall in love with them and their camaraderie.
The story line grabs you from the very beginning and keeps you hanging on throughout the entire story. Greed, Betrayal and lust are on overload and that doesn't even include the otherworldly entities that make their appearance known. very well done and am looking forward to the next book!!
Read more
2 people found this helpful
Helpful
Comment Report abuse

Amber R Polk
5.0 out of 5 stars Great start to a new series!
Reviewed in the United States on May 24, 2016
Verified Purchase
I really enjoyed this book and so excited for what will be to come in this series.
Vanessa moves to Mystic, TX to start over and finds herself enjoying the present and past residents of the cozy town. A group of women, called the Book B!tches, instantly make her one of their own and help her along the way. She is a likable character who knows what she wants (Linc) and goes for it. And with a guy like Linc, who wouldn't?
It is a great story about finding independence, learning to forgive (even if it's forgiving yourself), and second chances.
Read more
3 people found this helpful
Helpful
Comment Report abuse

Andrew Hess
4.0 out of 5 stars I thought Power of Love was a great book
Reviewed in the United States on June 15, 2016
Verified Purchase
Personally, I thought Power of Love was a great book, and probably the best one Anne Conley has written since Craze (Pierce Security Series). The characters, Linc and Vanessa, had great chemistry together, the Book B!tches were very amusing and added to the story, and the plot itself was pretty amazing. My only criticism, is that I felt there were two crucial parts that were a bit rushed(both occur much later in the story, so I won't give them away).
Read more
One person found this helpful
Helpful
Comment Report abuse

Cheryl Keene
5.0 out of 5 stars More please, now!
Reviewed in the United States on October 17, 2017
Verified Purchase
OMG! I fell in love with Mystic, TX at the beginning and it followed all through the book.
Starting over, being independent, and being away from family and friends resonates in my life. Vanessa is the kind of woman I want to be.
I was worried, scared, giggled, gasped, fell in love, and fought right along with the characters.
You really need to read this series.
Read more
One person found this helpful
Helpful
Comment Report abuse

Leigh Robbins
5.0 out of 5 stars Hauntingly beautiful love story with modern love scenes!
Reviewed in the United States on May 17, 2017
Verified Purchase
Power of love had everything I look for in a book, a great story, good laughs, hard cry's and hot men. The fact this one had a few ghosts was good too....not to mention feisty ladies belonging to the book bitches reading club! I want to join that club they had fun! The author drew me in right from the start, i read the book in a day and a half, only pausing to eat, sleep, clean and drive kids to school. Already starting book 2, and loving it. Highly recommend this new series.
Read more
Helpful
Comment Report abuse
See all reviews from the United States

Hanbarn
2.0 out of 5 stars Interesting read
Reviewed in the United Kingdom on October 8, 2017
Verified Purchase
Interesting plot but let down by the dithering male lead. Not sure I'd look for the next book as it irritated me that the on off on off relationship also brought in stupidity in large dollops.
Read more
Helpful
Sending feedback...
Thank you for your feedback.
Sorry, we failed to record your vote. Please try again
Report abuse

Nutnut 1(Lj Ford)
4.0 out of 5 stars A great read
Reviewed in the United Kingdom on June 15, 2019
Verified Purchase
A great read
Read more
Helpful
Sending feedback...
Thank you for your feedback.
Sorry, we failed to record your vote. Please try again
Report abuse

Sandee L
4.0 out of 5 stars Romance, mystery and just a touch of paranormal
Reviewed in Canada on April 25, 2020
Verified Purchase
A wonderful first book in a new series. Romance, mystery and just a touch of the paranormal. Vanessa and Linc are great characters. Vanessa is new in town and makes friends with an eclectic and fun group of women. Linc has a past that results in insecurity and inexperience. A combination of drama, adventure and humor keeps the story interesting. The story does continue from one book to the next but each book is the complete arc of one couple. It includes sex and some bad language.
Read more
Helpful
Sending feedback...
Thank you for your feedback.
Sorry, we failed to record your vote. Please try again
Report abuse

Becca
5.0 out of 5 stars Seriously. Wow.
Reviewed in Canada on September 25, 2017
Verified Purchase
So this was totally and completely an unexpected wow for me. I did not expect this to be supernatural, twists and turns that had me like no freaking way, and the ending totally pisses me off. Cuz it's basically my bed time and I need to know what happens now. LOL
Read more
Helpful
Sending feedback...
Thank you for your feedback.
Sorry, we failed to record your vote. Please try again
Report abuse