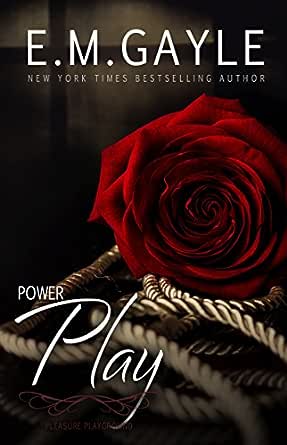 You've subscribed to Pleasure Playground! We will preorder your items within 24 hours of when they become available. When new books are released, we'll charge your default payment method for the lowest price available during the pre-order period.
Update your device or payment method, cancel individual pre-orders or your subscription at
Your Memberships & Subscriptions
There was an error. We were unable to process your subscription due to an error. Please refresh and try again. 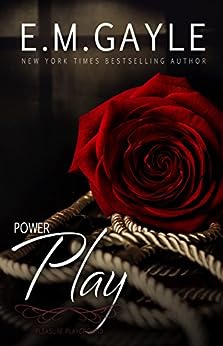 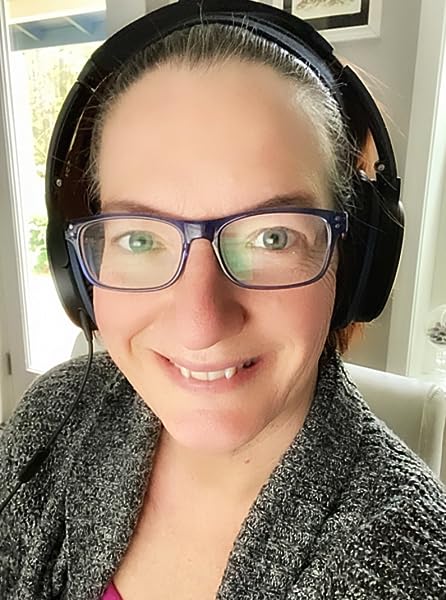 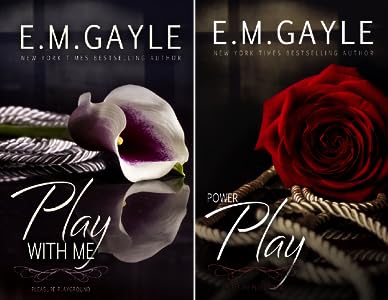 The Book Chick
4.0 out of 5 stars Power Play
Reviewed in the United States on January 4, 2015
Verified Purchase
I enjoyed the depth of the connection between the characters in Power Play. The main characters, Jennifer Croft and Daegan McKenna, were truly the most unlikely couple. He was resistant to starting anything serious after the bad memories surrounding the life he had with his deceased wife. And Jennifer because of her devastating childhood. But a chance encounter brings them together and breaks down both of their walls, creating something beautiful between them. But, it was definitely hard won.

A successful fetish model at Altered Ego (Play With Me), Jennifer encounters Deagan because he is the contractor who is working on Chase and Murphy's new club. Jennifer is strong willed and a bit closed off from people, although she considers Chase and Murphy her friends. She keeps her feelings and desires guarded very closely, but every so often she ventures to the club to release the frustration that has built within her body. But, it's not the physical release of that kind, she very seldomly has sex with the men she allows to briefly dominate her. What she does is allow them beat her until she reaches a level of subspace where her mind can be at peace.

Daegan sees the vulnerability in Jennifer but he also wants to tame her feisty spirit. He proposes a temporary arrangement between them that will be mutually beneficial and very satisfying but Jennifer first has to agree to a few of his rules. Independent because life has forced her to be, Jennifer balks at the idea of "rules" being imposed upon her. And Daegan's rules are serious too -- one of the major ones is that she is not to model during the time of their arrangement. For someone like Jennifer who defines herself by her job that is an absolute deal breaker. Definitely. Maybe. Ok...maybe she'll try it for a little while. Why the acquiescence? Because Deagan was able to ring pleasure and give her the pain that she sought like no other Dom had been able to do before.

But remember, Daegan is still dealing with the demons of his past, too. He wants to keep Jennifer at a proverbial arms length while still giving and receiving pleasure from her. Fortunately for them, they break down each other's walls -- unintentionally of course. Through Daegan, Jennifer is able to discover things about herself that she has never realized before and she learns to trust through her submission to give. Daegan learns how to let go of his past and give his heart freely to someone who doesn't "need" him the way his deceased wife did.

The story was a bit bittersweet because they both had so many internal blights that it was almost impossible for them to see past them. That was the bitter. But, the sweet was seeing them come together in complete trust, and even love, although no professions were made, to create a strong bond between them. I'm sure we'll see even more from them in future books and be able to see their relationship as it grows.
Read more
2 people found this helpful
Helpful
Comment Report abuse

Jamie L
4.0 out of 5 stars Great Read
Reviewed in the United States on June 19, 2015
Verified Purchase
Jennifer and Daegan have been dancing around each other for months. He keeps chasing and she keeps running, afraid of what she really wants. Until one night they finally give in, just for the night. However Daegan wants more than a nigh, just to get her out of his system, and convinces Jennifer to agree to be his submissive while he's working his project.
Eliza Gayle really draws you in and keeps you enthralled, wanting to find out what's going to happen with the characters. I was intrigued and wanted to know if they were going to be able to overcome what stands between them and find their happily ever after. The only reason I didn't give this book five stars is because, while I enjoy the Dom/Sub relationships, Jennifer was more interested in pain than I enjoy reading about. However, it definitely didn't go too far so it was still a very enjoyable book and I highly recommend Eliza Gayle if you enjoy the Dom/Sub books.
Read more
One person found this helpful
Helpful
Comment Report abuse

Frankie's book club
5.0 out of 5 stars Wow.
Reviewed in the United States on July 14, 2015
Verified Purchase
While I was waiting for another book to come out I found Eliza's first book in a Facebook add. Read the book and before I was done reading it I bought book 2 and needless to say I wasn't disappointed. Jennifer and Daegan are the perfect couple to get together. She is stubborn and hate headed. Daegan is pure Dom. This story did keep me guessing and on my toes. I was a little disappointed that there wasn't enough background on Jennifer but that could be coming in another book. While this book has a lot of hard sex the story line is well written. Enjoy.
Read more
Helpful
Comment Report abuse

Becky Wright.
5.0 out of 5 stars Awesome
Reviewed in the United States on June 18, 2015
Verified Purchase
The author makes the characters seem so real. I enjoy the way that Eliza describes the challenges that the main characters go in their efforts to define themselves and their relationship of D/s
Read more
Helpful
Comment Report abuse

MISS C E STREET
5.0 out of 5 stars Enjoyed the story
Reviewed in the United Kingdom on July 4, 2015
Verified Purchase
Enjoyed the story. Was shocked at the at Jennifer's backstory. It is nice when tortured characters finally get the happiness they deserve.
Read more
Report abuse

lindsay gould
5.0 out of 5 stars Five Stars
Reviewed in Australia on March 22, 2015
Verified Purchase
not quite finished yet but love it
Read more
Report abuse
See all reviews