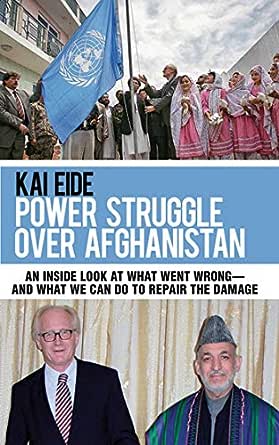 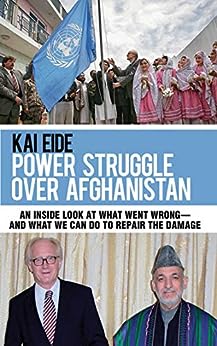 Power Struggle Over Afghanistan: An Inside Look at What Went Wrong--and What We Can Do to Repair the Damage Kindle Edition

As the special representative to Afghanistan from 2008 to 2010, veteran Norwegian ambassador Eide presided over a tumultuous time overseeing presidential elections, as well as a transitional era between American administrations. He calls his tour “the two most dramatic years since the fall of the Taliban in 2001,” largely as the result of tension between Afghan authorities (and insurgents) and the international community. Preferred by President Karzai for his “mild-mannered” ways, Eide agreed with the president that more authority should be transferred to Afghan institutions in the administering of humanitarian and development aid. The UN mandate for the Assistance Mission to Afghanistan (UNAMA) was to be a more aggressive leader in coordinating aid, while toeing a fine line between civilian and military organizations. Eide had to fill vacant positions and give the UN mission more political direction, while maintaining its independence (he reminds readers that the UN had been in Afghanistan since the late 1940s, not since 9/11). While the Bush administration was eager and ready to give the mission monetary support, there was little regulation of that bounty, resulting in highly paid middlemen and rampant corruption. With the arrival President Obama and Secretary of State Clinton, a more rigorous accountability ensued, with something that looked like a real strategy—“in many ways similar to ours,” writes Eide. The author considers at length the international monitoring of the 2009 presidential elections (he depicts a remarkably close, frank relationship with Karzai), the rise of insurgency, often as the result of local resentment over the international presence, and a rapprochement with a (changed) Taliban. Eide writes persuasively from the Afghan point of view and urges the need for “Afghan ownership.”

Clear-eyed, pertinent account from a leader who derives his experience from the trenches.” (Kirkus Reviews) --This text refers to an alternate kindle_edition edition.

A Norwegian politician and diplomat, Kai Eide was the United Nations special representative to Afghanistan from March 2008 to March 2010. He has held several international posts: he previously served as the special envoy of the United Nations secretary-general in Kosovo in 2005 and as special representative of the secretary-general in Bosnia and Herzegovina from 1997 to 1998. A member of the Norwegian Foreign Service since 1975, he was the Norwegian ambassador to NATO from 2002 to 2006. --This text refers to an alternate kindle_edition edition.

Kman
5.0 out of 5 stars Refreshingly open behind the scene account of AfPak
Reviewed in the United States on January 20, 2012
Refreshingly open account of what happend behind the curtain during the most important years of the Afghanistan operation of ISAF (US). The authors gives the reader a new perspective on the war with all its failings through his summit lense. Most books on this immensly comprehensive topic stays in the twilight zone, this accounts does however cut through the fog of war. Depressing reading, but enjoyable and recommendable.
Read more
Helpful
Comment Report abuse
See all reviews from the United States