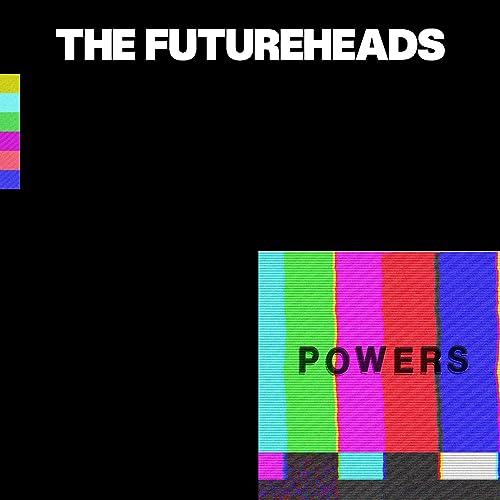 The Futureheads
August 30, 2019
4.6 out of 5 stars 21 ratings
See all 7 formats and editions Hide other formats and editions
Buy the CD album for $12.98 and get the MP3 version for FREE.&nbspCD album ships from and sold by Amazon.com. Terms and Conditions. Does not apply to gift orders. Complete your purchase of the CD album to save the MP3 version to your Music Library.

Susan
5.0 out of 5 stars Another Greggggg one from The Futureheads.
Reviewed in the United States on December 13, 2019
Verified Purchase
Soooo goooood!
Read more
Helpful
Report abuse

Jason Stein
3.0 out of 5 stars Today I learned something.
Reviewed in the United States on September 20, 2019
I first came across The Futureheads in 2005, about the time their debut album was released. I've been a fan since that time. I was disappointed when they went on hiatus after 2012's "Rave!" album. Now, seven years later, they look to reclaim their post-punk revival crown.

Yet, "Powers" doesn't quite match the band's earlier works. The sound on "Powers" is very much in the vein of their first three albums, but for some reason the songs aren't as memorable. There's a few clunkers here like "Across the Border" and "07:04", but the rest is sort of average. It was hard to select any songs that I felt stood out to me, but "Jekyll", "Good Night Out", "Electric Shock", "Headcase" and "Mortals" seemed to me to be the best of the best here. I guess I was hoping for more. I still like The Futureheads and intend to continue buying their music. They are a good band that, with more thought and production, could be a great band. They have always felt on the cusp of stardom to me, and maybe they want it that way.

Here's how "Powers" compares to The Futureheads other works:

Michael Turner
3.0 out of 5 stars Return to form
Reviewed in the United Kingdom on April 26, 2021
Verified Purchase
A very listenable album from a great North Eastern band. Not as strong as their early stuff but we’ll worth the money. Great to hear them with good new songs.
Read more
Report abuse
See all reviews