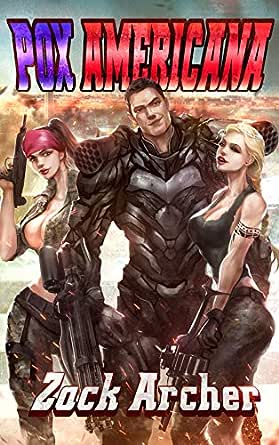 You've subscribed to Pox Americana! We will preorder your items within 24 hours of when they become available. When new books are released, we'll charge your default payment method for the lowest price available during the pre-order period.
Update your device or payment method, cancel individual pre-orders or your subscription at
Your Memberships & Subscriptions
There was an error. We were unable to process your subscription due to an error. Please refresh and try again. 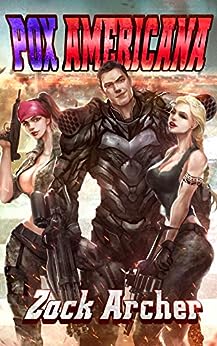 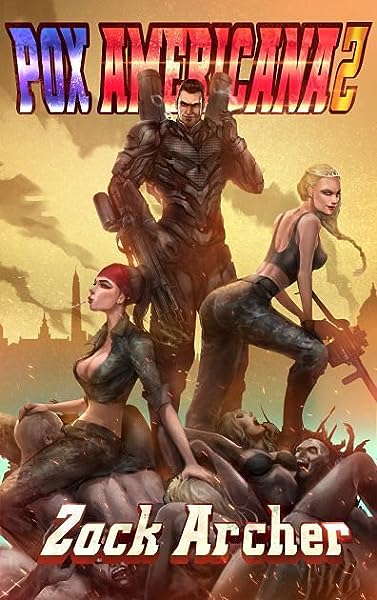 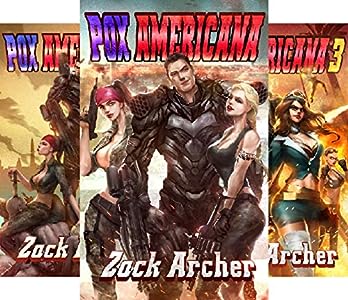 3.9 out of 5 stars
3.9 out of 5
36 global ratings
How are ratings calculated?
To calculate the overall star rating and percentage breakdown by star, we don’t use a simple average. Instead, our system considers things like how recent a review is and if the reviewer bought the item on Amazon. It also analyzes reviews to verify trustworthiness.
Top reviews

Sirwtf
4.0 out of 5 stars Not bad
Reviewed in the United States on December 16, 2018
Verified Purchase
The book was paced well. The sex wasn't over the top and happened in believable ways. I like the fact that the guy isn't a clueless walk over, I hate that in MCs and it gets tired quickly. A few miss spelled words but nothing crazy. This series definitely has potential.
Read more
3 people found this helpful
Helpful
Report abuse

Ralph
5.0 out of 5 stars Funny, sexy with sweet action and spicy times! Definite recommend!
Reviewed in the United States on December 14, 2018
Verified Purchase
A funny, sexy mashup of two genres, zombie and harem, that actually works. The mc is a last man on Earth type who teams up with a sarcastic A.I. to find a hidden vault that might help rebuild the world. Along the way he encounters numerous sexy ladies who are only too eager to, um, assist him in his endeavors. Dug the action, humor, and the spicy times. A definite recommend
Read more
One person found this helpful
Helpful
Report abuse

Jpb61
5.0 out of 5 stars Apoca-fun
Reviewed in the United States on April 20, 2019
Verified Purchase
Good Apopcalypse book, enjoyed the AI and armored suit even if guy wearing it would be first one to die without the suit. Will read second book and see where this goes.
Read more
Helpful
Report abuse

KJ
1.0 out of 5 stars More pop culture references than plot
Reviewed in the United States on December 27, 2018
Verified Purchase
I tried to like this story. However,the constant pop culture bombardment and weak willed MC killed it for me. It's the zombie apocalypse and he has issues with killing a zombie? Save yourself the trouble and don't bother with this one.
Read more
2 people found this helpful
Helpful
Report abuse

Kindle Customer
5.0 out of 5 stars Great book
Reviewed in the United States on January 9, 2019
Verified Purchase
Fast moving interesting characters
Something for everyone
As long as your over 18 years old
Can not wait for the second book

^.^
2.0 out of 5 stars Confusing
Reviewed in the United States on December 22, 2018
I'm not totally clear on what this is supposed to be. If it's a post-apocalyptic story, then it's fair. If it's a comedy, it is okay. If it's a harem fantasy, it mostly fails.

Look, there are some good parts --- the snarky AI assistant seems to have the best lines and frequently steals the show. But the rest? Meh. The protagonist is either a tech-nerd, a dweeb, or a wimp, depending on the situation. This is the guy that's supposed to be a zombie-smashing warrior? Really? After TWO DAYS of training? Or the fact that he and the woman who survive the end of the world immediately separate, because during a zombie apocalypse naturally you want to be alone with no assistance. Right.
How about the fact that the protagonist gets his ass kicked by every woman he encounters? His preferred method of interaction seems to be abject surrender, then hope the women in question don't kill him. WTF? Also, how many times can one guy fall into a trap before getting a little less trusting and a little more observant? It's repetitive and frustrating. Halfway thru the book, I'm hoping the zombies just kill the idiot.

The premise is interesting, but this book is mostly a loss.
Read more
8 people found this helpful
Helpful
Report abuse
See all reviews