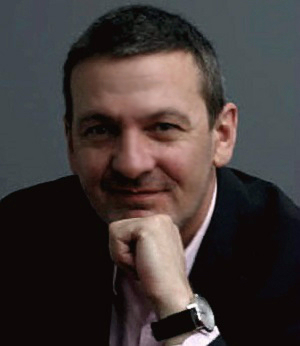 A Practical Guide to Becoming a Playwright: Real World Knowledge, Experience and Insight Paperback – May 15, 2018

"Very thorough, knowledge from experience and entertainingly so. Reader friendly writing style. No pontificating, clear, detailed.An encouraging book. It does not make the process seem intimidating...Humorous, extremely reader friendly. The writing invites us in rather than talks 'at' us. It feels as if one is sitting around a table chatting with the author." ~Stageplays.com Forum Member

From the Royal Court Theatre in London to the Playhouse Theatre in Tasmania, the works of award-winning playwright Andrew Biss have been performed across the globe, spanning four continents. His plays have won awards on both coasts of the U.S., critical acclaim in the U.K., and quickly became a perennial sight on Off and Off-Off Broadway stages.

In London his plays have been performed at The Royal Court Theatre, Theatre503, Riverside Studios, The Pleasance Theatre, The Union Theatre, The White Bear Theatre, The Brockley Jack Studio Theatre, Fractured Lines Theatre & Film at COG ARTSpace, and Ghost Dog Productions at The Horse & Stables.

He is a graduate of the University of the Arts London, and a member of the Dramatists Guild of America, Inc.

For more information please visit his website at: andrewbiss.com

Start reading A Practical Guide to Becoming a Playwright on your Kindle in under a minute.

3.5 out of 5 stars
3.5 out of 5
5 customer ratings
How does Amazon calculate star ratings?
Amazon calculates a product’s star ratings based on a machine learned model instead of a raw data average. The model takes into account factors including the age of a rating, whether the ratings are from verified purchasers, and factors that establish reviewer trustworthiness.
Top Reviews

GSR/PXD
1.0 out of 5 stars Not worth the price
Reviewed in the United States on June 12, 2019
Verified Purchase
A fast read of 150+ pages, but offers very little guidance that hasn't been published elsewhere. If one has never written a script, nor read another "how-to" playwriting book, one might find it useful.
Read more
One person found this helpful
Helpful
Comment Report abuse

heem hughes
5.0 out of 5 stars Great read
Reviewed in the United States on February 27, 2019
Verified Purchase
Loved how it sounded like the author was just talking to me
Read more
One person found this helpful
Helpful
Comment Report abuse

Samuel Radom
4.0 out of 5 stars Perfect for the first time playwright.
Reviewed in the United States on January 7, 2020
There are so many books out there on the subject of playwriting, but this one is great for beginners. It is easy to read and is organized, in a way that it will take you through the steps with clarity. The downside is that it is not thorough. Then again, that's not what the book is for. If you are looking for the be all end all guide, let me know if it exists.
Read more
2 people found this helpful
Helpful
Comment Report abuse
See all reviews from the United States