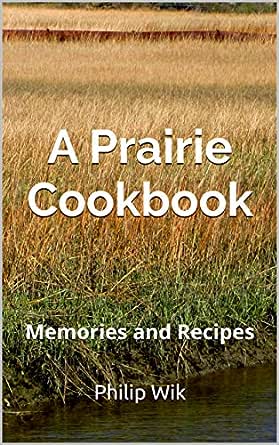 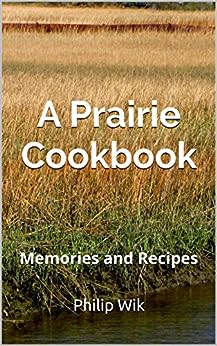 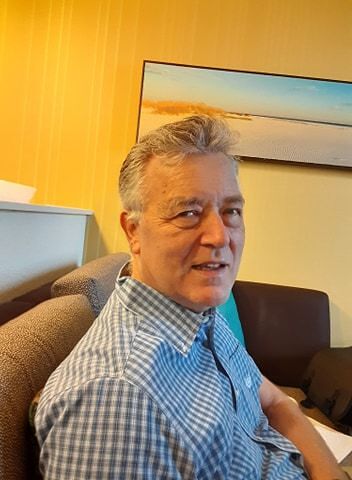 I was born in Australia and went to elementary school in Malaysia, the second son of missionary parents who worked in pre-communist mainland China and Malaysia.  I got my secondary and college education in the United States and have worked in information technology for my entire career for several multi-national corporations.  --This text refers to an alternate kindle_edition edition.

4.1 out of 5 stars
4.1 out of 5
33 global ratings
How are ratings calculated?
To calculate the overall star rating and percentage breakdown by star, we don’t use a simple average. Instead, our system considers things like how recent a review is and if the reviewer bought the item on Amazon. It also analyzes reviews to verify trustworthiness.
Top reviews

Bibi Reads, A LOT
3.0 out of 5 stars Three cents for Gopher Tails?
Reviewed in the United States on November 10, 2017
Verified Purchase
“In April of 1918, my father got very ill with pneumonia. Within ten days, he was gone— at only 43 years of age, leaving Mother with ten children and another one due the following month.”

I love family histories. When our kids were younger and we were homeschooling, we made it a point to search out real life stories of “normal” everyday life in earlier times. This history of the Wik family presents a fascinating view of life in a large farm family around the time of the Great Depression. Even reading it, I can’t imagine the young widow expecting her 11th child and soldiering on with such grace. The details were also fascinating. I’d never considered gophers a financial resource – “The county paid a bounty on gophers and crows, as they were thought to be destructive to farm crops— three cents for gophers, five cents for flicker tails (a larger breed of gophers), and five cents for crows.”

My major complaint with this book is that it seems to be two books. The recipes, although authentic, aren’t strongly tied in with the family history that surrounds them. I’d expected to see more details on when or why certain recipes were used. Without that tie in, I think this would be a stronger book without the recipes. The book would also have greatly benefited from editing, or at least proofreading. There were a fair number of typos.
Read more
One person found this helpful
Helpful
Comment Report abuse

Kdl
5.0 out of 5 stars Interesting story of a family sprinkled with recipes
Reviewed in the United States on April 11, 2017
Verified Purchase
I can't stress how important I find works like these to be for our future generations. All too soon, the settlers of our country and the way they did things, the lack of modern technology and conveinces, are becoming forgotten footnotes in the pages of history and being lost. Works like this help keep the people, the ways and the times alive for future generations.
I really enjoyed reading this book. It had some wonderful stories and vignettes about the Wik family who had immigrated to the United States plains and prairies from Sweden in the early 1900s and continues through the Great Depression. The stories were highly relatable for me, as my own great grandparents immigrated to America from Norway and Sweden to the plains and prairies of Minnesota during the early 1900s.
The recipes are easy to follow and are foods that were commonly served in this time, as evidenced by similar recipes in my own grandmother's recipe box. Foods like Cold Slaw and Pork Chops. I still make these foods today and was happy to find some new ones like the scrapple recipe in this book that I can try out. They aren't culinary masterpieces but just honest down-home good cooking that many a farmer looked forward to after a long day of hard work back when times seemed simpler but more laborsome.
This book won't win awards and I'm sure someone will nitpick about a typo or grammar, but I really think this book is worth a read and while you are at it, make up a recipe or two and think about the men and women who came far and built up this great nation of ours. 5 stars from me.
Read more
One person found this helpful
Helpful
Comment Report abuse

D. J.
2.0 out of 5 stars A Dissappointment
Reviewed in the United States on July 30, 2015
Verified Purchase
This cookbook purports to be a collection of old historic family recipes, a family that came from Sweden in the late 1800s. Some of them may be, but you would not be able to identify those from the basic recipes in the rest of this collection. Although the Mexican and Creole recipes are identifiable, and some of the deep southern recipes stand out like a sore thumb. The concept of an immigrant family cooking filet mignon stopped me in my tracks. There aren't any pictures to accompany the recipes, just one picture per chapter, and those are not identified to any recipe, you get to guess. The cookbook comprises only 66% of the book and that is including the cover, title pages, table of contents and chapter photos. The rest of the book is supposedly reminiscences of ancesters and family members of the early to mid 1900's. The oddity is the language. All of these early American settles wrote their memoirs in modern 21st Centrury American grammar, with excellent spelling and punctuation. After reading this "cookbook" in it's entirety I feel like the book is not quite what it is advertised to be. There is no sense of Swedish culture to be found, and as my own family came to America at about the same time, from Sweden, and settled in Illinois, I had looked forward to seeing reflections of true Swedish immigrants. This cookbook was a dissappointment on all levels.
Read more
21 people found this helpful
Helpful
Comment Report abuse

Jbarr5Top Contributor: Baking
TOP 500 REVIEWER
5.0 out of 5 stars Prarie life, baking no pic no nut. info but you control the contents
Reviewed in the United States on May 26, 2017
Verified Purchase
A Prairie Cookbook: Memories and Recipes by Philip Wik
Midwest memories with sketches of maps and instructions on how to do certain things.
Home canning and breakfast of days gone by compared to what we eat today.
Talks about Inex Clifford and how remarkable she was in the time.
Bread making with recipes and I'm going to try the cornbread for our meal tonight. Just trying to find the perfect one for us.
Facts and history of how others arrived in the area. What they did for fun, carried in their lunch pails and the era of the radio.
Made the corn bread and it came out perfect, doesn't crumble and is sweet enough, no grit. I even substituted the shortening with vegetable oil.
A KEEPER!
Read more
2 people found this helpful
Helpful
Comment Report abuse

deha
5.0 out of 5 stars from his family treasures.
Reviewed in the United States on September 3, 2015
Verified Purchase
Mr Wik tells that for years he had these recipes on his hobby website. The recipes are a small indication of how early settlers made do with what they had. He included in this book photographs and memoirs written by those who enjoyed or endured those days, primarily in the first few two decades of the 20th century. "This provides the context in which these meals were lovingly prepared, for children, grandparents, and field hands, and for holidays, weddings, funerals, and daily life. Both the cookbook and the memoirs paint a picture of an important time in the history of our nation. While lacking in culinary polish, these recipes more than make up with finger-licking, lip-smacking taste. I'm sure you will agree that these are wonderful recipes and a window into those years not so long ago." This is a well representation of the life of Phillip Wik, and I enjoyed it tremendously. Maybe this book is not for everyone, but you still have to appreciate the effort that the author has put into it. Not everyone can say that. their hobby is a book come true and published. I give this book 5 stars for a record of memories and good old hand me down recipes from his family treasures.
Read more
One person found this helpful
Helpful
Comment Report abuse
See all reviews