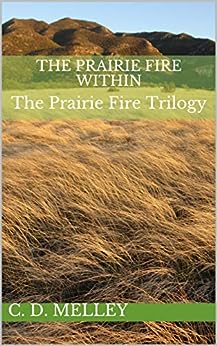 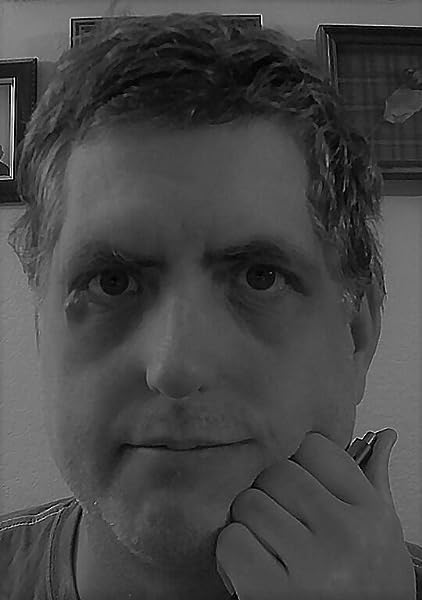 by C. D. Melley (Author) Format: Kindle Edition
Book 1 of 3: The Prairie Fire Trilogy
See all formats and editions
Sorry, there was a problem loading this page. Try again.
Amanda Bellamy, a clerk in a Toronto law firm, has just inherited her uncle's farm in the rural community of Melville, Saskatchewan. When she moves back to the farming community, she falls back in love with the community of her youth, and also falls for one of her employees. With family drama looming, Amanda needs to battle a jealous relative, and her heart, in order to tame The Prairie Fire Within.
Read more
Previous page
Next page
All 3 for you in this series See full series

C.D. Melley is a romance author currently living in Florida. He was inspired to enter the genre after reading the offerings of independent authors Danielle Taylor, Violet Haze, and Christa Simpson. --This text refers to the paperback edition.

C. D. Melley is one of two alter egos of Douglas J. McLeod (1971 - present). He originally created "C. D." as a tribute to his late great aunt, who passed away in 2013. C. D. has written "The Prairie Fire Trilogy", detailing the adventures of a farm in the rural community of Melville, Saskatchewan. He has written two other romance titles: a standalone, "A Bolt of Loving", and a collection of 15 short stories set in his former home of Ontario, Canada, "Tiny Trillium Tales." C. D. has also written six poetry collections: "Slammin' on the Rails", "Poems for a Winter's Night", "Before I Leave Canada" -- named in homage to a song by the talented Canadian songwriter, Jay Semko, -- "Stanzas from the Sunshine", "A Little Box of Poems", and "Stanzas in Self-Isolation".

Helen Hook
4.0 out of 5 stars Debut Romance Novel A Winner
Reviewed in the United States 🇺🇸 on April 7, 2014
Verified Purchase
Steamy romance, good characters, setting is so believable it makes you want to go there. Can't wait for the next in the series.
Read more
2 people found this helpful
Helpful
Report abuse

Ginnine K.
4.0 out of 5 stars Canadian romance…yah!
Reviewed in the United States 🇺🇸 on May 5, 2022
It was quite fun for me being from Canada to read a book set in the prairies of Saskatchewan. I thoroughly enjoyed the Canadian references to Timmies, double double, Saskatoon berries, real maple syrup and regular lengthy discussions about the weather. It made me smile.
The comparison between Amanda’s country life and city life was well done. You could really feel the emotional pull of both those worlds.
The love story was just what I was hoping for in a romance and had quite a bit of steam as well.
I enjoyed the quirky characters on the farm and the banter between them throughout the story that made a great backdrop to the situations as they unfolded.
The only thing I didn’t like was that I sometimes found the conversations a bit awkward when reading. Can’t quite put my finger on it but it was there. However, read the book very quickly and was quite entertained. Thank you to this author for sharing their words.
Read more
Helpful
Report abuse

Karen Hrdlicka
5.0 out of 5 stars A Lovely Prairie Romance
Reviewed in the United States 🇺🇸 on August 22, 2015
It is so refreshing to read a romance by a male author. I have tried them before and did not finish the books for different reasons. I recently met CD Melley at an author signing and found him to be a charming gentleman. That trait extends to his book. His characters are realistic and charming. The book is a mix of old fashioned romance, with hot fantasies and sex, as well as a family drama. Set against the prairies of Saskatchewan Amanda regains a sense of family that she had not known since her early days on her uncle's farm. Unfortunately the death of her uncle draws her back to the farm she spent her youth on and away from her advertising job in Toronto. On the farm she reconnects with her cousin Leonard and his wife as well as establishes a great relationship with each of the farm hands. However, she is drawn to the handsome Hank in a more sensual way. Amanda's life is put in turmoil at the reading of her uncle's will and the newly formed "family" fights to save the legacy left to her.

Mr. Melly's writing is natural and precise. His characters are regular folks that the reader can relate to. As I read I felt that I knew someone very much like each of his characters. The banter between the farm hands and the women is often funny and bawdy. The sexual tension between Amanda and Hank is as hot as they are for each other. There was a sense of foreboding that the legacy would be lost, which was maintained well until its resolution. All and all, a well written surprise from a promising new author. I am hoping to see book two in the series soon.
Read more
One person found this helpful
Helpful
Report abuse
See all reviews
Report an issue
Does this item contain inappropriate content?
Report
Do you believe that this item violates a copyright?
Report
Does this item contain quality or formatting issues?
Report