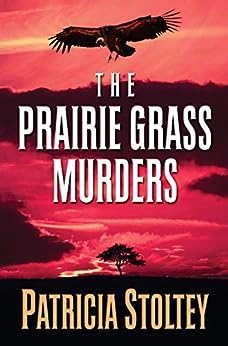 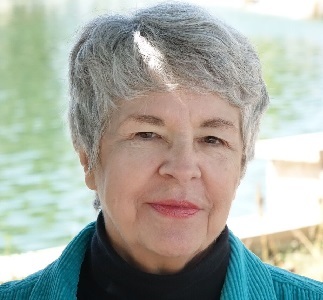 Patricia Stoltey grew up on a farm in central Illinois and has also lived in Oklahoma, Indiana, the south of France, and Florida. A retired accounts payable manager, she currently resides in Colorado with her husband. Patricia s short stories have appeared in Mountain Scribe Anthology and Cacophony. --This text refers to an out of print or unavailable edition of this title.

Amazon Customer
5.0 out of 5 stars Entertaining and Fun
Reviewed in the United States on August 9, 2020
Verified Purchase
I loved the main characters,Sylvia and Willie. Their dialogue and interactions were especially entertaining, and I'd like to see more of them in a future book.
Read more
Helpful
Report abuse

susan M. Gourley
5.0 out of 5 stars Couldn't put down
Reviewed in the United States on January 16, 2015
Verified Purchase
A clever heroine who never gives up and a thrilling mystery with twist after twist. Never underestimate those baby boomers. Will be reading more by this author.
Read more
Helpful
Report abuse

chef Bill
4.0 out of 5 stars Great First Shot
Reviewed in the United States on August 23, 2007
Verified Purchase
This is an excellant first mystery novel by a new author. The plot moves quickly within interesting twists & turns. I think she has set this for a series of books with an interesting set of key characters.
Read more
One person found this helpful
Helpful
Report abuse

What makes this book so engrossing is the well-rounded characters. Sure some of the bad guys are telegraphed from the git-go, but Stolety is deft at adding motivational twists to the action that keep the reader guessing. When you think the story line has settled onto a well-trod path, Stoltey lurches off in another direction that adds a new interpretation of the facts.

The above isn't a criticism. Most mysteries are linear: A influences B, B influences C, etc. The Prairie Grass Murders' storyline twists and turns like any good mystery, but Stoltey takes it one step further. Reading her plotline is more like peeling an onion or opening a set of nesting dolls. You never quite know what you're going to find even though you have a fair idea about where the story is going.
Read more
Helpful
Report abuse

J. Brown
3.0 out of 5 stars 3 Stars
Reviewed in the United States on August 14, 2019
Quick and interesting read (or listen!). The main characters are likable and relate-able except for that whole psychic thing. It was kind of random for them and felt odd in the story. The action starts off early on and lasts through the entire story. I am glad it didn't really have any slow parts. The ending was a little non-shocking though. It was kind of made a little obvious. There were a few smaller aspects that I didn't guess but the main stuff I did.

Good story and I will continue with the series.
Read more
Helpful
Report abuse

Ann Carbine Best
5.0 out of 5 stars Praise for The Prairie Grass Murders
Reviewed in the United States on August 5, 2012
Vietnam veteran Willie Grisseljon is hiking through the rural Illinois countryside of his youth when he stumbles over a dead body hidden in a raspberry patch. When Willie reports his discovery, the local deputy takes one look at the wild-eyed veteran--still suffering from post-traumatic stress--and locks him up in the psychiatric ward. Luckily, Willie has family in high places. His sister, Palm Beach, Florida, Judge Sylvia Thorn,brings her investigative skills to the scene.

A hike back to the spot reveals newly plowed soil and no corpse. Suspecting a cover-up, Sylvia turns to the sheriff, her old flame, to begin piecing together clues surrounding a missing business developer and the corruption and secrets he may have taken to his grave. For Sylvia, the seemingly obvious solution has a darker spectre--one that follows her home to Florida,where danger stalks her in her own backyard.

I was intrigued. I was even more intrigued when I read the first page of the book, an excerpt from chapter one.
***
"Damn." Willie let his breath go with a whoosh."Bird, dead bodies have given me nightmares ever since 'Nam." He took a deep breath. "But I guess I better check this out."
Moving closer to the brambles, Willie leaned over and pulled some of the stalks apart, painfully snagging his fingers in the process.Above the shoe, a strip of black sock led to the bottom edge of a black pant leg. Willie dropped the brush back into place.
Good place to hide a body, he thought. A raspberry patch picked clean of berries wouldn't get any attention before next year's berry-picking season. And if this patch had been pulled and stacked up for burning, or hauling, the body might never turn up.
Willie shook his head in disbelief. Why did this keep happening to him?
***
In chapter one, with a keen eye for descriptive narration and dialogue, Patricia Stoltey takes us with Willie to the body, and then into the Lincoln County Hospital where he's going to be subjected to a psychiatric evaluation, thanks to the local deputy who caught him in the grass. But first, he's going to call his sister, a Florida judge. I know exactly what she'll say, he thinks at the end of the chapter.

This is a thought that foreshadows an important insight about him that will be useful later in the plot. It's an insight that comes from his sister at the end of chapter two: "The other thing he's good at is readingpeople--feeling vibes and sensing when something isn't right."

Chapter one is third person viewpoint, through Willie's eyes. At the end of the chapter when Willie thinks he knows what his sister will say,"he shrugged and blew a little puff of air through his lips as he imagined Judge Sylvia Thorn's reaction." And then, the next sentence we read is the beginning of chapter two.

Is this Willie talking? Doesn't sound like him. But through snappy dialogue we immediately know we're now in first person viewpoint, and Sylvia is talking with Tequila Picon(Tak), a colorful character who will soon disappear and then reappear near the end of the novel at one of the crucial twists and turns of the plot.

I'm expecting the rest of the novel to be first person. But it's not. However, since Willie is a man of fewer words than his sister is, it makes sense that his third-person sections are few.

The viewpoint also serves to emphasize the differences between the protagonists. Willie is the reticent Vietnam veteran who suffers from a traumatic war shock and eats healthy food. Outgoing Sylvia is nine years younger than her sibling, and the savvy Florida judge who, in the words of her doting mother with whom she concurs, has "a wild side." She eats a lot of junk food while Willie silently rolls his eyes.

There are many colorful characters, snappy dialogue, and descriptive passages in this story that twists and turns to the last suspenseful page. A very satisfying read.
Read more
Helpful
Report abuse
See all reviews