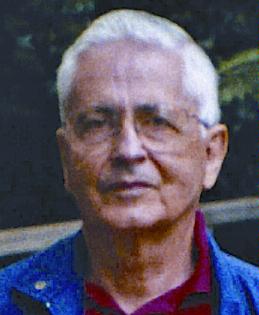 Prayer and the Knowledge of God: What the Whole Bible Teaches Paperback – Special Edition, September 10, 2004

by Graeme Goldsworthy (Author)
4.5 out of 5 stars 11 ratings
See all formats and editions
Sorry, there was a problem loading this page. Try again.
 Is it really possible to talk to God?
 Does he listen to us?
 How do we know what to say?
 Will it make any difference if we pray? Prayer is central to Christian faith and life and such questions are fundamental. While much teaching on prayer adresses practical issues and is experience-oriented, Graeme Goldsworthy's conviction is that good practice comes from a foundation of good biblical understanding. In this accessible and wide-ranging study, Goldsworthy explores the reality of God, the ministry of Jesus Christ, and our experience of being his redeemed people as the grounds for prayer, which he defines as "talking to God." Using a biblical-theological approach, he examines the principles that lie behind particular texts in Scripture, and he maps out the "progress" of prayer from Genesis to Revelation. He explains the basis for prayer, its role in our fellowship with God, and what is involved in Christian prayer. Above all, Goldworthy's desire is to encourage Christians in their praying, through a better understanding of, and reflection on, the "big story" of the whole Bible.
Read more
Previous page
Next page

Graeme Goldsworthy is an Australian Anglican and Old Testament scholar. He was formerly lecturer in Old Testament, biblical theology and hermeneutics at Moore Theological College in Sydney, Australia and continues to teach there part time. Goldsworthy is the author of According to Plan, Preaching the Whole Bible as Christian Scripture, Gospel & Kingdom,The Gospel in Revelation and The Gospel and Wisdom. He has an MA from Cambridge University and a ThM and PhD from Union Theological Seminary in Virginia.
Tell the Publisher!
I'd like to read this book on Kindle

torowan
5.0 out of 5 stars Prayer as the God of Christianity reveals it
Reviewed in the United States on September 18, 2005
Verified Purchase
Popular understanding of prayer often falls into one of two categories, in their simplest categorized either as teaching a mystic, abstract spiritualism, or as teaching "follow the secret knowledge I've discovered to get God to do what you want him to." This book provides a much-needed relief from those aberrations.

Goldsworthy presents the scriptural practice of prayer, and teaching about prayer, comparing it primarily with common practice and teaching within the church (i.e., not with the egregious error I opened this review with), and finds much room for improvement. For example:
- Unlike the often expressed view that there is "power in prayer", power is in God; prayer is a means of grace by which we communicate with God;
- Unlike the often expressed view that there is "power in faith", power is in God; strong faith is not a mystic attitude by which we get God to do what we want, but a confidence in the God who really exists, through which we trust Him to do what He wants in us for his glory and thus for our joy;
- Unlike the popularly taught "Dear Jesus" prayers, Christian prayer is to the Father, through the Son, by the power of the Holy Spirit;
- In general, prayer rightly understood is all about God, it is not all about us.

Rather than ranting against non-Biblical patterns, Goldsworthy provides a better answer. This book is no sound byte theology build from an obscure verse. Goldsworthy surveys prayer throughout the Bible, considering how it develops from Genesis through Revelation. Each development is considered within its chronological context as God progressively revealed his plan, but always is interpreted it in light of the completed revelation in Jesus Christ as the intermediary by whom we pray to God the Father.

Goldsworthy does not lay a guilt trip on us for "not praying enough"; as in all of our lives, in ourselves we are indeed inadequate, but the solution to this is not "working harder", but God's grace.

Do not read this book expecting to find a ready "how to" manual. Goldsworthy would view that the form of prayer (liturgical or casual? spontaneous or formal?) is largely beside the point, and certainly secondary. What matters is that our developing practice of prayer be based on our developing knowledge of God, as he has revealed himself to us, and in light of our current position in Christ - who came to redeem us, who comes to be with us through his Spirit, and who is coming in the consummation. This book clearly lays out and communicates the major framework of this knowledge. The content of this book, translated into practice, will revolutionize much of the practice of prayer in the church today, bringing us back into alignment with God's vision of how it should be.

This book is readily understandable though (or because!) it is not written in a populist style. In dealing with its subject matter, one's entire worldview and theological framework necessarily play a part. Goldsworthy acknowledges, but does not elaborate on, his framework. Being that it is generally in agreement with what (I believe) to be true, I heartily commend this book to anyone seeking to align their practice of prayer with what God reveals it should be.
Read more
53 people found this helpful
Helpful
Report abuse

William Clayton Hood
4.0 out of 5 stars A good introduction to a difficult subject
Reviewed in the United States on September 12, 2011
Verified Purchase
A lot of people have trouble praying, as they were not taught how by their families or in the catechesis of their church. This book is a great primer on the subject of prayer, and explores how we pray and why we pray the way we do (or ought to). The Biblical Theology approach is quite refreshing; he doesn't try to work it into some grand system, but rather treats with this important subject in it's own right as the Bible presents it. He also draws a wealth of knowledge from the many Christians who has gone on ahead of us. As with anything Goldsworthy, he can take a heavy Reformed slant at times, but you can work around that if you are a Lutheran or Arminian; it informs his theology but there are enough good points to power on through!
Read more
6 people found this helpful
Helpful
Report abuse

Sharon
5.0 out of 5 stars The title says it all
Reviewed in the United States on September 13, 2018
This is not a how-to book on prayer but certainly informs the 'how'. A comprehensive look at prayer, as the title suggests, using the whole of Scripture. He challenges many popular assumptions on prayer and answer some of the most challenging questions that Christians have on the subject.
Read more
Helpful
Report abuse

Ronald A. Johnson
2.0 out of 5 stars Prayer?
Reviewed in the United States on August 21, 2008
If you do not want to be insired in prayer. If all you are looking for is pure theology on prayer without help in your own prayer life, than buy this book. It was a total bore. I only got half through and had to put it down.
Read more
3 people found this helpful
Helpful
Report abuse
See all reviews
Back to top
Get to Know Us
Make Money with Us
Amazon Payment Products
Let Us Help You
EnglishChoose a language for shopping. United StatesChoose a country/region for shopping.
© 1996-2022, Amazon.com, Inc. or its affiliates