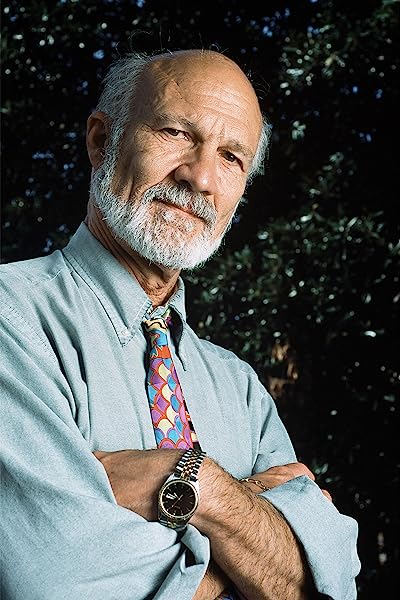 Jeremy D. Scott
5.0 out of 5 stars Great form
Reviewed in the United States on January 3, 2017
Verified Purchase
I've been using this book of prayers from Uncle Stanley for years. Some of the prayers are dated now, but this book has also helped me write my own prayers. What this book has done that others hasn't has shown how using every day language can be a powerful, meaningful, and understandable way of leading in corporate prayer.
Read more
One person found this helpful
Helpful
Comment Report abuse

Loys Gentry
5.0 out of 5 stars Stanley speaks not only plainly but deeply
Reviewed in the United States on October 29, 2013
Verified Purchase
First time to read Prof Hauerwas but already sharing his words with others. Certainly one I will delight in reading often.
Read more
One person found this helpful
Helpful
Comment Report abuse

Just Me
1.0 out of 5 stars I'm not going to waste my time or money on this book.
Reviewed in the United States on November 19, 2019
Never heard of the author before so I looked up his profile on Wikipedia. Other than a brief period in his youth as a bricklayer, Hauerwas has spent his entire adult life inside the halls of academia. He's never pastored a church or held a position in a church where he would come in contact with real people who live and work in the real world and have real problems. His "Reforming Christian Social Ethics: Ten Theses" is such academic gobbledygook that it's a pain to try to read.
Short story is I wouldn't trust anything he wrote.
Read more
Helpful
Comment Report abuse

Chad Oberholtzer
4.0 out of 5 stars Unique and easy to read...
Reviewed in the United States on January 12, 2007
This book offers about a hundred prayers that Stanley Hauerwas has prayed at the beginning of his classes at Duke Divinity School. I am familiar with his name, but I had never read any of his work before, so I was intrigued to read this one.

What makes this book of prayers so refreshing and somewhat unique is that it is completely genuine and honest. There doesn't seem to be any hint of pretense, not a shred of saying what we're supposed to say when we pray. Instead, he is brutally forthright with confusion, frustration, and even anger. I've never read a book of prayers quite like this.

My primary critique, however, is somewhat common in prayer books. There are a number of times when it seems that Hauerwas is primarily preaching through his prayers, ultimately communicating to the listener more so than God. Though he remains utterly frank in this context, it seems that he departs from the ultimate purpose of prayer, which is communication with God.

Ultimately, I am glad to have read this book. Though it could easily be read in one sitting, I chose to read it over a series of months in small chunks during a regular prayer time. Hauerwas is engaging and challenging, two descriptive words that are all too rare for prayer. I recommend "Prayers Plainly Spoken."
Read more
2 people found this helpful
Helpful
Comment Report abuse

Jeffrey Sykes
4.0 out of 5 stars A Theologian Prays
Reviewed in the United States on August 25, 2002
For a theologian who insists that Christian theology is about the task of learning to pray, a book of his prayers is very helpful to understanding his theology. Certainly these short prayers contain the nub of what he expresses elsewhere in his work. Thus, this book serves in some ways as a primer to Haurewas' thought. More importantly, the book is a challenging book of prayers that may be prayed so that God can change his Church to be a people conformed to the image of his son Jesus Christ.
I disagree with the other reviewer that Hauerwas is a "self-righteous demagogue." Indeed, one would be hard pressed to advance that Hauerwas sees 11 September 2001 as the judgment of God on America. While other Christian "leaders" advanced that view, that view would be in fundamental theological contradiction to other prayers in the book.
Instead, Hauerwas is expressing his deep conviction that Christians must be peaceful people. How could one pray "Save us from our American Power" without also praying "Mercy for the War-Dead?"
Here is that prayer: "Dear Lord, at our feet lie dead Iraqis, dead Kuwaitis, dead Kurds, dead Croats, dead Slavs, dead Salvadorans, dead Americans, dead Palestinians, dead Israelis, dead Jews, dead children, dead Christians--dead, dead, dead. We ask your mercy on these war-dead sisters and brothers. We ask for the same mercy for ourselves, for our failure to be your peace, to be the end of war. Save us from the powers that capture or imagination so we think our only alternative is war. We know we cannot will our way to peace, for when we try we end up fighting wars for peace. So compel us with your love that we might be your peace, thus bringing life to this deadly world. AMEN."
What some take to be Hauerwas' bombastic approach is really a frankness that is refreshing to read. These prayers reveal a person who lives and feels (read "On the Death of a Cat") and is on the journey with the rest God's people.
Read more
8 people found this helpful
Helpful
Comment Report abuse

R. Cannata
4.0 out of 5 stars Classic Hauerwas
Reviewed in the United States on October 24, 2004
If you hate Hauerwas (and everybody does, at least a little) then stay away from this one. But if you have wrestled with him and are at peace with his idosyncratic, unique perspective, then you will find some gems in here. This is good for devotional use. Its useful for finding phrases for leaidng prayer in certain corporate worship settings. It is helpful for theological reflection.

From time to time my Orthodox Reformed theology bristles at his Arminian (though unevenly so), Neo-Orthodoxy. That's not the point. If you want a 'safer', more staid, noble, reformed set of prayers, get Hughes O. Old's excellent Leading in Prayer: A Workbook. But if you wnat a challenge and a laugh, Hauerwas is great.

Oddsfish
5.0 out of 5 stars Good
Reviewed in the United States on February 18, 2006
Hauerwas claims in the introduction that he's not a poet. That's one time when he's wrong. In these prayers, he seems to me to be doing what a poet does, remaking language. These prayers are beautiful, almost despite being written in our Christian language that has been so worn out for so long. These are definitely not typical sentimental, flowery prayers. Instead, as the title of the volume suggests, they're plain, and all the better for it. As other reviewers have noted, there's an edge here (often a humorous one), and that's a good thing. There's a sense of immediacy present that demands from the reader a loss of complacency and also a sort of revisioning of life. And it seems like making those sorts of demands are exactly what good poets and theologians do. This is well worth a read.
Read more
4 people found this helpful
Helpful
Comment Report abuse
See all reviews