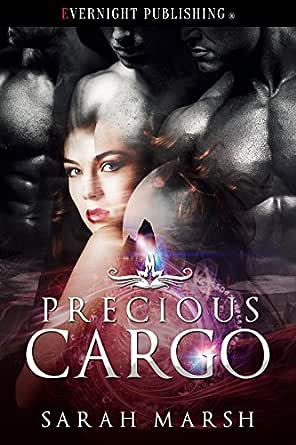 You've subscribed to Alien Captors! We will preorder your items within 24 hours of when they become available. When new books are released, we'll charge your default payment method for the lowest price available during the pre-order period.
Update your device or payment method, cancel individual pre-orders or your subscription at
Your Memberships & Subscriptions
There was an error. We were unable to process your subscription due to an error. Please refresh and try again. 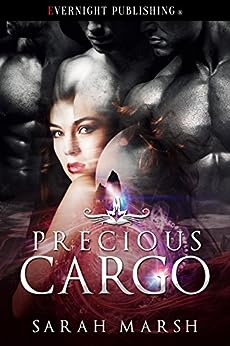 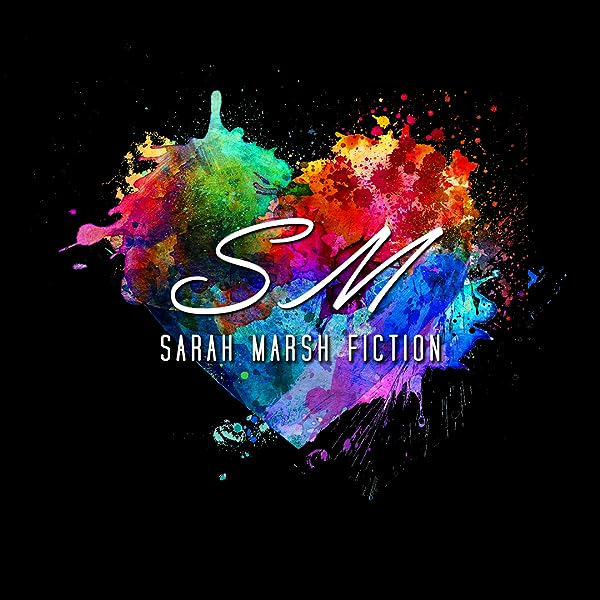 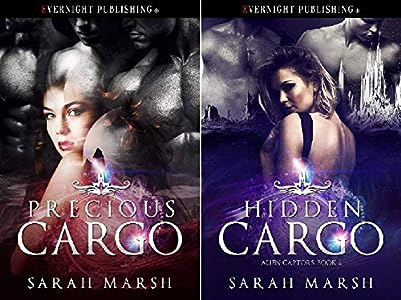 Donna
5.0 out of 5 stars Oh Boy
Reviewed in the United States on July 19, 2016
Verified Purchase
This book was wonderful, Sarah Marsh has done it again. She writes wonderful books. Reading her books take you to places and to men you wish were real. This is a book about one lonely earth women and three very very hot alien men.
Read more
Helpful
Comment Report abuse

Sylvia
5.0 out of 5 stars Wow
Reviewed in the United States on September 25, 2016
Verified Purchase
Holy heaven! This book is sweet, caring, and hot. This a book for one with an open mind and heart. Amazing.
Read more
Helpful
Comment Report abuse

Avid Reader
5.0 out of 5 stars Sexy Sci-fi Romp!
Reviewed in the United States on June 26, 2016
Verified Purchase
I really love Sarah! And this book does not disappoint! Love all the characters, and Alison proves to be a strong and fierce one! The guys pissed me off a little, but I love when characters can evoke an emotional response from me. I would definitely recommend this one!
Read more
Helpful
Comment Report abuse

Kindle Customer
5.0 out of 5 stars Out of this world
Reviewed in the United States on June 24, 2016
Squeals a new series from the amazing Sarah Marsh Gimme yes that was my response when i got this book only last night. Every book i read by this author is amazing i can see how much her writing has progressed and gotten better and better with each new book she brings out.

Alison Baker has woken up too a nightmare... she has been kidnapped by monsters. She is in utter shock yet she has too deal with it in the best way that she knows how to...one day one step at a time.

When it comes to her future, Alison will have to learn to open up her mind as well as her heart if she has any hopes to survive this strange new world that she is in.

When Clan Drogan’s ship gets attacked by pirates, their spoils of war come in the most unexpected of all packages. The Clan have never met any female like Ali before, she is a human and that's a biggie in itself but she also has all these qualities about her she is sweet has a very caring nature and draws them to her like moths to a flame.

But the men have their own commitments. Will they all be able to decide once and for all if the woman they’re promised to is the right one for them? Or will they take a huge risk on there attraction to Ali?

Ali knows that Conn, Kal, and Tannen are all spoken for, but that doesn't mean that she can’t have feelings.... right? she just cant seem to help herself. They all introduce her to so all this pleasure that she’s never even imagined.

So how can just a taste of this ever be enough? Will Ali be able to find the ultimate of strength's to stand up and fight for what she wants or should i say the Clan she wants or will she lose the three men that she loves so much.

So what can I say about this amazing book which can show how much I loved it well the fact that Sarah Marsh is one of the queens of Sci Fi Romance helps as well as the fact that readers no that the author does not write weak story lines.... yes she is amazing the whole world building the descriptions of the Clan right down too there skin colours.... you feel like you are there that you can actually see with your own eyes what is unfolding in front of you.... well its nothing short of epic.

The characters are just all awesome I loved each of them for different reasons Con well he is the captain the strong fearless leader Tannen the hot Doctor and Kal the flirt the one too make you laugh and swoon all at the same time as well as being a risk taker.... mm its so hard too choose a favourite, It really is. But one thing I love about them all was there unity there love for one another they are a team/Clan. And there is Alison she was just an ordinary woman live a normal yet boring life on Earth but now she is on the adventure of her life and then some... wowza, see what I loved about her is as much as she was scared was as much as she was fascinated with the guys the way they were travelling and the very things around them her curiosity was an added bonus an extra for us the readers too see it through her eyes.

Hear is one of my favourite excerpts I loved it because of the sheer passion and the flirtatiousness of Kai.

“I see I’ve arrived just in the nick of time.” Kal smiled as he walked up to the couple and ran a finger gently along Alison’s flushed cheek. “Is there room for one more?”

He loved the way her blush got brighter as she bit her lip and nodded yes to him. Conn lifted his head from nibbling on her neck, and Kal slowly leaned in to take the other man’s mouth in a sultry, deep kiss. Alison’s breathing became even more rapid and her eyes went heavy with lust as she took in the scene before her."

A truly amazing read one which will have you glued to your seat for hours and keep you reading and reading till you get too the end where your left with a happy yet sad feeling that the book is over... And now you need you want more. I do hope there is many more books too come.

5 Out Of 5 Hearts From Cariad Books.

LAS Reviewer
3.0 out of 5 stars Good Reading
Reviewed in the United States on September 6, 2016
I really enjoyed this delightful fantasy frolic.

Precious Cargo begins a promising new series by Sarah Marsh. The characters were amazing. The story starts out on earth where Alison Baker is a lonely woman who gets abducted from her home and then wakes up somewhere in a far away galaxy. The space pirates, or Wargs as they were called, intend to sell her as a pleasure slave but their luck runs out when they attack the trade ship of Clan Drogan. Conn, Tannen and Kal rescued Alison from the pirates and were surpised at how different she was from the females of their planet. They are relationship partners and soon they realize that Alison would be the perfect bond mate for them. The main problem being that they are already committed to another female back on their home planet.

This was a very entertaining and sexy story. It was fast paced and incredibly descriptive. Sarah Marsh painted a vivid picture of everyone and this helped to pull me into the story. I really liked the main characters and how sweet and protective that Conn, Tannen and Kal grew of Alison. I also enjoyed the hot menage sex scenes, of course.

Precious Cargo is the first book that I’ve read by Sarah Marsh. I was very impressed with her amazing writing and look forward to more fabulous books in this series.

Kam Brook
4.0 out of 5 stars 4.5 stars -- a fantastic, steamy read!
Reviewed in the United States on October 16, 2016
4.5 stars (review request submitted by the author for an honest critique)

Many women (and men) can relate to Ali’s plight in the beginning of “Precious Cargo”. She’s 35, single with no prospects. She eats dinner alone, watches tv alone, because she has no family — no one to love her.

Then, in a blink of an eye, her luck changes.

No, she didn’t meet “the one” on Match.com or eHarmony. Instead, she was whisked away on a spaceship where she was rescued by three hunky aliens.

Before you ask, cause I know you’re dying to know, yes she was probed but she wanted to be — practically begged for it.

I could say the Seria 9 strain she was injected with by her abductors was the sole reason why she became so touchy feely. I mean, yes, the side effect of the strain was the need for bodily contact. And, no real surprise skin to skin contact proved most effective. 😉

But really, I think being surrounded by three men who were sexually attracted to her and each other might have something to do with her sexual awakening. It would be hard for anyone not to be affected by them, under the influence of Seria 9 strain or not. Right?

Picture this, at 88 pages, Alison (and us readers) were treated to scenes where everyone got handsy with everyone.

No one was left unsatisfied and, if you pick up this book, you won’t be either.
Read more
Helpful
Comment Report abuse
See all reviews