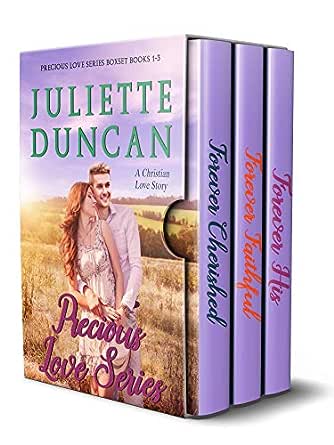 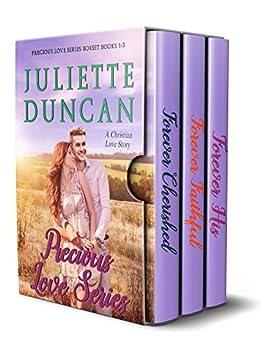 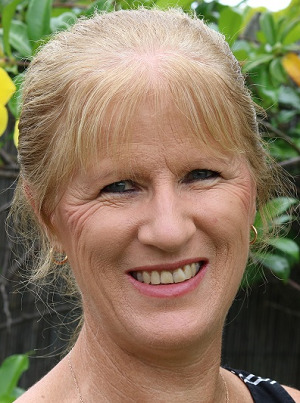 4.9 out of 5 stars
4.9 out of 5
22 customer ratings
How does Amazon calculate star ratings?
Amazon calculates a product’s star ratings based on a machine learned model instead of a raw data average. The model takes into account factors including the age of a rating, whether the ratings are from verified purchasers, and factors that establish reviewer trustworthiness.
Top Reviews

Amazon Customer
5.0 out of 5 stars Absolutely Awesome Stories
Reviewed in the United States on April 16, 2019
Verified Purchase
The whole series was so well written. It got you into the minds of the characters and the detail of each of their experiences left you feeling like you were right along with them. And the Biblical references were incredible and perfect. Loved the whole series.
Read more
Helpful
Comment Report abuse

Forever Cherished:
Wow. This was a wonderful blend of Leah’s story with Tess and Ben’s. I loved getting to know Leah and her past and finding out more of what is going on in Tess, Ben, Jayden, and Naomi’s life. I’m super excited to find out what the next book holds!

Forever Faithful:
I was surprised at the time jump to this book as all the others of their story has been pretty much one after the other, however, I had been hoping for more of Jayden and his story. I was not disappointed! This book really was incredible.

Forever His:
The last book in the Precious Love series. I am saddened to see this series end, but so thankful that Unchained will be one last connected bonus book. We've been with these people for so long, through so many books, with their trials and joys. I really liked getting to adventure around the world with Jayden and Ange on their backpacking honeymoon. It was exciting to live vicariously through them and experience these places and learn things.

I received a free copy of this boxset and am voluntarily leaving an honest review.
Read more
Helpful
Comment Report abuse

richard joesten
5.0 out of 5 stars Precious love Series
Reviewed in the United States on October 26, 2018
This is a fantastic read. The Author takes you into some situations that life brings you. That I feel the Author did a fantastic job with the characters and bringing them out. Bring your tissue boxes along. I Love the first books Character Tessa experiencing a new born. This is an amazing read that is definitely a must read. That you will experience alot of different emotions. But this Author is fantastic at doing this from what I have read. You feel like your right there in the scenes with the characters. I highly recommend.
Shauna Joesten
Read more
Helpful
Comment Report abuse

Debbie Jamieson
5.0 out of 5 stars Very inspirational stories.
Reviewed in the United States on September 20, 2018
This box set is filled with inspirational stories. The characters are all amazing people who you will enjoy reading about. You will feel God working throughout this whole box set. I had the honor to review this set for the author for a honest review. I would give this book a higher rating than a five star review if I could.
Read more
One person found this helpful
Helpful
Comment Report abuse

Susan M Jalosky
5.0 out of 5 stars A great series!!
Reviewed in the United States on October 26, 2018
Another good series by Juliette Duncan! Even though her books are fiction they are filled with true to life experiences woven into a good storyline. Just to name a few; disappointments, grief, joy, reconciliation, redemption, encouragement and above all God's Sovereignty in each character's life. I have been blessed by her stories which show how we can rely on God’s strength and wisdom to get us through these life experiences!!
Read more
Helpful
Comment Report abuse

patjoy
5.0 out of 5 stars GOD IS FAITHFUL
Reviewed in the United States on October 26, 2018
I liked that Forever Cherished was about God's grace & love in action. I liked that Forever Faithful was about how GOD brought good out of trials & that people gave their loves to Christ was emphasized. In forever traveling around the world is emphasized & details about different sites visited. I like how the main characters trusted GOD & he brought good out of the trials. I loved the whole series.
Read more
Helpful
Comment Report abuse

bejoyfulalways
4.0 out of 5 stars A great series
Reviewed in the United States on January 5, 2020
A great continuation of the True Love series. The author does a great job of knitting together a storyline. The characters develop and you see how they lean on God when things get tough.
Read more
Helpful
Comment Report abuse

Phyl
5.0 out of 5 stars A great series!
Reviewed in the United States on February 7, 2020
I have thoroughly enjoyed this series each book was entertaining. It will excite you, bring you to tears as well as fill your heart with inspiration through the Word of God!
Read more
Helpful
Comment Report abuse
See all reviews from the United States

Deb Crahart
5.0 out of 5 stars Excellent series
Reviewed in the United Kingdom on May 19, 2019
Verified Purchase
Brilliant set of books with characters running through each one, you get involved in their lives and pray with them. References to scripture are amazing and make you think about your own spiritual walk.
Read more
Helpful
Sending feedback...
Thank you for your feedback.
Sorry, we failed to record your vote. Please try again
Report abuse