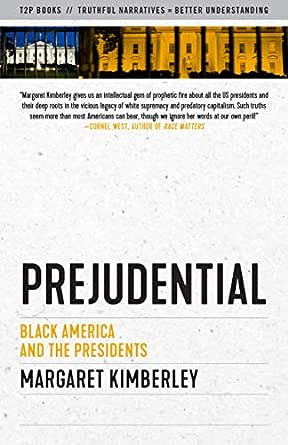 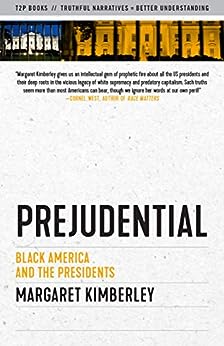 "Margaret Kimberley gives us an intellectual gem of prophetic fire about all the U.S. presidents and their deep roots in the vicious legacy of white supremacy and predatory capitalism. Such truths seem more than most Americans can bear, though we ignore her words at our own peril!" -- Cornel West, author of Race Matters

Margaret Kimberley is a New York-based writer and activist for peace and justice issues. Dr. Cornel West has called her “one of the few great truth tellers who, along with Glen Ford, Adolph Reed, Jr. and Bruce Dixon, preserved her integrity during the Obama years.” She has been an editor and senior columnist for Black Agenda Report since its inception in 2006. Her work has appeared in the Dallas Morning News, Consortium News, American Herald Tribune and CounterPunch. She is a contributor to the anthology In Defense of Julian Assange. She is a graduate of Williams College and lives in New York City.
See all Editorial Reviews

Fit mom 1
5.0 out of 5 stars Should be required reading
February 11, 2020
Format: PaperbackVerified Purchase
This should be REQUIRED reading for all high school students! It captures the truths about our nations presidents, facts not typically discussed in history classes. Well done. Brava
Read more
One person found this helpful
Helpful
Comment Report abuse

Peter Benjaminson
5.0 out of 5 stars A Very Revealing and Informative Book about America's Presidents
February 10, 2020
Format: PaperbackVerified Purchase
I wish I had come up with this idea for a book. It's a simple and straightforward idea that Ms. Kimberly has executed perfectly. A totally fascinating read. I highly recommend it.
Read more
One person found this helpful
Helpful
Comment Report abuse

Michael Taylor
VINE VOICE
4.0 out of 5 stars Good Read On Presidential Legacies With Blacks In America
February 7, 2020
Format: PaperbackVine Customer Review of Free Product( What's this? )
"Prejudential" is a good read on the relationship with our nation's presidents and their relationships with and policies that have affected black Americans. The author pulls no punches and seems to treat all presidents, Republican and Democrat, fairly.

Each chapter is around 3 to 5 pages long, covers specific policies that affected (positively or negatively) black Americans, and ends with the author's view on the president's legacy. Interestingly, presidents who would have seemed to be great allies of and friends with blacks (Lincoln, FDR, Truman, Kennedy, Obama, etc.) acted in ways contrary to popular opinion.

The writing is easy to understand and smoothly flows from chapter to chapter. A good read whatever your political persuasion or viewpoint of racial relations in America. This book is a thought-provoking, whether or not you agree with the author's conclusions.

Kindle Customer
4.0 out of 5 stars How have presidents treated the blacks.
February 9, 2020
Format: Kindle Edition
This is an interesting account of each president from Washington on down to the present time. What they have done for the blacks and what they promised and never did. Also includes some of the story of the movement of the Indians as well.
Read more
Helpful
Comment Report abuse
See all 4 customer reviews
Write a customer review