Save up to 5% on auto-deliveries.

We'll send you a reminder before each delivery.
Learn more
Get it Tuesday, Dec 6
In Stock.
Qty: 1
Deliver every:
4 months (Most common)
4 months (Most common)
[{"displayPrice":"$16.49","priceAmount":16.49,"currencySymbol":"$","integerValue":"16","decimalSeparator":".","fractionalValue":"49","symbolPosition":"left","hasSpace":false,"showFractionalPartIfEmpty":true,"offerListingId":"Opb9Cefi5Nr%2F7TCIEQ%2FCmQBRP06rA%2F%2BLmTuyXK2KMHIuXAGSfaFGuLOdDHnVKFL4Npg0rMFjT3TqZP13bLC%2F9M7GVcgJiGYJ%2BiinuapMdGZo2esSB45TyM6Bp7oRbl8SYRFaLCcqHT0Rsotmuq030QmnRQqnNJpbNbex%2FuIL0eplJmElWZyU7ie2aJLTpmta","locale":"en-US","buyingOptionType":"NEW"},{"displayPrice":"$16.49","priceAmount":16.49,"currencySymbol":"$","integerValue":"16","decimalSeparator":".","fractionalValue":"49","symbolPosition":"left","hasSpace":false,"showFractionalPartIfEmpty":true,"offerListingId":null,"locale":"en-US","buyingOptionType":"SNS"}]
Price ($16.49x)
$16.49
Subtotal
$$16.4916.49
Subtotal
Initial payment breakdown
Shipping cost, delivery date, and order total (including tax) shown at checkout.
Enhancements you chose aren't available for this seller. Details
To add the following enhancements to your purchase, choose a different seller.
%cardName%
${cardName} not available for the seller you chose
${cardName} unavailable for quantities greater than ${maxQuantity}.
Auto-deliveries sold by EOI Naturals and Fulfilled by Amazon
Share
Have one to sell?
Sell on Amazon

Make it a bundle
We found 10 bundles with this item: 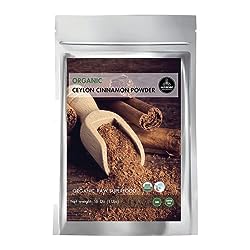 USDA Organic products are grown and processed according to standards addressing soil and water quality, among other factors.

USDA Organic products must be produced using farming practices that maintain and improve soil and water quality, minimize the use of synthetic materials, conserve biodiversity, and avoid genetic engineering, among other factors. Crops can be certified organic if they’re grown without prohibited substances such as most synthetic fertilizers and pesticides for three years prior to harvest. Products that contain a minimum of 95 percent organic ingredients and use the USDA Organic seal are part of Climate Pledge Friendly.

Naturevibe aim to provide the good quality of organic products worldwide, thereby encouraging people to choose a healthy, nutritious lifestyle. We offer a wide range of products which not only add flavor to your food, but also boast of tremendous medicinal properties.

Our inherent belief is to only manufacture and supply products which we, ourselves are ready to consume without an iota of doubt about its quality. We sell only what we use and that is our duty towards the quality of our products and the safety and wellness of our customers and of the entire planet.

Cinnamon is an ancient spice that comes from the bark of several species of the Cinnamomum genus of evergreen trees, which belong to the laurel family. The most popular types of cinnamon are native to Sri Lanka and China, though cinnamon is grown throughout Asia, Europe, and North America.

In antiquity, cinnamon was prized as much for its sweet, sharp, and sensuous fragrance as it was for its taste. The ancient Egyptians used cinnamon along with myrrh to embalm the dead, and the Romans burned it on funeral pyres. It was used in religious ceremonies by the ancient Hebrews and is mentioned in the Bible as an ingredient in the preparation of a holy anointing oil.

During the Middle Ages in Europe, cinnamon was a status symbol ingredient in cuisine enjoyed by the elite, brought west from Ceylon (now Sri Lanka) by Arab traders. The Portuguese took over the cinnamon trade in Ceylon during the 15th century, and centuries of fighting over the spice ensued between them, the Ceylonese, and Dutch and British colonizers. In time, cultivation of the sought-after spice spread across the globe. Today, cinnamon is more likely to evoke feelings of comfort rather than bloodlust.

The cinnamon you have in your kitchen cabinet is most likely to be Cinnamomum cassia, which is native to China and the most common type sold in the United States and Canada. Cinnamomum verum, also known as true cinnamon or Ceylon cinnamon, comes primarily from Sri Lanka. It is more delicately flavored than cassia and more highly prized, though less widely used. Other commercially available types of cinnamon include Cinnamomum burmannii (also called Indonesian cinnamon) and Cinnamomum loureiroi (also known as Vietnamese cinnamon). Many lesser-known species of the cinnamon tree exist, too

Cinnamon's unique healing abilities come from three basic types of components in the essential oils found in its bark. These oils contain active components called cinnamaldehyde, cinnamyl acetate, and cinnamyl alcohol, plus a wide range of other volatile substances :

Amazon Customer
1.0 out of 5 stars Terrible product! Not what we expected!
Reviewed in the United States on October 7, 2019
We ordered this cinnamon after having been previously satisfied with the brand. The packaging seems to be the same but when we opened it, the texture, consistency, and most importantly smell and taste were nothing like what we previously had! The most recent package tastes like a mixture of cinnamon and sand. It is gritty and does not have the same clean but intense cinnamon flavor of the previously received package. We would understand if this was a fluke and for some reason the cinnamon was packaged incorrectly but after reading other comments it seems like this problem happens all the time! Stay away from this company as they mislead their customers by selling them poor quality merchandise that does not meet expected standards.
Images in this review

Felicia Morris
4.0 out of 5 stars True Cylon, rough grinde
Reviewed in the United States 🇺🇸 on November 8, 2022
Size: 1 Pound (Pack of 1)Verified Purchase
The cinnamon smells right like true Cylon cinnamon. However the grind on the cinnamon is weird. It looks like a rough grind rather than a fine or powdered grind, and leaves lots of debris when using it for culinary purposes
Read more
2 people found this helpful
Helpful
Report abuse

Larry McCune
5.0 out of 5 stars This doesn't taste like the regular cinnamon
Reviewed in the United States 🇺🇸 on November 19, 2022
Size: 1 Pound (Pack of 1)Verified Purchase
It seems like it's fresh it doesn't seem to have a flavor or a scent?
Read more
One person found this helpful
Helpful
Report abuse

susan s
4.0 out of 5 stars Not fine enough for baking
Reviewed in the United States 🇺🇸 on October 9, 2022
Size: 1 Pound (Pack of 1)Verified Purchase
This is the cinnamon in my yogurt. It is very flavorful. It it not finely ground enough to use in cookies or other baking you would not want it to show up in. I don’t mind crunching on it, I love cinnamon, but I don’t know how that would go in a cookie or pastry.
Read more

4.0 out of 5 stars Not fine enough for baking
By susan s on October 9, 2022
This is the cinnamon in my yogurt. It is very flavorful. It it not finely ground enough to use in cookies or other baking you would not want it to show up in. I don’t mind crunching on it, I love cinnamon, but I don’t know how that would go in a cookie or pastry.
Images in this review

Amazon Customer
5.0 out of 5 stars Awesome product!
Reviewed in the United States 🇺🇸 on November 20, 2022
Size: 1 Pound (Pack of 1)Verified Purchase
Excellent for any purpose you have.
Read more
Helpful
Report abuse

Dorothy Kusey
4.0 out of 5 stars Coarce
Reviewed in the United States 🇺🇸 on October 24, 2022
Size: 1 Pound (Pack of 1)Verified Purchase
It is a little coarse. Larger pieces of bark. Has good aroma and flavor.
Read more
3 people found this helpful
Helpful
Report abuse

William G.
5.0 out of 5 stars To mild for me.
Reviewed in the United States 🇺🇸 on November 4, 2022
Size: 1 Pound (Pack of 1)Verified Purchase
To mild for me, guess I am use to the regular store bought cinnamon.
Read more
One person found this helpful
Helpful
Report abuse

Marc O.
1.0 out of 5 stars It is not Ceylon cinnamon.
Reviewed in Canada 🇨🇦 on March 8, 2019
Size: 1 Pound (Pack of 1)Verified Purchase
It is not Ceylon cinnamon. It is easy to know with the smell, taste, color and texture.
I tried the brand laksoil also in the same purchase. Laksoil is Ceylon Cinnamon. Don't get fooled. I won't return the product because it is too much trouble sadly.

Steven Lea
5.0 out of 5 stars Whatever is more convenient.
Reviewed in Canada 🇨🇦 on November 18, 2018
Size: 1 Pound (Pack of 1)Verified Purchase
It’s cinnamon. Ceylon tastes lighter but it’s healthier. I got exactly what i wanted and the price was about right compared to stores. If you want to buy it quicker from a store, do that. Otherwise if you want to wait, you can get it here. That’s about all i can say.
Store + Gas getting there = the same as buying it here + Shipping.
Read more
One person found this helpful
Report abuse

Way better deal than grocery store. Also grocery store has no Ceylon, just bastard cinnamon, 10 times out of 10, at least in the multiple grocery stores in my city.
Read more
2 people found this helpful
Report abuse
See all reviews