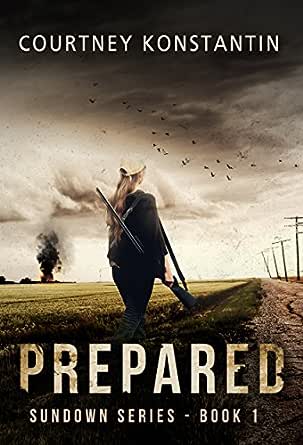 You've subscribed to Sundown Series! We will preorder your items within 24 hours of when they become available. When new books are released, we'll charge your default payment method for the lowest price available during the pre-order period.
Update your device or payment method, cancel individual pre-orders or your subscription at
Your Memberships & Subscriptions
There was an error. We were unable to process your subscription due to an error. Please refresh and try again. 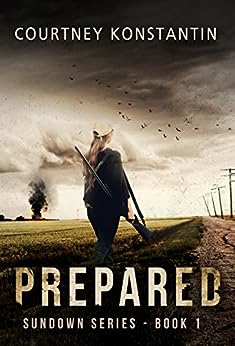 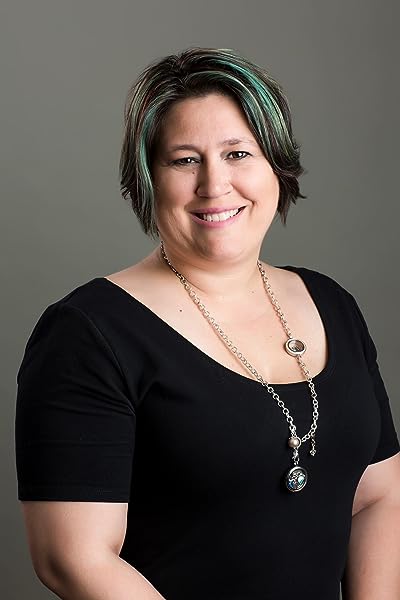 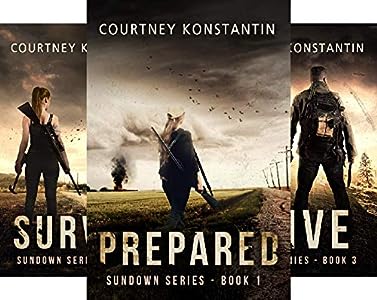 4.5 out of 5 stars
4.5 out of 5
234 global ratings
How are ratings calculated?
To calculate the overall star rating and percentage breakdown by star, we don’t use a simple average. Instead, our system considers things like how recent a review is and if the reviewer bought the item on Amazon. It also analyzes reviews to verify trustworthiness.
Top reviews

Kashka
4.0 out of 5 stars Liked it.
Reviewed in the United States on October 16, 2017
Verified Purchase
I loved the book's concept and story line. I always enjoy stories with a strong, capable female protagonist. The heroine's back story explains not only her ability to survive as she does, but also her ultimate goal. So it works for me. If I remember correctly, one or two other reviewers were bothered with what they thought was the author's lack of knowledge about firearms. I know nothing about them, and so was not bothered.

A few things didn't work for me. The author needs to work on her grammar, sentence structure and run-on sentences. The time line seemed off. I see that a lot in zombie and EOTWAWKI books. The author tells us, at some point, that weeks have passed when the actual story can only account for three or four days.

Although I liked the heroine's ethical stance (we all have to help each other, including strangers), it went ridiculously too far a few times. Her admonishment to the first truly bad guys she encountered, just before they parted ways, made no sense.

And lastly, the male character who appears in the last 25% of the story...I found him too irritating. His level of glibness was over the top, especially given the circumstances. And the heroine's reaction to him also did not fit the story.

There were several story twists towards the end that were...well you hate to see them happen, and yet they really make the story more interesting.

I enjoyed the book, hope the author works on her writing skills, and look forward to the next book in the series.

H. Bala
TOP 100 REVIEWER
5.0 out of 5 stars what stays in Vegas... gets eaten by the undead
Reviewed in the United States on December 24, 2018
Verified Purchase
PREPARED is the unputdownable first entry in a (so far) trilogy by Courtney Konstantin, who, based on this Sundown series alone, has leaped to the top of my list of must-read authors. This book is so good.

I guess there are some benefits to being raised by a crazed doomsday prepper for a dad. Alex Duncan is a mostly ordinary 30-year-old woman living her life in Las Vegas. That is, except for her habit of stocking up on survival supplies and her cache of firearms. It's too late now to shake those old customs instilled by her dad. Her loving husband takes it all in stride. Their 7-year-old daughter, Billie, and her 5-year-old son, Henry, think it's normal behavior; it's just mom being mom.

But when people begin behaving oddly - ie: somehow still upright and mobile while dead - Alex is more prepared than most to take appropriate action, never mind that her dad didn't quite predict the world ending by way of zombies. But his maverick teachings still apply. There's Alex calling her siblings to invoke the "Sundown" protocol. Sundown is the code the Duncan family had agreed to use when sh-- is going down and they each need to get their butts over to their late father's stronghold in Montana.

So, this book is about Alex and her kids' embarking on a harrowing road trip from Las Vegas to Montana, made a smidge less harrowing, courtesy of Alex's having "borrowed" her reclusive neighbor's RV. (What? Neighbor doesn't need it anymore.) Me, I couldn't turn the pages fast enough. The writer is so good at her craft, so effortless at persuading her readers to care for her characters. I was excited and gratified and tense the entire time. Tense because this is a post-apocalyptic zombie read in which anyone can die at any moment. Excited and gratified because Alex is a hell of a capable woman and because she's also kind. Curiously, her dad had also imparted on his children to look at the bigger picture, that, for man to survive as a global tribe, he must help others. So, there's Alex time and again coming to the rescue of someone in need. I appreciate that she's smart enough to not endanger her children any further while doing this. Don't be too surprised that if she does ever get to Montana, she's accompanied by a string of folks she'd saved, all of whom think the sun shines out of her ass. I certainly love the additions of those two teenagers, Easton with his baseball bat and his younger sister Candace with her sandwich-making super power.

Along the way, as usual with these survival books, there are helpful hints on prepping. I took notes, because you never know. If I had a nitpick, it's that whoever edited this thing doesn't seem to know the difference between "passed" and "past." As in:

- "She walked passed a child's bedroom and her heart ached in her chest."
- "She saw a sedan barreling down the main road, moving passed their dirt road."
- "Instead she stepped passed Margaret and went to talk to Billie and Henry."

Other than that, an unputdownable read.
Read more
5 people found this helpful
Helpful
Comment Report abuse

This one starts with Alex Duncan. Alex lives in Las Vegas. Right now she's headed home. She has two kids, Billie aged 7 and little Henry. Billie is more than a handful. Blake her husband is on his way home from a business trip to Portugal and she doesn't expect him before Sunday evening. Its now Friday and the weekend awaits. Lucy is her friend and a grandmotherly type who takes care of the kids for her during the week and has weekends off.

Alex grew up with her dad. Max and Rafe are her brother and sister. Dad was a prepper and has a compound in Montana that will have everything they need if the end of the world happens. Alex is one very capable lady both with a gun, hand to hand and a knife. Blake knows all about her prepper ways and accepts them. She currently has loads of supplies and anything else she might need if she ever has to make a run for Montana and her Dad's compound. Her dad has been gone for three years and brother Rafe stays at the compound.

Alex gets a call from sister Max and they discuss a killing in Florida. Some guy ate a mans face off. They both think its drugs of some kind. How wrong they will turn out to be.

This one has Alex, Billie, Henry, East and Candace who Alex takes responsibility for when their mom is attacked and bitted by a walker, the walker who take over the country, being bitten by one is a death sentence, a Blake who makes it home only to turn into a walker that Alex has to kill, a Lucy who was attacked by Blake and turned, an RV that her turned neighbor had, an RV that will get them out of Las Vegas, and Alex who renders aid to some live humans, humans who steal from her and leave her to die, a stop at a campground full of live humans in RV's, Margarite the woman who runs the place and Alex Duncan doing her best to protect her kids, get to Montana, survive and stay alive.

Grub
5.0 out of 5 stars Brilliant read!
Reviewed in the United Kingdom on January 9, 2019
Verified Purchase
I absolutely couldn't put this book down. I read it on the bus, on my breaks and even at home. Very well written, exciting and not too many good characters died. Although it was a good long read, it felt like just the intro and I dying to read more.
Read more
Report abuse

addicted to kindle
5.0 out of 5 stars Brilliant loved it
Reviewed in the United Kingdom on April 13, 2019
Verified Purchase
Love zombie books and this was up there with one of the best
Thank you for a great read looking forward to rest of series
Read more
Report abuse

Kay Mack
5.0 out of 5 stars Wonderful story!
Reviewed in Australia on September 20, 2019
Verified Purchase
Awesome series starter. It’s very easy to become invested in the characters and the world they inhabit. The story arc might be zombie apocalypse but those wonderful characters are the mark that raises this story way above the norm. Go with Alex and her expanding family. It’s a journey you really should take!
Read more
Report abuse

mantrack
5.0 out of 5 stars Can't wait
Reviewed in Australia on January 14, 2018
Verified Purchase
What an excellent story, just kept on reading, was hoping no 2 was out now.
Serious thought made this masterpiece.
Read more
Report abuse
See all reviews