The Prepper's Pocket Guide: 101 Easy Things You Can Do to... and millions of other books are available for Amazon Kindle. Learn more 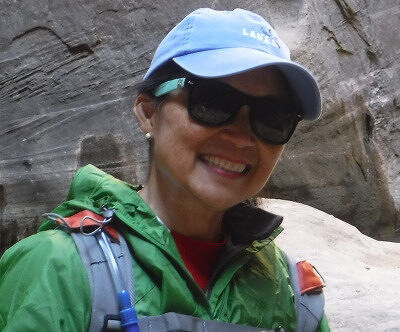 The Prepper's Pocket Guide: 101 Easy Things You Can Do to Ready Your Home for a Disaster Paperback – July 12, 2011

by Bernie Carr (Author)
4.5 out of 5 stars 716 ratings
Part of: Preppers (20 books)
See all formats and editions
Sorry, there was a problem loading this page. Try again.

Prep your home and family for any disaster situation with this best-selling, comprehensive handbook on emergency preparedness and survival.

From California earthquakes and Rocky Mountain wildfires to Midwest floods and Atlantic hurricanes, you can’t escape that inevitable day when catastrophe strikes your hometown — but you can be prepared! Offering a simple DIY approach, this book breaks down the vital steps you should take into 101 quick, smart and inexpensive projects:

Bernie Carr has had extensive experience with surviving natural disasters and keeping her family safe. She writes The Apartment Prepper’s Blog and resides in Houston, TX with her family.
Start reading The Prepper's Pocket Guide on your Kindle in under a minute.

Bernie Carr became fascinated with survival techniques and self-sufficiency as a child, hearing stories of her father's adventures in the wilds of Southeast Asia as a land surveyor and avid outdoorsman. As an adult, she developed an interest in emergency preparedness and self-reliance, having survived the 1991 Northridge earthquake in California, the 1992 Los Angeles riots, and the evacuation of her home during the Southern California wildfires. She relocated to Houston, Texas, in an effort to avoid more natural disasters only to arrive in time to encounter the fury of Hurricane Ike in 2008. Bernie has a bachelor of science degree from the University of Southern California and has worked as a technical writer in various fields such as personal finance, insurance, and health care. She writes The Apartment Prepper's Blog at http://apartmentprepper.com and resides in Texas with her family, along with her dog, Miller.

4.5 out of 5 stars
4.5 out of 5
716 global ratings
How are ratings calculated?
To calculate the overall star rating and percentage breakdown by star, we don’t use a simple average. Instead, our system considers things like how recent a review is and if the reviewer bought the item on Amazon. It also analyzes reviews to verify trustworthiness.
Top reviews

Hey Mimi
1.0 out of 5 stars Off to a Very Bad Start
Reviewed in the United States on August 9, 2020
Verified Purchase
Disappointing from the very start. Chapter One, item #1: De-Clutter Your Home. That’s an easy thing? Really? There are volumes written on this overwhelming task, but ok... let’s read on ... Paragraph 2 of this book asks you:
“Do you have books you have already read and probably won’t read again? Movie DVDs you likely won’t watch again? Keep in mind that even if you might want to read or watch them again someday, that’s what libraries and video rental stores are for.”

I had to check the print date of the book! Was this written in 1990? The copyright date is 2011 but Bernie Carr seems unaware that Video Rental stores no longer exist. In a grid-down situation libraries, bookstores and even Netflix will not be functioning. And, in case you haven’t noticed, all of these have become tools of globalist propaganda. Libraries, as well as giant online book retailers (ahem) are actively censoring what books are available to the public. If you are preparing for a long term disruption of services, you would be wise to BUILD your library!

If you think that’s nutty prepper talk, consider the reality that here in 2020 California, our library has been closed for nearly SIX MONTHS! The governor just announced that schools will be closed through the end of the year. This retailer HAS been removing availability of some books, even removing purchased e-books from their “E-readers.”
I’m not kidding.

Secondly, when the grid goes down, so will your internet. Along with your Cable, HBO, Netflix etc. But if you have a generator or solar power, your family can still watch a DVD or read a printed book. They may even be a valuable item to barter!

It’s going to be hard for me to continue reading this piece of fluff and bad advice, after reading such nonsense on page one. I’ve never returned a book to Amazon before, but if it’s allowed, - this one is going back.
Build your library, people! But not with this one!

MongrelRaider
4.0 out of 5 stars A quick, handy read with lots of actually useful tips
Reviewed in the United States on July 22, 2017
Verified Purchase
This is pretty nifty and a nice consolidated handbook for little things you can do to improve your self/family preparedness. It's not going to make you look like Doomsday Preppers, this is FAR too practical for that nonsense. I didn't think I'd need it since I've read through the authors website top to bottom and that's still fairly true - the website has essentially all of what's in here and more. But I do really like (and find convenient) how all of that has been put into one space. This is not a book you necessarily need to have paperback (compared to some other preparedness books) because it lists what you should do BEFORE any emergencies. So, I enjoyed the ebook version.

The language does get a little tiresome, ie: lack of full sentences. The entire book is written in the exact same sentence structure which while simple and easy to understand (big plus) makes it hard to stop by wishing there was at least one or two sentence subjects on a page. But that does not take away from the job this material does (and does well). I recommend everyone take a look because I'm sure you'll find at least one or two things you can do that doesn't take a lot of time, money, or effort but would pay off in every day life, not just emergencies.
Read more
19 people found this helpful
Helpful
Report abuse

L. W.
4.0 out of 5 stars Easy Preparedness
Reviewed in the United States on October 5, 2015
Verified Purchase
Great summary of preparedness skills and even some basic survival, not just hoarding food. I particularly like the checklists because they give me a plan and goals. This book makes being prepared as routine as a trip to the store. It's simple, realistic, practical. No fear mongering.

The strategies in the resource are so practical that in a few, virtually no-stress, weeks, I could be ready for most situations involving interruptions in food, water, and electricity just by following the advice and strategies the way they are written.

There is even a checklist for the office in case I get caught at work! I will forever keep an old pair of walking shoes in the trunk of my car, too!

The only thing I'd say lowered my rating is the reliance on canned food from the store. I try to avoid canned food, but using up canned food routinely is part of the plan. For those who don't mind, the canned food makes being prepared much easier. (There is some info on home canning but not a how-to since it's not a canning book.) In spite of this small criticism, I am a satisfied book owner.

This book is a good value. The information is reliable. Save some time, money, and frustration trying to find this information by yourself, and get this book because it has information you probably won't even think to look for. Put your efforts into your preparation; this book is step one.
Read more
13 people found this helpful
Helpful
Report abuse
See all reviews

It is American biassed, so for anyone in the UK/ Europe you are going to have to think laterally and apply the advice to your own country...our gun and dangerous weapons acts in the UK prohibit the use, ownership and carrying of offensive and dangerous weapons, but there are other guides on prepper websites that can guide you on self defence and defence of your property if you decide to bug-in in a SHTF situation.

It has useful links to US websites which looked interesting and might be used to add to the info in the book. One key part are the lists for new preppers, these are quite basic but comprehensive, especially if you are on a budget and don't want to look like you're in the army or special forces, this is a low key, practical guide book for everyone to consider about what to do when the SHFT.
Read more
2 people found this helpful
Report abuse

cm
4.0 out of 5 stars Good book worth a read
Reviewed in the United Kingdom on November 29, 2012
Verified Purchase
Product arrived well packaged and undamaged. Product itself is well written informative and researched well. Not written in a scaremongering fashion just offering good basic practical and inexpensive advice which is a welcome complimentary addition to other preparation.
Read more
4 people found this helpful
Report abuse

Mr. G. King
5.0 out of 5 stars must buy
Reviewed in the United Kingdom on January 18, 2012
Verified Purchase
This is an awesome book a must for any prepper very easy to read and full of great hints and tips on what to do
Read more
4 people found this helpful
Report abuse