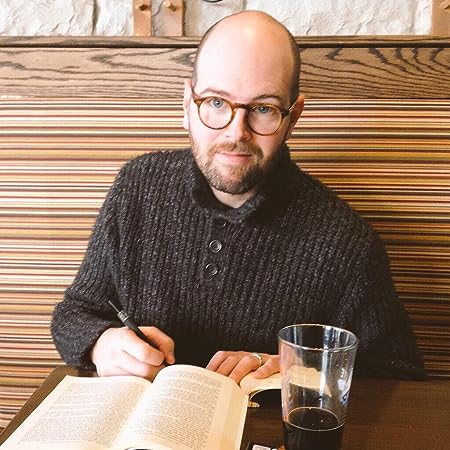 Pres Maxson is a career copywriter and novelist. His latest book, Kevin on Earth, peaked at #15 on Amazon's best seller list for science fiction/humor on debut weekend. "A fun tongue-in-cheek look at the past year from the eyes of an alien. This quick read is witty and terribly funny at times." (Amazon reviewer).

Pres was a NUVO magazine nominee for Best Local Author in Indianapolis, Indiana in 2016, 2017, and 2018. His 2017 novel, Pigeon, received the Naked Reviewers' 2018 Book of the Year Award, was a finalist in the New Adult category of the Indie Book Awards, and received honorable mention in both the New York Book Festival and the Paris Book Festival in 2018.

Pigeon has been praised as “A delightfully entertaining and outrageously absurd detective story. This is the kind of read I call “cotton candy” for the brain… Pigeon is light reading at its finest.” (Grandma Peachy, Peachysinsights.com)

“In his sophomore outing, Maxson takes an entirely different tone... The story is bigger, the laughs are bigger, the characters are bigger, and the plot is even more tightly wound.” (Darrin Snider, Indy In-Tune Radio)

Pres has appeared in support of his novels on Indianapolis' NPR affiliate 90.1 WFYI; on internet stations Indy In-Tune and Radio Free Indy; and on the Brother, Brother Beer Cast. Pres also performs live readings, most notably in the spring of 2016 at the Kurt Vonnegut Memorial Library. 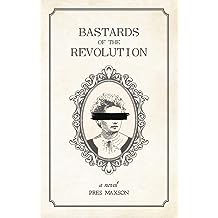 Erin Ashford, a historian, finds the diary of a colonial-era woman who claims she slept with every American founding father. Erin tries to authenticate the diary and find the woman’s vault of souvenirs from every affair, but she’s not alone. As her journey unfolds, she meets a gaggle of inept treasure hunters, an army of law enforcement, and one scrappy intern with sticky fingers. Add cartoon versions of the founding fathers, some vengeful pirates, and a dash of the actual truth, and… the history hunt is on. 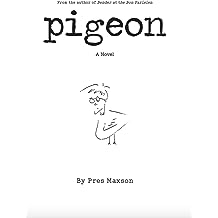 Pigeon: (A Novel) Aug 28, 2017
by Pres Maxson
( 29 )
$2.99
Luc Martin, a busboy in Paris, finds himself in over his head when he's tasked with locating the Sir Larabee Waterford Cup, which vanished over 20 years ago from a social club for the ultra-elite. Now, one of the original thieves has just surfaced after having been presumed dead for years. The busboy and his unlikely partner—a reluctant and wealthy club member named Alaina Amandine—must navigate a world of gargantuan egos, exotic pets, and a sport so exclusive that no one outside the club has ever heard of it.
Read more
Other Formats: Paperback 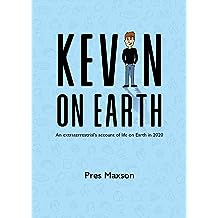 Kevin on Earth: An Extra-Terrestrial’s Account of Life on Earth in 2020 Nov 22, 2020
by Pres Maxson
( 24 )
$2.99
When Kevin was assigned to Earth for his study abroad program, he was stoked. A whole year to kick back on the party planet. The problem? That year is 2020. In a collection of letters to his home world, this naive alien tourist details his day-by-day research of Earthlings in a crazy time. Can humans survive the ups and downs of 2020? Yes. But the question is: Can Kevin?
Read more
Other Formats: Paperback 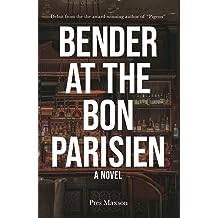 Bender at the Bon Parisien (A Novel) Feb 18, 2015
by Pres Maxson
( 30 )
$2.99
The former bartender at the Bon Parisien has gone missing. Two Americans in Paris, Peter and Janie, spend an all nighter in the bar with several strangers from the neighborhood when it becomes clear that the missing man left something very valuable behind—hidden somewhere in the bar. How much does each stranger know? What aren’t they telling the Americans?
Read more
Other Formats: Paperback