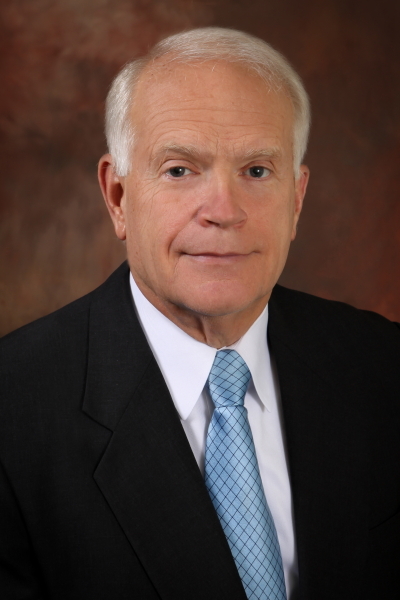 "The President really overwhelmed me. It is possibly the most powerful book I've ever read."
Lee A. Catts
"Having just completed your second novel, The President, I can truly say that it is a masterpiece thematic presentation of the relationship between God, mankind and the force of evil in our lives.  Like Grisham, it opens with a Wow and keeps on building."
John M. Stone

"This is by far THE best novel I have read in my life. Not only is it powerful, but downright convicting." -Kathleen Smith, Reviews From The Heart

Thomas Nelson, the publishers of On The Edge, turned down The President twenty-five years ago because it was "too edgy".  Multnomah immediately picked it up and published it in hardback as a major release, because they thought it was "prophetic".
Three years later they re-published the novel in a softcover version, which we have updated in 2019 along with the 25th anniversary of On The Edge. Now of course it is also available as an e-book--and the early bad conversion edits have now been corrected!
But in all three versions, the novel reads like today's newspapers.  Don't miss the State of the Union address.

My wife and I live in Atlanta with the joys and challenges of a large family. My day job is in the investment real estate business. But I've been researching and writing about faith, government and business for over twenty years, including three novels, an anthology of short stories, and five years of blog poste..

After attending London School of Economics as a Marshall Scholar (1968-70), I served for three years as the Communications and Intelligence Officer on the USS Wainwright (CG-28), based in Charleston, S.C. Since then I've logged a lot of years in all aspects of investment real estate, in both the U.S. and Russia. Parenting, grandparenting, and writing are my passions.

I like the power of good fiction because it engages the whole person--intellect, emotion, spirit. The reader becomes caught up in the characters and the events, and is forced to consider issues and outcomes that go beyond everyday facts and figures. Fiction based on real truth can be transformational.
Read more

Start reading The President: A Novel of National Redemption on your Kindle in under a minute.

kenny latimore
5.0 out of 5 stars Great book
Reviewed in the United States on June 26, 2016
Verified Purchase
Just finished, "The President " last night. I absolutely loved the book. The amazing aspect to me is that the book was published in 1995, but according to the plot, it was if Parker had a mirror for what our U.S. culture would look like in 2016. It was eerie how much the plot reflected our culture today. Parker also did a great job of developing the characters so that his readers could really immerse themselves in the characters. If only our country could experience the same spiritual transition! Thank you Parker!
Read more
6 people found this helpful
Helpful
Comment Report abuse

Amazon Customer
5.0 out of 5 stars More fact than fiction!
Reviewed in the United States on February 9, 2017
Verified Purchase
I loved this book! I thought I was reading what is actually happening today. I felt the author did a great job of showing how our own personal world view can affect everyone and everything around us. There are only two ways to see this world. God's way or man's and only God can fix the mess that we are in. I highly recommend this book also to get an idea of what our founding fathers really said about God and faith. Excellent!
Read more
5 people found this helpful
Helpful
Comment Report abuse

Trudy C
5.0 out of 5 stars Well worth your time.
Reviewed in the United States on July 2, 2014
Verified Purchase
I was both saddened and encouraged at the same time as i read this book. Saddened because our country has deteriorated to the point that it was all too believable, but encouraged as I read all the excerpts from our Founding Fathers and others whose words prove beyond doubt that our nation was founded on God's Word and Christian principles. I feel that Mr. Hudson was extremely courageous in his forthright but tasteful illustration of the deplorable state of our nation's ignorance, lack of moral character, and preference for ungodly living. The only criticism I would make concerns the number of mistakes in the digital transfer from the actual book. There were scores of them which certainly made the book harder to read. All in all, however, this book is well worth your time to read.
Read more
One person found this helpful
Helpful
Comment Report abuse

Customer
5.0 out of 5 stars More stars!
Reviewed in the United States on April 13, 2017
Verified Purchase
Not only a great fiction read but more particularly a revelatory work regarding the intentional creation of our United States by our founders and their desire to cast a specific vision for our nation based on the biblical worldview. A vision that has brought us this far. Let us discover that vision anew.
Read more
5 people found this helpful
Helpful
Comment Report abuse

Jan. Riley
5.0 out of 5 stars YES, Please read!!!!
Reviewed in the United States on July 4, 2017
Verified Purchase
LOVE!!!! Read this when it first came out MANY years ago....SOOOO relevant now!!! almost like he knew the future!!
Read more
One person found this helpful
Helpful
Comment Report abuse

S. Peek
5.0 out of 5 stars Educational and Thought Provoking
Reviewed in the United States on June 29, 2006
Verified Purchase
The President is an excellent novel that makes one think. It is also a riveting read.

Although written over 10 years ago, it certainly deals with many issues that are high profile today including a terror plot that is eerily reminiscent of 9/11.

Along with being a great story, it is very educational. The author does a superb job of highlighting the Christian roots of America. As the public school systems across the country are woefully inadequate at accurately teaching this along with other aspects of history, Hudson's review of this is a great service to readers.

I would recommend not only this book, but also 'On The Edge' by the same author.

Amazon Customer
5.0 out of 5 stars Excellent! .
Reviewed in the United Kingdom on April 19, 2018
Verified Purchase
Enjoyed reading this book and will definitely recommend it to friends and family. I am awaiting Parker Hudson's next book.
Read more
Report abuse

Goe
4.0 out of 5 stars A truly amazing and spellbinding book
Reviewed in the United Kingdom on April 15, 2014
Verified Purchase
once again this author has produced a book that will have you turning the pages with its aura of intrigue and adventure but at the same time intertwining Christianity.A very goog read.
Read more
Report abuse

Rick G.
5.0 out of 5 stars Right out of today's 2017 headlines...from 20 years in the past
Reviewed in Canada on February 22, 2017
Verified Purchase
As I read this book, I was surprised to find that the issues which Hudson tackles, written back in 1995, are front and center, here in 2017! We have seen the impact that liberalization has made upon our western societies, with drastic results, that although well-intentioned, from humanity's perspective, will result in intolerance of the biblical worldview, and utter chaos. The buzzword of tolerance came into vogue this last generation, but the problem with tolerance is that if you accept everything, you truly stand for nothing, because you do not have a basis, a foundation, upon which your beliefs stem from. The Lord God is the only arbiter of truth and we deceive ourselves by thinking that we can be objective about anything, when our own hearts are pulled towards the darkness of sin.

I just started reading Hudson a few months ago, and I am extremely glad that I found his books. I find his writing very easy to read, thorough, and provocative. His writings are on par with Shaunti Feldhan, Joel Rosenberg, and Frank Peretti, for depth and writing ability. I hope you enjoy this excellent literature.
Read more
Report abuse
See all reviews

Page 1 of 1 Start overPage 1 of 1
This shopping feature will continue to load items when the Enter key is pressed. In order to navigate out of this carousel please use your heading shortcut key to navigate to the next or previous heading.
Back
Next
Pages with related products. See and discover other items: the presidents