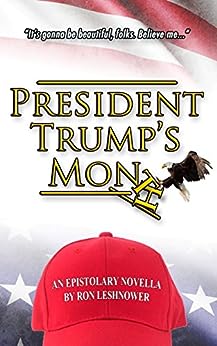 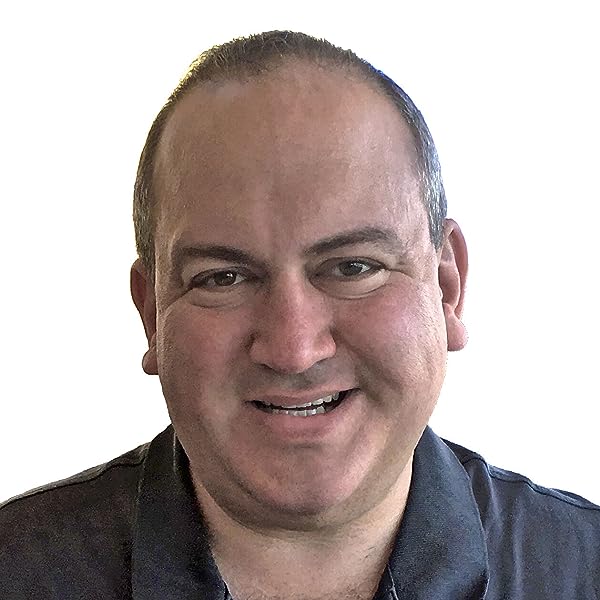 by Ron Leshnower (Author) Format: Kindle Edition
See all formats and editions
Sorry, there was a problem loading this page. Try again.
It's January 20, 2017, and Donald Trump is sworn in as the 45th president of the United States.

As he hangs his red cap on the door of the Oval Office, President Trump is eager to show that "we can start winning again, folks."

But his ambitions are cut short, with a one-month term rivaling that of William Henry Harrison.

Find out what happens in President Trump's Month, an epistolary novella offering a satirical look at an imagined Trump presidency through executive orders, proclamations, "official" transcripts of key press briefings, inaugural and weekly addresses, and more.
Read more
Previous page
Next page
Create your FREE Amazon Business account to save up to 10% with Business-only prices and free shipping. Register today

Ron Leshnower has written extensively on government, policy, and the law. He has appeared as a legal expert in media outlets such as CBS News, NBC News and The New York Times. A graduate of Yale University and Boston University School of Law, Ron is the author of four books. President Trump's Month is his first work of fiction. --This text refers to the paperback edition.

Ron Leshnower has used his legal background to write five books and numerous articles and blog posts on a range of topics for a large audience, explaining complex issues in plain English, offering commentary and insight on legal, political and civil rights matters, and alerting readers to key legislative developments that may affect them on a personal or professional level.

Ron is the author and illustrator of Fair Housing Haiku: Learn About the Law Through Verse / With Illustrations, which honors the 50th anniversary of the Fair Housing Act by presenting a unique look at housing discrimination legislation in the United States. Written in 5-7-5 syllabic form with original full-color drawings, charts, and more, Fair Housing Haiku explains how the law protects consumers against discrimination when enjoying their home or searching for a new one. This book debuted as the #1 New Release in Civil Rights Law on Amazon.com.

Ron is also the author of President Trump's Month: An Epistolary Novella (Hillocrian Creative), a satirical novella he began writing when Donald Trump was only one of several presidential candidates. This book imagined a wild Trump presidency as portrayed through executive orders, proclamations, transcripts of speeches, and other "official" documents, and it was named a finalist in the "Adult Fiction: Humor" Category of the 2016 Foreword INDIES Book of the Year Awards.

He has also authored Fair Housing Helper for Apartment Professionals (Hillocrian Creative), a Finalist in the "Business: Real Estate" Category of the 2014 International Book Awards and #1 bestselling Kindle eBook on discrimination; Every Landlord's Property Protection Guide: 10 Ways to Cut Your Risk Now (Nolo), an Amazon.com #1 multi-category bestseller that can be found in law schools and libraries across the country; and Every Landlord's Mold Prevention and Liability Guide (Nolo).

Ron has been invited as a keynote speaker for national real estate conferences, Continuing Legal Education (CLE), Rotary, and other business organizations around the country. He has appeared as an expert on CBS News and NBC News and has been quoted in The New York Times' "Real Estate Q&A" column, CNBC's "Your Money, Your Future," the Chicago Tribune, Realtor.com Advice, Trulia.com, TheStreet.com, MainStreet.com, Newsday, The Motley Fool, Debt.com, The Associated Press' "Your Money" series, the New York Daily News, The Tampa Tribune, The Spokesman-Review, Black Enterprise, Bankrate.com, Minyanville.com, Roomi Blog, SelfStorageFinders.com, CEO Blog Nation, the Real Estate Intelligence Report, and the Landlord Law Report, among other publications.

In 2008, The New York Times Company's About Group selected Ron as the About.com Guide to Apartment Living / Rental. He has since written hundreds of articles and nearly 1,000 blog posts offering useful tips, explanations of key industry developments, and insightful commentary on a wide range of topics pertaining to rentals. Ron has also written articles about business, real estate, personal finance, and the law for the National Apartment Association's Units Magazine, Nolo.com, Landlordology.com, as well as several trade newsletters, and he has contributed guest posts for MyNewPlace.com, among other blogs. His writing has also appeared in The New York Times.

In 2007, Ron founded Fairhousingblog.com (along with fairhousinghelper.com and fairhousingresources.com) with an aim "to present a variety of interesting and relevant fair-housing news and commentary." In 2014, Ron launched "Ron's Rent Roundup," Nolo's landlord-tenant blog, in which he has offered a range of useful tips on legal subjects for both landlords and tenants. In 2016, he launched "Hillocrian Blog," offering insights and commentary on a range of timely topics.

Ron earned a B.A. in Italian Language & Literature (intensive writing option) and Music from Yale University and a J.D. from Boston University School of Law, with Honors in the Litigation & Dispute Resolution Concentration. He is admitted to practice law in New York and Massachusetts and is a member of the Authors Guild, Independent Book Publishers Association (IBPA), and American Society of Composers, Authors and Publishers (ASCAP).

Kindle Fever
4.0 out of 5 stars What a hoot!
Reviewed in the United States on January 14, 2017
Verified Purchase
I found Ron Leshnower's epistolary novella to be extremely entertaining and humorous. Keep in mind that it is a work of fiction and was written before the election. It is political satire at its best in a non-narrative form. Please read the book's Forward section for an explanation of "epistolary", then sit back and enjoy Ron's delightful, imaginative writing.
Read more
One person found this helpful
Helpful
Report abuse

Sylvan G. Feldstein
5.0 out of 5 stars VERY FUNNY AND SCARY
Reviewed in the United States on October 17, 2017
Verified Purchase
Unfortunately, a lot of what Leshnower has written in jest and as entertainment has turned out to be true. The book, well written and clever, is both funny and scary.
Read more
Helpful
Report abuse

Lana Phillips
5.0 out of 5 stars Whoa. Holy crap.
Reviewed in the United States on November 12, 2016
Verified Purchase
I'm reading this on November 11. The election is over, and we're in the first days of what's being called Trump's America. This story isn't a hopeful perspective on what's that going to look like.

I don't know how to review something that hits this close to the fear in my heart. I will say that the voice of Donald Trump is pitch perfect in this novella. His speeches sound as though they could be verbatim from not that far in the future. Om the up side, he didn't have time to do everything we think he will do. But what the hell did he do that caused the scenario in the epilogue that brought Sarah Palin back into the spotlight?

Miriam
5.0 out of 5 stars Spot-on, hilarious, a must-read for all Americans
Reviewed in the United States on January 17, 2017
Verified Purchase
I enjoyed this book immensely. It made me laugh so hard that people on my train must have thought I was nuts. I admit, I read this before Trump was elected so it had a different meaning back in the "good ol' days," but this book is a must-read for everyone (supporters and non-supporters alike) because it is just laugh-out-loud hilarious no matter your political affiliation.
Read more
2 people found this helpful
Helpful
Report abuse

M. Acuna
3.0 out of 5 stars Ripped From The Headlines
Reviewed in the United States on November 21, 2016
Verified Purchase
A satiric look at Trump's Presidency that is almost spot on. Sadly, this President-Elect is easy to mock and has left a lot of material to work with.
Read more
One person found this helpful
Helpful
Report abuse

DS
5.0 out of 5 stars Fantastic Book
Reviewed in the United States on August 19, 2016
Verified Purchase
This book is extremely creative and well researched. It is an enjoyable read whether you are a Trump fan or hater. Mr. Leshnower nails the style of Trump's speech so that although the book is fiction, at times you feel like it could be non-fiction.
Read more
6 people found this helpful
Helpful
Report abuse

Judy Weismonger
1.0 out of 5 stars do not buy this book
Reviewed in the United States on January 22, 2017
horrible book-full of silly stuff-just another Smear president trump
Read more
One person found this helpful
Helpful
Report abuse
See all reviews
Report an issue
Does this item contain inappropriate content?
Report
Do you believe that this item violates a copyright?
Report
Does this item contain quality or formatting issues?
Report