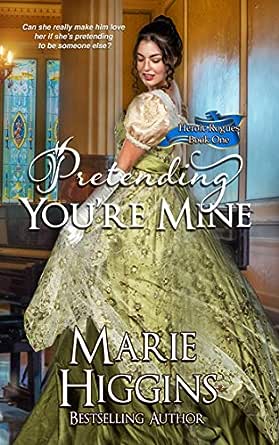 You've subscribed to Heroic Rogues Series! We will preorder your items within 24 hours of when they become available. When new books are released, we'll charge your default payment method for the lowest price available during the pre-order period.
Update your device or payment method, cancel individual pre-orders or your subscription at
Your Memberships & Subscriptions
There was an error. We were unable to process your subscription due to an error. Please refresh and try again. 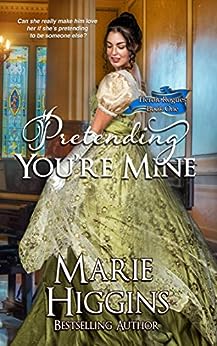 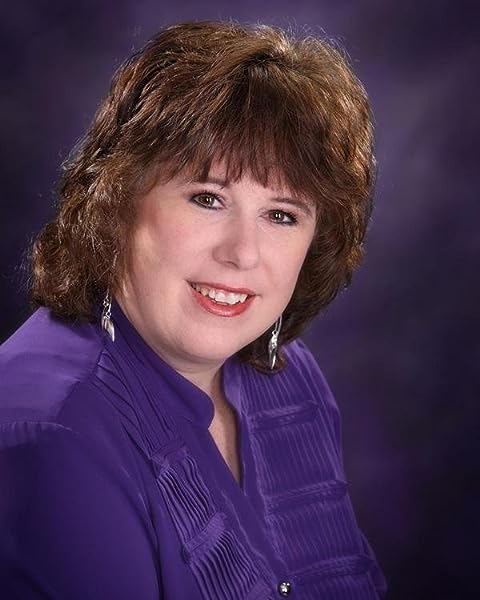 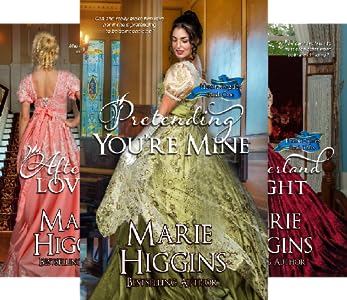 Marie Higgins is a best-selling, multi-published author of Christian and sweet romance novels; from refined bad-boy heroes who make your heart melt to the feisty heroines who somehow manage to love them regardless of their faults. She’s been with a Christian publisher since 2010. Between those and her others, she’s published over 40 heartwarming, on-the-edge-of-your-seat stories and broadened her readership by writing mystery/suspense, humor, time-travel, paranormal, along with her love for historical romances. Her readers have dubbed her "Queen of Tease", because of all her twists and turns and unexpected endings. --This text refers to the paperback edition.

4.2 out of 5 stars
4.2 out of 5
110 global ratings
How are ratings calculated?
To calculate the overall star rating and percentage breakdown by star, we don’t use a simple average. Instead, our system considers things like how recent a review is and if the reviewer bought the item on Amazon. It also analyzes reviews to verify trustworthiness.
Top reviews

Kathy (Bookworm Nation)
2.0 out of 5 stars Ok, Didnt Feel True to the Time Period
Reviewed in the United States on July 25, 2018
Verified Purchase
Originally published as an American Historical titled Take My Heart, the author has updated the books in that series to now be Regencies. I am always on the look out for unique plots in the regency setting and when I read the synopsis that Mercedes takes the place of her dead twin, Katherine, to spy on her brother-in-law I thought this should be fun! I would consider this Regency-lite, it takes place in the time of Napoleon wars, but the behaviors and speech of the characters didn't always feel true to the time period.

I sadly didn't connect to this one like I was hoping. I thought the characters actions didn't always seem believable and took me out of the story. The romance between William and Mercedes felt rushed, he takes half the book to realize what is going on and just accepts things rather quickly. Meanwhile, Mercedes is pretending (very poorly) to be her sister and yet is mad that William doesn't trust her.

I figured out the mystery and who was after William early on, but never really bought their motivations. The more I think about the plot, the more confused I get. Maybe I shouldn't overanalyze it, but I do have many questions. Overall, if you don't think too much about things and just read for a fun escape then this is a unique story and an okay read, it did keep me turning the pages.

Reading Fanatic
4.0 out of 5 stars Good Storyline **4 1/2 Stars**
Reviewed in the United States on January 21, 2015
Verified Purchase
I really liked this book. It's the first in the HEROIC ROGUES trilogy; the second and third books being  Falling In Love Again (Heroic Rogues Series Book 2)  and  Wonderland By Night (Heroic Rogues Series Book 3) , respectively. This was an extremely interesting read for me, which was a surprise as I'm not usually overly fond of this time period. The story is set in Colonial America, during the time period directly before the Revolutionary War. This was the time when so many Americans were working clandestinely to gain our country's freedom from British rule. Mercedes is an English woman who lives in America. Her late husband was an earl, who worked as a British agent of sorts, turning American spies over the the Crown for payment. Her twin sister Katherine is married to American, William Baxter.

When Mercedes is notified by a physician that Katherine is a patient in an insane asylum, and goes to visit her, she finds her sister is a mere shadow of the woman she used to be. Katherine tearfully tells Mercedes that she has run away from her abusive husband; a man she claims is little better than a monster. Among her other accusations, Katherine also questions her husband's loyalty to the crown. When Katherine dies, Mercedes travels to Philadelphia, determined to get William to pay Katherine's outstanding medical bills and funeral expenses. She also has some vague idea about spying on him to determine whether or not he is indeed a traitor to the crown; if he is, she intends to turn him over to the authorities.

When William and Mercedes first meet, and he mistakenly believes her to be Katherine, Mercedes plays along as she realizes that this ruse will help her in her endeavors to spy on William. However, as Mercedes assumes the role of her sister, she quickly starts to realize that all is not as it seems. She more she learns about her sister, the more disturbed she becomes, and her brother-in-law is completely different from the man Katherine had described. Another mystery is why everyone calls her sister Mercedes? Umm?

The story that unfolds is chock full of romance and excitement; as William and Mercedes grow closer, love blossoms between them, all while they navigate the tense political climate. Soon Mercedes must choose between her beloved country and the man she to whom she has lost her heart. This was a very intriguing book; it held held my attention from start to finish--so much so that I read it in one day! I liked it and would highly recommend it as a worthwhile read. FYI, this is a clean romance. Happy reading!
Read more
3 people found this helpful
Helpful
Comment Report abuse

The Voracious Reader
5.0 out of 5 stars Better than Expected
Reviewed in the United States on January 23, 2015
Verified Purchase
Mercedes Maxwell vows to revenge the death of her twin sister. She’d make Kat’s husband pay for treating her so badly that she’d gone mad. However, everyone in Philadelphia thinks Mercy is Kat, even William Braxton, the husband. So much the better, for now she can gather evidence to turn him in as a spy. The only problem is that she’s gradually beginning to see what a good man William is and how shabbily Kat had treated him.

This novel was better than I expected from the reviews. I didn’t find it at all implausible that Mercy was mistaken for her twin, since no one in Philadelphia knew there was a twin. There were a few inconsistencies, however. William saw all of Mercy’s expressions and emotions from across a room lit only from moonlight shining in. No one in 1764 would have thought that alcohol would be bad for an unborn child. The phrase “as red as turnips” didn’t make sense, because turnips aren’t red. I think the author must have meant beets. The adjective, “different,” was also used when the adverb, “differently,” was needed. I thought the plot was interesting, however, and the main characters likeable. Parts of the ending was a bit cheesy and overdone, but I did enjoy the read.
Read more
3 people found this helpful
Helpful
Comment Report abuse
See all reviews

Linda Gilmore
5.0 out of 5 stars Great Story - a must read
Reviewed in the United Kingdom on June 17, 2019
Verified Purchase
Another gem from Marie Higgins. I read this book in one day and is one I will read again. Very gripping and nail-biting to the end. Some characters in this story are just so evil and I am pleased they got their just desserts. Kept you guessing to the end. Well worth reading. VERY HIGHLY RECOMMENDED.
Read more
Report abuse

HeyerFan
5.0 out of 5 stars Love Against the Odds
Reviewed in the United Kingdom on June 14, 2018
Verified Purchase
Good and evil. Betrayal and death. Fighting for one’s beliefs. An enjoyable book that I read in one sitting.
Read more
Report abuse

Pat
5.0 out of 5 stars Fantastic - Unusual Plot and Clean Romance too
Reviewed in the United Kingdom on February 13, 2013
Verified Purchase
Exciting storyline with the right amount of suspense to be believable. Well defined characters with behaviours and choices that you can readily identify with. It would be nice to have another story about some of the supporting characters e.g. Gabe.
Read more
Report abuse

Monica Shaw
5.0 out of 5 stars Loved it
Reviewed in the United Kingdom on October 1, 2017
Verified Purchase
Loved this book light read but did enjoy it want to read more of her books will look forward to finding them here on kindle
Read more
Report abuse

hazel
5.0 out of 5 stars TAKE MY HEART [HEROIC ROGUES SERIES]
Reviewed in the United Kingdom on February 5, 2013
Verified Purchase
A good historical novel with believable characters.The plot was entertaining and interesting with one or two unexpected twists to the story.Very enjoyable.
Read more
Report abuse
See all reviews