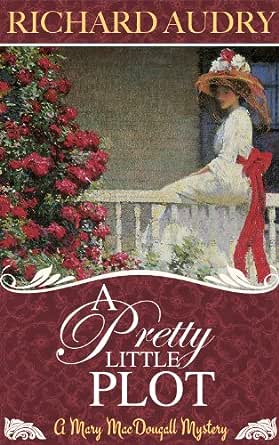 You've subscribed to Mary MacDougall Mysteries! We will preorder your items within 24 hours of when they become available. When new books are released, we'll charge your default payment method for the lowest price available during the pre-order period.
Update your device or payment method, cancel individual pre-orders or your subscription at
Your Memberships & Subscriptions
There was an error. We were unable to process your subscription due to an error. Please refresh and try again. 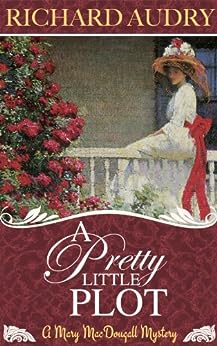 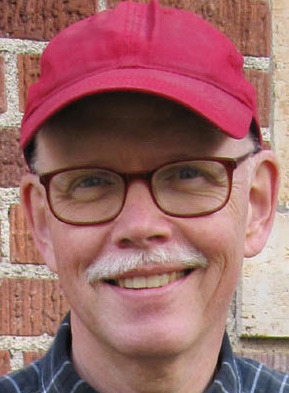 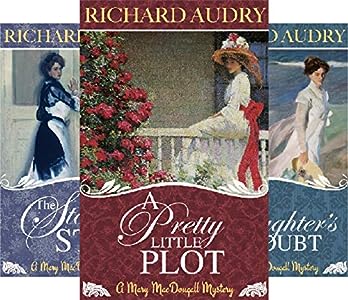 "The author paints a grand little mystery with his words. He brings history to life with a fresh voice." --Escape with Dollycas

Gayle Bartos-Pool
5.0 out of 5 stars A delightful mini mystery
Reviewed in the United States on February 7, 2020
Verified Purchase
A charming mystery set in 1901 with just enough historical tidbits to set the stage and a delightfully clever heroine to solve a kidnapping of two young women. The gal uses her brains and pluck in an era that wasn't used to young, rich girls being so clever. And she does it all with a lot of heart. A quick read, but a lot of fun.
Read more
Helpful
Report abuse

C. DUPONT
5.0 out of 5 stars Mary MacDougall CAN Be a Detective!
Reviewed in the United States on October 15, 2014
When this novella ended, I smiled. This was the end of my introduction to Mary McDougall, a young woman who is held back from becoming a detective.

What, you say, held back?

At the turn of the century, the end of the Victorian era, there were still strict social mores in place for the conduct of men and women in society. Wealthy women were not employed with the wealthy, as a group, referred to as the idle rich. Mary wanted more in her life than getting married to a proper wealthy gentleman and having children.

Mary McDougall will stay with me for a while for a number of reasons; the first because she's so pleasant, so nice but firm and she wants that ring. No, not the gold ring on her finger, the brass ring people reach for when passing on the merry-go-`round---getting what you want from life that makes you the happiest.

While I'm not tired of NYC, it's refreshing to know about other parts of the nation and Mary hails from Minneapolis. That's an area that I'm totally unfamiliar with but one that Richard Autry (aka D. R. Martin) is successfully guiding me through with Mary's observant eyes.

Sweet, stubborn, and pretty, Mary has that something extra not seen in the early 1900's and that's a lovely young woman who thinks for herself outside the customs of the day. And fortunately for her, her father is moneyed with connections which open doors that otherwise would be slammed in her face.

I'm not one to make comparisons of authors but it's my opinion that Richard Autry can stand toe to toe with any of the better known historical fiction authors. And believe it when I say the market is stuffed with all kinds, colors, themes of cozies but this one stands out.

Although a noir/hard-boiled fiction fan, I do read cozies from time to time because they are light, breezy, with some mystery to be solved but little to no bloody descriptions or sex. (Ahhh, phooey.)

Some of my favorite authors, I can't read back to back such as Andrew Vachss. He's a tough, edgy writer who can make me mentally exhausted by the end of the book. The gritty books...those that make you want to bathe afterward.

When I read some of those, afterward I reach for a cozy. They're right on my shelf next to Robert B. Parker, Robert Crais, Dennis Lehane and James Lee Burke to name a few. Of course I love all these authors and more. But sometimes, I just want an easy going cozy...to relax and chill with.

While my main `go to' cozy has been Victoria Thompson and her Gaslight Series with Sarah Brandt, a turn of the century mid-wife, now Mary McDougall is standing tall right next to Sarah and Mary can hold her own and go toe to toe solving any crime. Sarah better watch her back.
Read more
One person found this helpful
Helpful
Report abuse

Kindle CustomerTop Contributor: Coloring
TOP 1000 REVIEWER
5.0 out of 5 stars Very well done
Reviewed in the United States on March 11, 2018
I received this book free from the author. This is my honest review.
No spoilers here. I enjoyed this book with its descriptions, dialogue, and plot. No pun intended. Mary makes a difference by investigating the kidnapping of two students from her art class. The police have the man who they say was part of the kidnapping. Though new to the field of detecting, Mary manages to prove the man innocent. Will she succeed or will the man she believes innocent turn out to be a kidnapper?
Read more
Helpful
Report abuse

Joan M. Poole
2.0 out of 5 stars Won't buy
Reviewed in the United States on May 23, 2015
Won't pay .99 for a book that cost this amount. I realize that these authors invest a lot of time into even this many pages, but can't figure out how you can buy one for this amount and 300+ pages.
Other books from well known authors costs you $12.00, can't figure it out and getting very annoyed.
Read more
Helpful
Report abuse
See all reviews