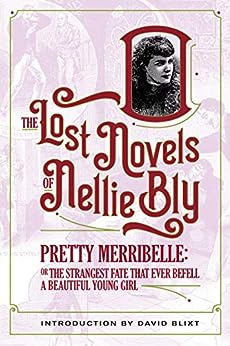 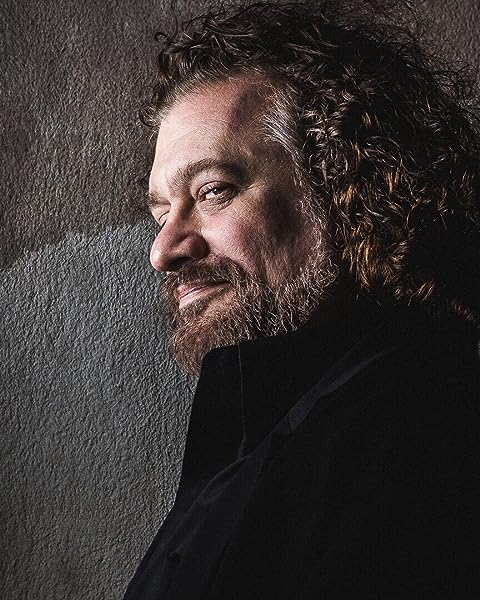 by Nellie Bly (Author), David Blixt (Editor, Introduction) Format: Kindle Edition
Book 10 of 11: The Lost Novels of Nellie Bly
See all formats and editions
Sorry, there was a problem loading this page. Try again.
From the bestselling pen of the original undercover reporter, a novel that has been lost for over a century!

Pioneering undercover journalist Nellie Bly is rightly famous for exposing society's ills. From brutal insane asylums to corrupt politicians, she used the pages of the New York World to bring down all manner of frauds, cheats, and charlatans.

What no one knows is that Nellie Bly was also a novelist. Because, of the 12 novels Bly wrote between 1889 and 1895, 11 have been lost - until now! Discovered by author David Blixt (What Girls Are Good For), Nellie Bly's lost works of fiction are available for the first time! These are The Lost Novels of Nellie Bly!

Merribelle Harleigh is the most charming and beautiful worker in the paper-box factory. When a fire breaks out, the envious Lotta Loring contrives that Merribelle should be left inside the burning factory to die. But her plot is foiled by the handsome Cedric Sutherland, heir to a massive fortune. Only when she awakens, Merribelle has no memory of who she is!

Seizing his moment, Cedric’s cousin Frank Ashley mesmerizes the befuddled girl, now called Rosalind, and uses her as a pawn in a plot to steal away Cedric’s fortune. No sooner are Cedric and Rosalind married but she seems to die. At the graveyard, her body disappears, rescued by Cedric’s neighbor, Granville Norcross. When she awakens, Meribelle is her old self, and falls wildly in love with Granville, not knowing she is already wed to Cedric!

None of this suits Frank Ashley or Lotta Loring, both determined to gain Cedric’s fortunes. One requires the return of Rosalind, the other conspires at the death of . . .Pretty Merribelle!

"New readers, beware! Once you start reading one of David's books, real life comes to a screeching halt until you finish it." - Sharon Kay Penman

Repeated Editor's Choice from the Historical Novel Society (VOICE OF THE FALCONER, FORTUNE'S FOOL, THE FOUR EMPERORS) and 2015 Finalist for the M.M. Bennetts Award for Historical Fiction (THE PRINCE'S DOOM).

Author David Blixt's work is consistently described as "intricate," "taut," and "breathtaking." A writer of Historical Fiction, his novels span the Roman Empire (the COLOSSUS series, his play EVE OF IDES) to early Renaissance Italy (the STAR-CROSS'D series) through the Elizabethan era (his delightful espionage comedy HER MAJESTY'S WILL, starring Will Shakespeare and Kit Marlowe as hapless spies) to the Victorian age with his series following daredevil journalist Nellie Bly. His novels combine a love of the theatre with a deep respect for the quirks and passions of history. As the Historical Novel Society said, "Be prepared to burn the midnight oil. It's well worth it."

David continues to write, act, and travel. He has ridden camels around the pyramids at Giza, been thrown out of the Vatican Museum and been blessed by John-Paul II, scaled the Roman ramp at Masada, crashed a hot-air balloon, leapt from cliffs on small Greek islands, dined with Counts and criminals, climbed to the top of Mount Sinai, and sat in the Prince's chair in Verona's palace. But David is happiest at his desk, weaving tales of brilliant people in dire and dramatic straits. Living in Chicago with his wife and two children, David describes himself as "actor, author, father, husband. In reverse order."

For more about David and his novels, visit www.davidblixt.com.