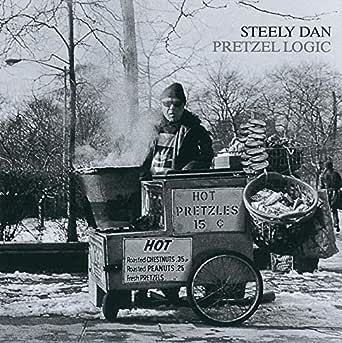 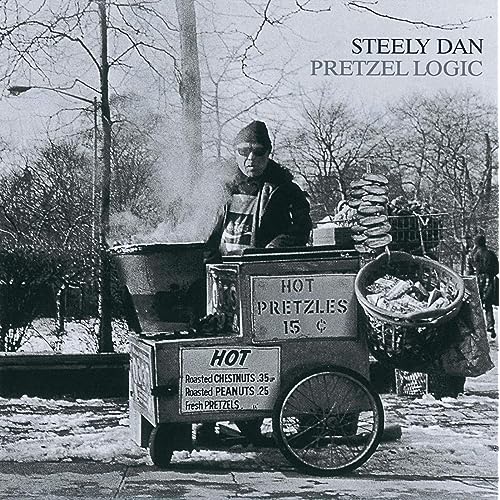 Steely Dan
4.7 out of 5 stars 469 ratings
See all 53 formats and editions Hide other formats and editions
Buy the CD album for $11.46 and get the MP3 version for FREE.&nbspCD album ships from and sold by Amazon.com. Terms and Conditions. Does not apply to gift orders. Complete your purchase of the CD album to save the MP3 version to your Music Library.

4.7 out of 5 stars
4.7 out of 5
469 global ratings
How are ratings calculated?
To calculate the overall star rating and percentage breakdown by star, we don’t use a simple average. Instead, our system considers things like how recent a review is and if the reviewer bought the item on Amazon. It also analyzes reviews to verify trustworthiness.

Michael J. Edelman
TOP 500 REVIEWERVINE VOICE
5.0 out of 5 stars Still sounds amazing after all these years.
Reviewed in the United States on March 17, 2017
Verified Purchase
"Rikki" came on the radio the other day and reminded me of how much I liked this album, and how long it had been since I'd listened to it. When I got home, I went looking through my CDs and realized I'd never replaced my LP that I lost in an apartment fire many decades ago. That was obviously a serious oversight. I immediately ordered a copy (as well as a few other Dan CDs.) it arrived today and I immediately sat down and listened to the entire disc straight through.

Pretzel Logic was a huge hit when it was released, but today it tends to be overshadowed by their more musically sophisticated albums like "Aja." Certainly Becker and Fagen have become a lot more sophisticated in both their playing and arranging since this disc was cut, and the level of musicianship overall has risen, owing to their perfectionism and their use of the finest studio players on both coasts. But there's something very fresh and exciting about the playing and the songs here. It was the last album they did as a group, with guitarists Jeff Baxter and Denny Dias, and you can hear the sound of the group in transition from the more rock-oriented songs from previous albums, like "Reelin' In The Years" into their more sophisticated, bop-influenced songs like "Rikki," which opens with the famous homage to Horace Silver's "Song For My Father.".

Forty-three years after it was released (!) it still sounds fresh and exciting and totally original. Still a favorite after all these years.

Eric
4.0 out of 5 stars Excellent
Reviewed in the United States on June 23, 2013
Verified Purchase
There is a lot of argument over which is the best Steely Dan album. Some folks pick this one, although Countdown To Ecstasy and Aja have their defenders as well. (Personally I'm for The Royal Scam.) However, I can see why this is a contender. It's the last album to be played by the complete group and it's diverse in it's influences yet extremely tight in it's presentation. It's hard to go wrong with any Steely Dan record, but this one stands out in the catalog. After this Steely Dan would be a duo with hired studio musicians. Their music would both benefit from a streamlining of vision and suffer from a lack of outside input. It's hard to say how much better or worse it was- it's all opinion. However, if you like Steely Dan and haven't explored much beyond the radio hits I can say this is a good album and your collection will be both richer and cooler for including it.
Read more
14 people found this helpful
Helpful
Comment Report abuse

stephaniediamond
2.0 out of 5 stars It was just okay
Reviewed in the United States on February 14, 2019
Verified Purchase
Someone wrote there name on the cover in black marker. I understood that I was buying a used album, but most people who buy old vinyl do not want other people's names written on the cover. I just would not have sent that to anyone without it being noted in the description.
Read more
One person found this helpful
Helpful
Comment Report abuse

Michael J. Muscato
5.0 out of 5 stars This is the one
Reviewed in the United States on March 29, 2000
Verified Purchase
As an avid Steely Dan listener this has always been at the top of my list; perhaps my favorite album of the 70's. Since it fits into their transitional period from rock to smooth jazz/pop/rock it's hard to classify. The term pop seems too tame and power pop is usually associated with late 70's early 80's dudes like Nick Lowe, Elvis Costello or even someone like Matthew Sweet nowadays. I guess I'd call it "perfect pop."
This gets away from the extended jams on "Countdown" in favor of very tidy 3 minute songs with the perfect blend of cynically sarcastic lyrics and hooky, jazz/poppy melodies. For a 19 year old in 1974 tunes like "East St. Louis Toodle-oo" and "Parkers Band" seemed like they came from another universe. Of course we all know now about Becker and Fagen's musical pedigree but these two really tip you off as to what kind of ground they will be tilling in the future.
Lastly, one song I've never heard anyone comment on in terms of Steely Dan-ish guitar virtuosity is "Night by Night"--the solo and outro on this are as heavy and intense as anything else these guys have ever done. It's just that it's tucked inside such a tight, crisp pop tune that perhaps keeps it "hidden." Just wish they'd credited the players on this album since I've always wondered who did the work on this one "Rikki..." and "Pretzel Logic."
Read more
13 people found this helpful
Helpful
Comment Report abuse

Philip Bradshaw
5.0 out of 5 stars Another gentle curve in the Steely Dan road
Reviewed in the United States on June 13, 2010
Verified Purchase
Pretzel Logic, the third Steely Dan, is another great record. I cannot describe how delighted I was when I got the LP back home to my apartment, threw it onto the turntable and immediately realized that Fagen and Becker had done it again. As others have said, Logic falls midway between the commercial accessibility of Thrill and the more difficult music found on Countdown. The ten songs are concise (the whole LP is just 34 minutes long) yet complex lyrically and musically. This record is unmistakably a studio effort. Although the musicians are first rate, I do miss the band "feel".

Logic represents yet another curve in the Steely Dan road. Fagen and Becker were never content just to make another record like their previous one. This is one of the things that make them such a great act. Oh, and of course, the fact that the changes in direction were invariably successful.
Read more
5 people found this helpful
Helpful
Comment Report abuse

JeffD
4.0 out of 5 stars Great Steely Dan Music
Reviewed in the United States on July 24, 2017
Verified Purchase
If you are a Steely Dan fan you will really like this CD and you can not beat the price. I got it as an add on item for $5. Good Old Classic Steely Dan music.
Read more
3 people found this helpful
Helpful
Comment Report abuse

The Punk Panther
4.0 out of 5 stars Monkey in your soul...
Reviewed in the United Kingdom on November 2, 2018
Verified Purchase
For many, "Pretzel Logic" is Steely Dan's best album. Funnily enough, of their "big seven" albums between 1972 and 1980, it is my least favourite. The songs are shorter but not necessarily poppier, in some ways I just find them a little less outstandingly brilliant than on some of the others. Maybe I am being nitpicking, after all, this is still a solidly good album. I need to re-assess it.

"Rikki Don't lost That Number", with its rhythmic, syncopated opening, is a marvellous opener, however, and "Night By Night" is a delicious piece of horn-driven funk rock. "Any Major Dude Will Tell You" is a melodic and catchy in a laid-back soulful way. There is a confident, smoky jazzy feel to it. The effervescent but tuneful "Barrytown" is captivating. In fact, these first four tracks have been superb. It is in the middle part of the album that things fall down a bit, for me, just a little.

"East St. Louis Toodle-Oo" is a ragtime-esque jazzy instrumental which is pleasant enough, admittedly, but it ain't no "Reelin' In The Years". "Parker's Band" is a short, punchy, upbeat and soully rocker. "Through With Buzz" is a half-baked song, to be honest, it lasts just a minute and a half and is over before it has really got going. The title track is more like it, though, The Dan play the blues on the verses, before reverting to typically Steely Dan on the chorus. One of the album's best cuts, this one. You know, I am listening to this stuff in 2018. It is already forty-four years old, yet it doesn't really sound dated at all. The world was a totally different place in 1974, yet music like this was way ahead of its time.

"With A Gun" is a lively Beatles-ish track in places, with a Lennon-esque lyric. "Charlie Freak" is a jaunty piano-driven number with a bit of a late sixties psychedelic pop feel about it. "Monkey In Your Soul" is an enjoyable saxophone, guitar and bluesy bass upbeat romp to end and album that I have enjoyed revisiting, but still I don't enjoy as much as I do the others, which I feel have longer, more fulfilled songs on them. There is some seriously good stuff early on in this album, but the second half is somewhat patchy. For me, anyway.
Read more
4 people found this helpful
Report abuse

thecrackedbrassbell
3.0 out of 5 stars Less isn't more
Reviewed in the United Kingdom on July 12, 2019
Verified Purchase
3 stars because mine is the version minus the marimba? solo at the start of Ricky. Otherwise, I love it.
Read more
One person found this helpful
Report abuse

kevin p. hardiman
4.0 out of 5 stars The Dan.
Reviewed in the United Kingdom on August 17, 2020
Verified Purchase
Descent album from the Dan, not quite up to their usual standard but still good. Excellent quality cd.
Read more
Report abuse

Linsey
5.0 out of 5 stars Five Stars
Reviewed in the United Kingdom on December 26, 2017
Verified Purchase
One of the very best
Read more
Report abuse
See all reviews