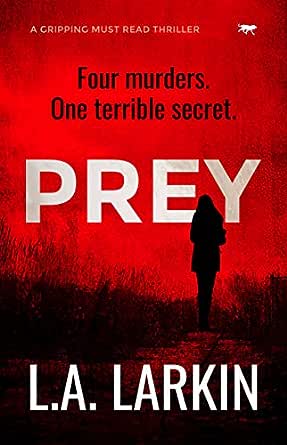 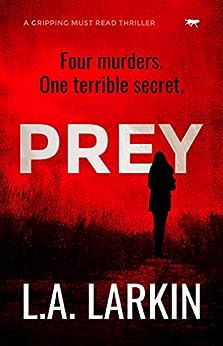 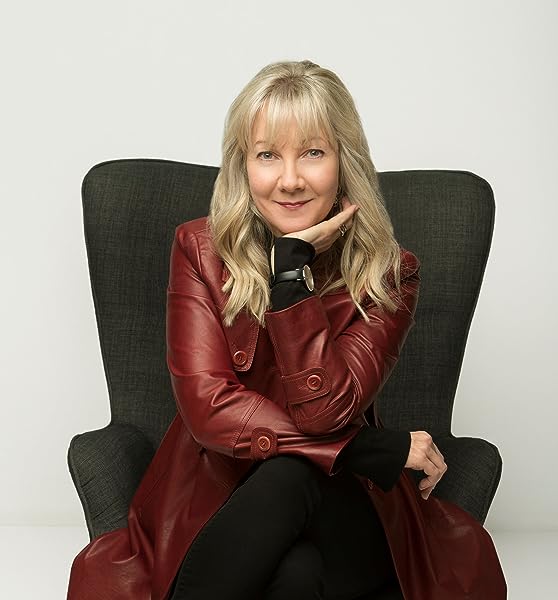 Thrillerauthor, L.A. Larkin, has been described by James Phelan as 'a world-classthriller writer' and likened to Michael Crichton by The Guardian and Alistair MacLean by The Times. Prey's central character, Olivia Wolfe, is described by SueTurnbull in The Age as, 'a new breed of female heroine bounding into thehitherto masculine preserve of the action thriller.'
Larkin isauthor of The Genesis Flaw, Thirst, and Devour, and alsowrites humorous mysteries as Louisa Bennet. She is a popular festival panelistand radio guest and was on the organizing committee for the Ned Kelly Awards.
Renowned forgoing to extreme lengths to research her books, she travelled to South Africawhere much of the novel is set. There she learned how to fire a rifle, patrolreserve fences at night, and how to collect wildlife poo, a skill she believesmay come in handy in future!

'In Larkin, Michael Crichton has an heir apparent' - The Guardian

Dylan D
5.0 out of 5 stars Good read
Reviewed in the United States on June 3, 2020
Verified Purchase
This book for me had its ups and downs but once I got into it, I couldn’t stop reading to find out what happens next. I’ll probably get the characters first book in her series at some point.
Read more
Helpful
Comment Report abuse

booklover
TOP 1000 REVIEWER
4.0 out of 5 stars Action Packed Thriller
Reviewed in the United States on April 15, 2020
Many thanks to the author / Bloodhound Books for the digital copy of this thriller. Read and reviewed voluntarily, opinions expressed here are unbiased and entirely my own.

Olivia Wolfe is an investigative journalist who has been looking into a series of savage murders scattered across four countries.

She knows they are connected, and her confidential anonymous source has information for her. Unfortunately, her source is murdered, leaving her with the knowledge that she has no one she can trust.

Olivia has made a lot of enemies .... but she has one enemy who will not stop targeting her until she is dead silent .. or just dead.

This is the second book in this series, following DEVOUR. There are many references to the first book, but I would highly recommend reading these in order. I was a bit confused and I was wishing I'd known this was not the first or a stand alone. The plot is tightly woven, it was the characters, although skillfully drawn, that I felt suffered.

There is lots of action and this is one way of traveling without leaving your home. There are twists and turns that will leave your head reeling, leading to an explosive conclusion.

Brenda Telford
5.0 out of 5 stars Tension filled thriller!
Reviewed in the United States on May 10, 2020
Journalist for The Post in London, Olivia Wolfe had always searched for the most dangerous stories; determined to expose crimes that flew under the radar. On the trail of a powerful story, she interviewed a source who was subsequently murdered. For Olivia Wolfe, that mean game on. The murders she needed to expose were horrific, brutal and unbelievably cruel. The person who had done the murders had been told to eliminate Olivia. Fearful but never showing it, Olivia would never back down.

Officials in government; police officers; there were many who were corrupt. Their hidden bank balances were proof of that. But could Olivia expose those responsible? Could she avenge those friends who’d been brutally murdered? She could only trust a few people…

Prey by Aussie author L.A. Larkin is the 2nd in the Olivia Wolfe series and oh my goodness! It was breathtakingly brilliant! Fast paced, full on action from the first page to the last, I couldn’t put it down. Olivia is a strong, determined and gutsy woman, easy to like and cheer on. Prey is an incredible thriller which I very highly recommend. Bring on #3!!
Read more
Helpful
Comment Report abuse

Bobbi Jo Wagner
4.0 out of 5 stars great action story
Reviewed in the United States on April 20, 2020
I enjoyed this crime thriller story. It is my first book by this author, I can't wait to see what is next from her. This is a story that is action filled story that kept me turning pages. The twists and turns left me sitting on the edge of my seat. Olivia is a reporter that has many enimies now she is being hunted. I enjoyed her character. She made the story engaging and I had no problems connecting to her and the others in this story. Now that she is faced with betrayal and faced with the feeling of isolation, I highly recommend reading this story to find out what happens next.
Read more
One person found this helpful
Helpful
Comment Report abuse

Flgirl
4.0 out of 5 stars Good Thriller That Gets Your Attention
Reviewed in the United States on May 1, 2020
I really enjoyed reading this book. It grabbed my attention immediately and I really got lost in the story as it transported me away to a world so far away from the realities of our world today. I highly recommend this. The author did a great job of storytelling butvkeaves you wanting more and the that there will be more coming. Thank you this was just what I needed. Don’t miss this one.
Read more
Helpful
Comment Report abuse

Linda R Oliver
4.0 out of 5 stars Gripping Thriller
Reviewed in the United States on April 15, 2020
This is a fast paced thriller. Lots of twist and surprises to keep you guessing. Also some gory details that I skipped over. The ending leaves an opening for a continuing adventure.
Read more
Helpful
Comment Report abuse
See all reviews from the United States

Anita May Waller
5.0 out of 5 stars Brilliant
Reviewed in the United Kingdom on May 8, 2020
Verified Purchase
I started to read this one full of enthusiasm for it – it caught my imagination immediately. Not far in to the book it switches, to a different location, as Wolfe is following leads on something she is researching in her job as a journalist. That location is South Africa. I immediately stopped reading it; I have a strong dislike of books written about Africa, and I didn’t touch it again for about three weeks. I read a couple of books, then decided maybe I should give it another go. Slowly I was drawn in, and eventually couldn’t stop reading it. No spoilers from me, but I will mention this. I keep a list of books throughout the year that, in my estimation, have been five star ones, then at the end of the year I choose my top ten from that list. I have read 37 books so far, and only five have made it to my list. Now it is six. It was fast paced, very well-written and a cracker of a tale. Loved it.
Read more
Helpful
Sending feedback...
Thank you for your feedback.
Sorry, we failed to record your vote. Please try again
Report abuse

The real deal
5.0 out of 5 stars Gripping story telling
Reviewed in the United Kingdom on May 7, 2020
Verified Purchase
A great story with very strong characters. Full of intrigue, corruption and action set against a back drop of the beautiful plains of South Africa. A fictional block-buster highlighting the real life tragedy of the trade in endangered species. The story shows courage and bravery and accentuates that so much more is still needed to address this cruel and horrible trade, The author is telling the story from her heart backed up by real life research.
Read more
Helpful
Sending feedback...
Thank you for your feedback.
Sorry, we failed to record your vote. Please try again
Report abuse

I like it
5.0 out of 5 stars Good
Reviewed in the United Kingdom on May 1, 2020
Verified Purchase
Very good
Read more
Helpful
Sending feedback...
Thank you for your feedback.
Sorry, we failed to record your vote. Please try again
Report abuse

Pete MC
5.0 out of 5 stars A great lockdown read - gripping
Reviewed in Australia on May 12, 2020
Verified Purchase
What a gripping read. Just what I needed during lockdown. It has everything. Mystery, international intrigue, corrupt police, a fantastic South African setting, an assassin, plot twists and Olivia Wolfe - a great thriller character. I hope there is another Olivia Wolfe thriller on the way because I'm hooked.
Read more
One person found this helpful
Helpful
Sending feedback...
Thank you for your feedback.
Sorry, we failed to record your vote. Please try again
Report abuse