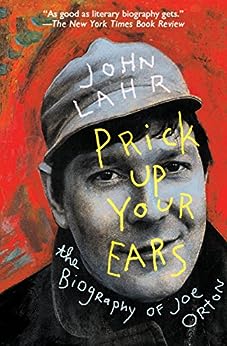 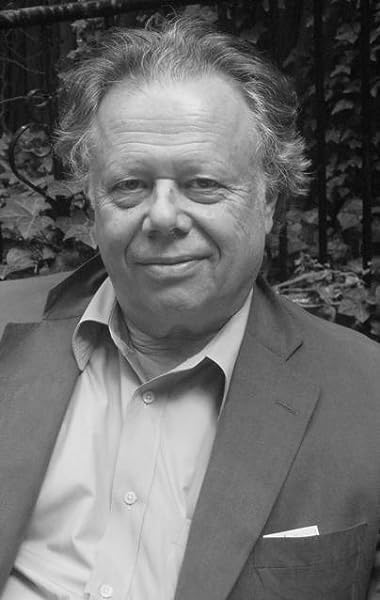 Prick Up Your Ears: The Biography of Joe Orton Kindle Edition

John Lahr (b. 1941) is an acclaimed author. He was the senior drama critic at the New Yorker for twenty years. He has twice received the George Jean Nathan Award for Dramatic Criticism and was the first critic to win a Tony Award, for co-authoring Elaine Stritch at Liberty. The author of eighteen books, ranging from fiction to biography, Lahr is best known for Notes on a Cowardly Lion: The Biography of Bert Lahr (1969) and Prick Up Your Ears: The Biography of Joe Orton (1978), which was made into a film. He lives in London.

4.4 out of 5 stars
4.4 out of 5
39 global ratings
How are ratings calculated?
To calculate the overall star rating and percentage breakdown by star, we don’t use a simple average. Instead, our system considers things like how recent a review is and if the reviewer bought the item on Amazon. It also analyzes reviews to verify trustworthiness.
Top reviews

Graham Persons
1.0 out of 5 stars Bad printing job
Reviewed in the United States on November 7, 2018
Verified Purchase
Do not buy the Open Road Media reissue. The pages have no margins and the print runs into the binding. Plus the cover is cropped so that some of the text is missing. Buy a used copy of the University of California edition instead.
Read more
Helpful
Report abuse

Garrett Zecker
5.0 out of 5 stars A short life of controversy and razor-sharp wit
Reviewed in the United States on April 2, 2021
A captivating biography of one of the most talented writers of the mid-twentieth century stage whose life was cut short much too early on in his life and career. The book is an interesting look into not only the life of Joe Orton the writer, but his main relationship with his lifelong partner (and murderer) Kenneth Halliwell, and a deep dive into the writing of, performances of, and cultural impact of the small number of plays he had written. His stardom was on the rise when his life was taken with nine hammer blows to the head (don’t worry, this is covered extensively in the first ten pages of Lahr’s book), and his cheeky dance with taste, farce, and a global acceptance of homosexuality and sexual freedom that won him as many accolades as old ladies tearing up their programs and stomping on the pieces before leaving the theater early. In many ways, the live of the man mirrors that of Peter Shaffer’s Amadeus, where the skyrocketing success and wonder of Wolfgang (Orton, in this case) is sucking the identity, attention, and career of Salieri (Halliwell). The big difference is that their relationship was rocky, but was rooted in a deep appreciation and muse of one another while they lived in poverty and squalor – one of them got lucky, and Halliwell simply couldn’t manage the emotional turmoil Orton brought him.

The coolest part of Lahr’s biography is that it seamlessly transitions between literary / theatrical criticism and the anecdotal stories of Orton’s life and work. In fact, I’m not quite sure how it did it so seamlessly at times. The struggles with money, production, and acceptance are juxtaposed with the Orton’s methodology of combining real-life emotions and events from his life into his farcical, fictional characters. He wanted to be the next Oscar Wilde, and was well on his way, revising and rewriting everything hundreds of times while cutting as much as he could. One particular quote that sums up the tragedy of his life and focus of his work is that in his characters and his life, “the establishing of their reality is now a matter of psychic life or death. Each attempt to escape the terror of nonentity, which draws them deeper into it.”

It is this stalemate between the two lifelong lovers that Orton dramatized in his work, an unresolvable binary opposition that strangled their short lives. Prick Up Your Ears is a beautiful, funny biography of two tragic lives.
Read more
Helpful
Report abuse

R. H OAKLEY
3.0 out of 5 stars Interesting biography of a minor playwright.
Reviewed in the United States on October 23, 2001
Prick Up Your Ears is a biography of Joe Orton, who achieved a measure of fame in Britain and the US for his plays such as "What the Butler Saw." Orton, who was gay, got much of his literary education from his lover. The lover, who went from being the dominant person in the relationship to the lesser when Orton became famous, eventually developed such a rage against Orton that he murdered him and then killed himself.
Orton's plays are often funny, but not deep. They depend on the breaking of social and sexual conventions. Now that those conventions have largely been broken anyhow, Orton's plays seem less shocking than they were at the time. Orton liked to be thought of as another Harold Pinter, but somewhat to his horror he found that his admirers included conventional middlebrow playwrights of the day. In fact, Orton's plays do have more in common with the works of these more conventional writer than with Pinter. Perhaps Orton's greatest comic invention were his letters to the editor of various British publications, always written under a false name and always espousing an absurdely conservative point of view. Orton, whether he admitted it or not, needed these conservatives for his plays to work.
Lahr's biography is well researched, and is likely to remain the definitive biography of Orton. Lahr himself has a fluid writing style, and the intelligence to know what to put in and what to leave out. Thus, he avoids swamping the reader with meaningless details as do many American biographers.
Read more
6 people found this helpful
Helpful
Report abuse
See all reviews

peter fogarty
5.0 out of 5 stars Very Educational
Reviewed in the United Kingdom on November 15, 2018
Verified Purchase
I gave this book as a gift to my aunt thinking it was a biography of Azariah Giles Orton the famous eighteenth-century American Presbyterian theologian. My aunt is a senior lecturer at the Westminster Presbyterian Theological Seminary in Gateshead. My aunt requested that her academic assistant copy a random selection of pages to be used as a discussion guide for a workshop she was running on Orton the theme of which was Social Interaction within the Community.
In spite of the obvious mix up the workshop was a great success. Students learnt for the first time all about cottaging in the 1950s, deaf and dumb fun on Hampstead Heath and playing the pink oboe in the gents at Charing Cross station.
This was all very educational and much appreciated by the workshop group.
Read more
10 people found this helpful
Report abuse

S J Austin
4.0 out of 5 stars Ex-Library books are still worth purchasing
Reviewed in the United Kingdom on November 16, 2018
Verified Purchase
I bought this because postage to Spain costs lots but the quality of the book is still worthy and I will keep on buying secondhand as that's what I can afford. Criminal that postage costs so much and seller sells at next to nothing or exactly nothing~!! The quality is good as book has been plastic covered and well kept. Thanks
Read more
2 people found this helpful
Report abuse

Holly
4.0 out of 5 stars Goog cpmpanion book
Reviewed in the United Kingdom on January 10, 2018
Verified Purchase
Haven't read it all yet because I'm concentrating on the Orton diaries, but so far seems a good companion book
Read more
Report abuse

Jaye Morgan
5.0 out of 5 stars Worth Reading
Reviewed in the United Kingdom on May 5, 2012
Verified Purchase
I had read some of Orton's plays, and the published diaries, but I came away from this book feeling much better informed than before. It's an interesting book, and is worth looking at, if for no other reason (although there are plenty of reasons) than to encourage one to make a reassessment of Orton's work.
Read more
Report abuse