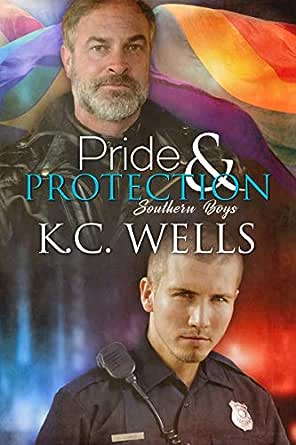 You've subscribed to Southern Boys! We will preorder your items within 24 hours of when they become available. When new books are released, we'll charge your default payment method for the lowest price available during the pre-order period.
Update your device or payment method, cancel individual pre-orders or your subscription at
Your Memberships & Subscriptions
There was an error. We were unable to process your subscription due to an error. Please refresh and try again. 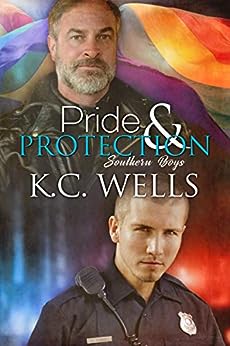 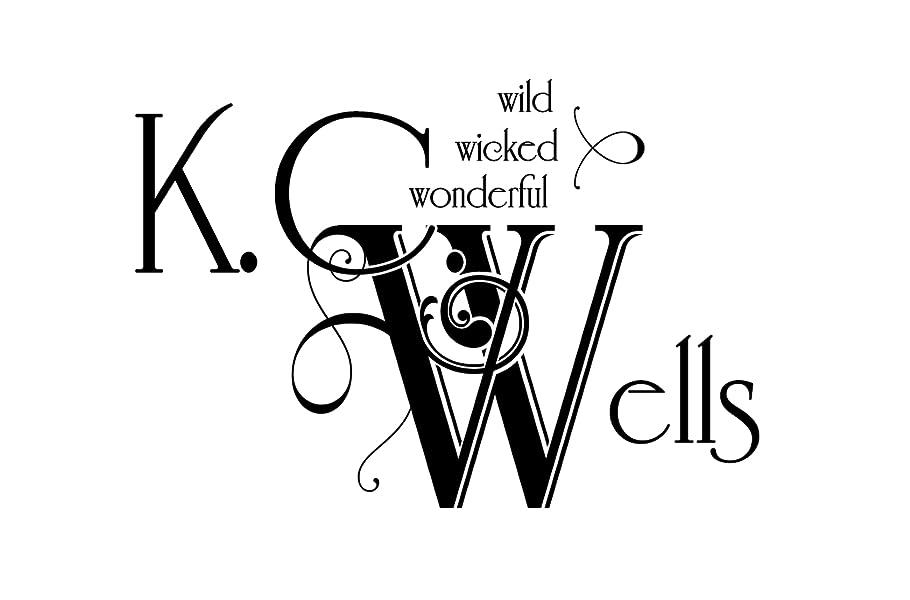 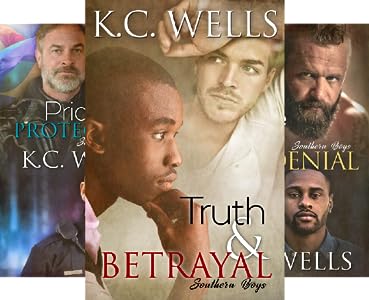 4.5 out of 5 stars
4.5 out of 5
102 global ratings
How are ratings calculated?
To calculate the overall star rating and percentage breakdown by star, we don’t use a simple average. Instead, our system considers things like how recent a review is and if the reviewer bought the item on Amazon. It also analyzes reviews to verify trustworthiness.

Jan Oliver Esten
5.0 out of 5 stars K.C. Wells writes another winner
Reviewed in the United States on June 20, 2019
Verified Purchase
I fell in love with the story of Pride and Prejudice when I first saw the old-very old- black and white movie starring Greer Garson. Since then I've read so many iterations of the story and it's offshoots that I've lost count. This telling of the story in this book is unique in several ways. It's not just the gay men in the main roles, it is the society and it's take on gay lives. By now you've probably caught on that the Pride is gay pride and the Prejudice is the way some members of society view the world of the LGBTQ+ community. I adore KC Wells's take on the story. Del is an amazing man both in stature and character. Taylor is not as naive as you first imagine and is a great match for Del. As Taylor slowly comes to grip with how life in the closet is stifling him he finds many allies he hadn't expected. I was most appreciative of the little side events with Dale and his daughter. Do yourself a favor and grab this one now! It is a most satisfying read.
Read more
3 people found this helpful
Helpful
Comment Report abuse

Kimberley D
5.0 out of 5 stars Character development alone makes this a great read
Reviewed in the United States on June 24, 2019
Verified Purchase
Sometimes I forget how much I love reading K.C. Wells books and then a book like this comes along and reminds me. Not only did the relationship develop on a way that made sense to these characters but the conflict made sense as well. Honestly this book was so good because of the character development that I wasn’t ready for it to end.

And I have to admit I love how the cop was able to let go and not be a cop when he was with his boyfriend. Even if it took awhile to get them to that relationship status (lol).
Taylor and Del were so well matched that it made me want another story soon. I can’t wait to see what comes next.

Katherine D
5.0 out of 5 stars ⭐️⭐️⭐️⭐️⭐️
Reviewed in the United States on June 20, 2019
Verified Purchase
I thoroughly enjoyed this book. I adored Del, beautiful silver fox, out and proud except when moving to small town Tennessee. But Del is willing to take on this town. Rainbow Racers isn’t exactly a subtle name for his store. Taylor is a closeted cop in the same small town. What develops is a beautiful story of finding your true self even in small town America. Finding love and acceptance. This May/December romance is a great read!
Read more
2 people found this helpful
Helpful
Comment Report abuse

Leslie Gardner
5.0 out of 5 stars LOVE IS LOVE AND I LOVED IT
Reviewed in the United States on June 21, 2019
Verified Purchase
Had me from the first page! Characters dealing with the fear of coming out, prejudice and triumphing in the end with true love. Del, the older "Bear", and Taylor, the younger cop deep in the closet, find love in a town where "their kind" is not wanted and are threatened and vandalized. Secondary characters with a life of their own made the book even better. K. C. Wells never disappoints!
Read more
One person found this helpful
Helpful
Comment Report abuse

Kindle Customer
4.0 out of 5 stars GOOD READ
Reviewed in the United States on February 3, 2020
Verified Purchase
DEL, an ADULT GAY MAN & TAYLOR, a closeted officer in a "SMALL SOUTHERN
TOWN" was a story I appreciate reading from YOU Ms. KC. WELLS. Went thru
My book lists & realized; that I had bought '14 of YOUR STORIES'.
MY ALL TIME FAVORITE story is "LOVE LESSONS LEARNED" one of more than
800 stories on My tablet. Looking forward to YOUR story featuring '2background
characters: CHAZ & KENDIS!! Again THANKS!
Read more
Helpful
Comment Report abuse

Book Obsession
4.0 out of 5 stars Delightful
Reviewed in the United States on October 18, 2019
Verified Purchase
An endearing story filled with tenderness, heat, and well-thought-out angst.
Pride & Protection introduces two very different men at different stages in their lives. Both are equally likeable and well-rounded. It was easy to cheer for their HEA.
The author covered the themes of coming out and homophobia with decent emotional depth and understanding.
This is my first book from this author. I’ll definitely check out more.
Read more
Helpful
Comment Report abuse

Lorraine, New Zealand
3.0 out of 5 stars Ok
Reviewed in the United States on June 15, 2020
Verified Purchase
The romance between the cop and the bike repairer was slow at times. Would the pair announce to the world that they were together? I wish they'd done it sooner.

A couple of little side plots: (a) the beaten-up young boy kicked out of home, and (b) who was it who wrote that graffiti on the garage window?

Manuela
5.0 out of 5 stars Slow burn but oh so good
Reviewed in the United States on June 18, 2020
Verified Purchase
I love an age gap and this was great, in all meaning of the word. Del and his brother Jon move to small town America. Del meets Taylor, but Taylor is not out, and he's on the local police force. Slow burn and low angst, but really just an extremely sweet story about two guys finding love in Tennessee.
Read more
Helpful
Comment Report abuse
See all reviews

Dawn Mayhew
5.0 out of 5 stars A Really Enjoyable Read
Reviewed in the United Kingdom on July 1, 2019
Verified Purchase
I don't have all the books written by KC Wells, but this one I loved the sound of from the blurb, and I was not disappointed. I think what drew me to this book was that one of the MC's was older, and I have not found many books like this.

Del is an older gay bear, and someone who is out and proud, and it seems like the conservative town he has moved to are not too keen to have him there. He is only there to be near his brother and open a news motorcycle shop together, but I think he wonders if he has made a huge mistake at times, due to the homophobes in the town.

Taylor meets Del when there is trouble at the bike workshop, but the big difference between Del and Taylor, besides their ages, is that Taylor is firmly in the closet, and has no intention of coming our for anyone.

The way that the story is written, I could see both sides of the story for being out and proud, and then being firmly closeted. I could feel the emotions of both MC's in the story, and got the feels for them both - but also wondering if they would get their HEA, as it was a huge step for Taylor to take to come out, but he had to do it for himself not be forced out by others.

I especially loved the time that Taylor and Del spent together, and it was obvious they were meant to be together, but first Taylor needed to get comfortable with exactly who he was, and try and shed the persona he showed to everyone else, but this could be too bigger step for him to take, but was he prepared to lose Del?
Read more
One person found this helpful
Report abuse

MaryD
5.0 out of 5 stars Sweet
Reviewed in the United Kingdom on June 20, 2019
Verified Purchase
A hot older gentle bear and a virgin cop my kind of story. An easy paced romance between Del and Taylor. Del, the vastly experienced older man is attracted to Taylor from the beginning. He takes getting to know him at Taylor’s pace. I loved the easygoing feel of this story. There’s no drama. There are situations which cause them strife with each other, family and friends but these were not drawn out and angst ridden. I think it feels more true to life. A great easy reading story just right for when you want a romance that’s not so sweet you get cavities.
Read more
Report abuse

Rowan
5.0 out of 5 stars A must read
Reviewed in the United Kingdom on July 11, 2019
Verified Purchase
Well I never read book 1 but throughly enjoyed this one and I’ll most definitely be getting the next in this series as I’ve got to know how things work out for Chaz and also Kendis
Read more
One person found this helpful
Report abuse

Desi
5.0 out of 5 stars May / December
Reviewed in Germany on June 25, 2019
Verified Purchase
I love May / December stories and I love Mrs. Wells books and she absolutely did not disappoint with Pride & Protection.

Del the silver fox returns to his hometown in Tennessee and opens his shop "Rainbow Racers" . And Taylor the cop, who is deep in the closet.

A wonderful story about coming out, standing by yourself, about prejudice and true love.