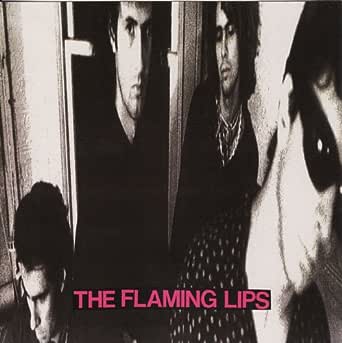 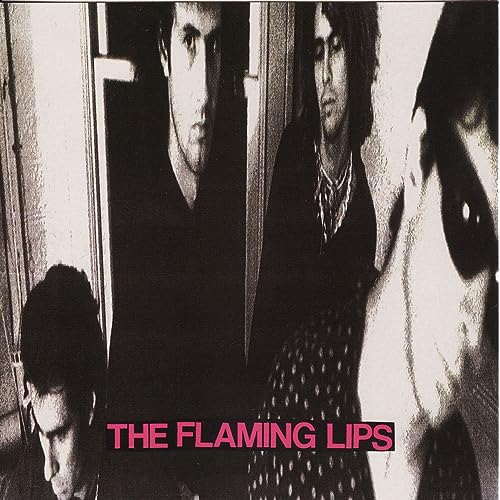 In A Priest Driven Ambulance [Explicit]

Lee Wrecker
4.0 out of 5 stars The Lips Find God and a Universal Approach to Music
Reviewed in the United States on November 12, 2012
Verified Purchase
This album is an important step in Flaming Lips' career because it marks the point when Kevin Coyne's lyrics developed a cosmic universal approach that is synonymous with the band's later work. The music howeer is raw, garage noise psyche heavy on guitars and distortion - nothing wrong with that of course. There are ballads though and these tend to highlight the Band's admiration of Neil Young albeit a very psychedelic version of the style in songs like 'Stand In Line'."Five Stop Mother Superior Rain" is an out and classic and the cover of "Wonderful World" is good but the album , while lyrically coherent, is not sonically unified. The songs differ in style greatly and although the standard is high the album has lulls or incongruous moments "Take Meta Mars" for example is an excellent song but doesn't quite fit in the context of the album. The pink vinyl reissue is impressive and includes some excellent out-takes on the second disk but these were all previously released along with others on "The Day They Shot A Hole In The Jesus Egg" CD. If you love the sound of vinyl and love the Lips, get this, it is a signpost for the band and catches them midway through their development from garage rockers to psychedelic master musicians.
Read more
2 people found this helpful
Helpful
Comment Report abuse

M. H. Peterkin
5.0 out of 5 stars Love it!
Reviewed in the United States on March 17, 2014
Verified Purchase
This is a great album for any Flaming Lips fan wishing to explore their earlier material! The pink vinyl looks great!
It has a good song selection - Take Meta Mars, and God Walks Among Us Now being a few of my favorites.

Justin Baumgartner
5.0 out of 5 stars Great Early Stuff
Reviewed in the United States on April 23, 2000
I've been listening to the Flaming Lips quite a bit ever since "She Don't Use Jelly" became a semi-hit a while back. I just recently heard this album for the first time and I'll have to say I'm incredibly impressed and wish I had gotten this a long time ago. The sound on this album is very different from what they sound like now. It's very much a guitar-based sound and the Brian Wilson and 60's pop influences that really came through on their later stuff like "Clouds Taste Metallic" have yet to appear. Yet, this album is startlingly original; there isn't any other band that they really remotely sound like. The songs are all great, especially "God Walks Among Us" and "Mountain Side", two particularly caustic tracks that are incredibly catchy as well. "Mountain Side" in particular gets me; midway through it goes off into this noise breakdown for a few minutes only to go right back into the song again. To top it all off, the album ends with a great, unexpected cover of "What a Wonderful World". How can you get much better than this?
Read more
8 people found this helpful
Helpful
Comment Report abuse

Scuzzbopper
5.0 out of 5 stars Your eardrums belong to us
Reviewed in the United States on June 12, 2002
This was the 3rd Lips album that I heard (after Transmissions and Clouds) and the one that converted me from a casual fan to a diehard. Everything comes together for this album (their last for the strugging Restless Records) as future Mercury Rev frontman Jonathan Donuhue adds a huge musical punch, adding extra sonic walls of blistering guitars and scorching feedback, creating an alternate universe of joyous noise-pop/rock.
Every song is a classic hard-rocking jam, from the pounding "Unconsciously Screamin" to the deafening feedback-laden "God Walks Among Us Now". The album even adds two bonus tracks from the Screamin' EP: "Lucifer Risin" and "Let Me Be It". My favorite, however, is the downright beautiful cover version of "What A Wonderful World".
The Lips never got as head-banging as this again. Click on that Buy button right now!

70s Punk Fan
5.0 out of 5 stars The most spectacular, uplifting, overlooked album of all time
Reviewed in the United States on August 7, 2009
It is undoubtedly an album that never received the publicity that it deserved. It has some of their greatest hits of all time, in my opinion, including Shine On Sweet Jesus and Unconciously Screaming. This was the last album released on an independent label, and if they had identified their stregths on this basis, they would have had substantial success in their careers. After all, Warner Bros. heard samples from this record, and that was what landed them a major label recording deal. But nooo, they had to become a soft rock/easy listening band later on. For starters, this is the first album you need to get, but stay away from anything after Zaireeka. I'm sure glad that I heard this one first.
Read more
One person found this helpful
Helpful
Comment Report abuse

B. Parker
5.0 out of 5 stars The mindmelting majesty of early Lips
Reviewed in the United States on April 13, 2006
I can't recommend this enough. The acid fried psychedelic majesty of this album is something to behold. Buy it and for God's sake, turn it up!

Some info on the vinyl release - There is a 15 track colored vinyl reissue on the same label (Plain). That's the one that came out in late 2005. I don't necessarily know which one the sellers are offering, so you might want to check. The extra 5 tracks are "Lucifer Rising", "Ma, I didn't notice", "Let Me Be It", "Drug Machine", and "Strychnine/Peace, Love and Understanding". These tracks are the same that are on the first disc of the expanded CD reissue of this - "The Day They Shot A Hole In the Jesus Egg."

John Bullabaugh
5.0 out of 5 stars Paisley Licorice Screamhead
Reviewed in the United States on November 22, 2001
A transitional record for the Flaming lips, bridging the manic, eclectic psonic pspew of the 1st 3 releases & the more user-friendly major label output. The sonic barrage of "God Walks Among Us Now" and "Lucifer Rising" is balanced with the Zeppelin-meets-Neil-Young melodicism of "There You Are" and the memorable thump of "Take Me Ta Mars". Their ability to mix out-and-out WIERD with utterly compelling & accessible still confounds known natural laws to this day. This is where the zygote of what was to become today's Flaming Lips can be viewed, grinning.
Read more
One person found this helpful
Helpful
Comment Report abuse
See all reviews