You've subscribed to The Opera Mysteries! We will preorder your items within 24 hours of when they become available. When new books are released, we'll charge your default payment method for the lowest price available during the pre-order period.
Update your device or payment method, cancel individual pre-orders or your subscription at
Your Memberships & Subscriptions
There was an error. We were unable to process your subscription due to an error. Please refresh and try again. 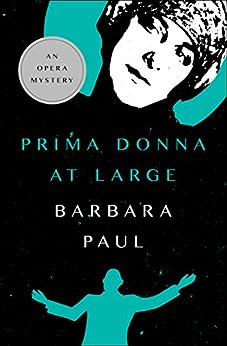 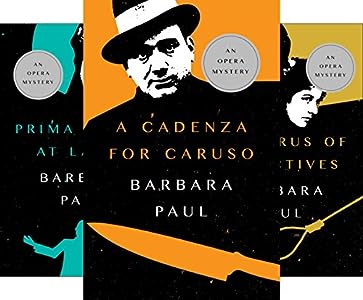 “Sparkling . . . [Paul] has mastered the art of writing comedy-mysteries.” —Boston Herald on But He Was Already Dead When I Got There

Barbara Paul is the author of numerous short stories and novels in both the detective and science fiction genres. Born in Maysville, Kentucky, she went on to attend Bowling Green State University and the University of Pittsburgh, earning a PhD in theater history and criticism. She has been nominated for the Shamus Award for Best PI Short Story, and two of her novels, In-Laws and Outlaws and Kill Fee, have been adapted into television movies. After teaching at the University of Pittsburgh for a number of years, she retired to write full-time. Paul currently resides in Sacramento.

Kindle Customer
5.0 out of 5 stars Barbara Paul is a genius
Reviewed in the United States on April 26, 2021
Verified Purchase
I originally read this years ago. And it continued to call to me. Well plotted, with engaging characters, but it also includes at least one scene that is so beyond laugh out loud funny that tears were running down my face. Glorious
Read more
Helpful
Report abuse

Carol MelloTop Contributor: Coloring
5.0 out of 5 stars a hysterical historical musical romp
Reviewed in the United States on April 26, 2002
Verified Purchase
This mystery is a follow on to the Cadenza for Caruso mystery. Caruso has been forbidden to interfere in a murder investigation by the police, so he convinces Geraldine Farrar, a soprano at the Met opera, to investigate for him. Narrated in the first person by Geraldine, the novel provides amusing portraits of many famous Met singers and the life they led in WWI New York City. Ms. Paul's portrait of Geraldine is apparently fairly close to the real thing -- a passionate, intelligent, witty, talented, and beautiful woman. Though not a big fan of opera (but a big fan of NYC), I enjoyed this humorous mystery tremendously. I liked it so much, that if I were not an honest woman, I'd have told the public library I lost the book and paid the fine. Hello, publishers! This is one of many vintage mystery novels that deserve to be back in print so a new generation can enjoy them!
Read more
8 people found this helpful
Helpful
Report abuse

Lyn Reese
3.0 out of 5 stars United States - New York, 1915
Reviewed in the United States on July 15, 2009
Opera fans will love this light, humorous story which fictionalizes the doings of the New York Metropolitan opera diva Geraldine Farrar. They particularly will appreciate the book's reenactments of parts of operas in which Farrar performed her "signature" roles. Farrar's beauty, fiery temper, and numerous flirtations become part of the plot in which a visiting French baritone who has antagonized everyone uses a throat spray laced with ammonia. His vocal chords, indeed his voice, are permanently damaged. "He might as well be dead," intones Farrar, and soon her words come true. With herself as a major suspect, Farrar, urged on by Enrico Caruso, initiates her own investigation, which turns out to be a delightful romp.

Surrounding Farrar are stars who were a major part of her life during the Mets "golden age." The author has created wonderful fictional sketches of Caruso, Pucinni, Emmy Destinn, Pasquale Amato, Toscanini, and actor David Belasco. Even Farrar's young female fans, the famous "gerryflappers," are given a part to play. The short Epilogue tells you what happened to these personalities in the following years.

A more serious leitmotif is the constant references to the looming European war. Most of the singers are from lands increasingly drawn into the conflict. Memories of good times there are recalled amid the growing realization that that the war might last, that America may be drawn into it, and that the inevitable war relief tours will become standard fare. These tense moments are lighten by descriptions of the singers hangouts, the Met and Belasco theaters, Mulberry Street on the Italian immigrant Lower East Side, and, above all, the numerous backstage dramas.
Read more
4 people found this helpful
Helpful
Report abuse

Sunnye Tiedemann
5.0 out of 5 stars Meddling, merriment, murder and mayhem at the Met
Reviewed in the United States on August 8, 2002
Paul had to do a lot of research to put this delightful story together and she has done a superb job of portraying historic opera stars in a fictional situation. Geraldine Ferrar is the heroine; Enrico Caruso and Arturo Toscanino share the action with fictional characters in this romp through murder at the Metropolitan Opera.
Phillippe Duchon is an annoying, egotistical personality and everyone at the Met has just about had all they can take of him. Suddenly someone replaces his throat spray with ammonia. His vocal chords and his life are finished.
"Rico" Caruso is hard on the trail of the killer but Police Lt. O'Halloran of the NYPD threatens to lock him up if he doesn't quit meddling. Geraldine Ferrar takes over for Rico and the fearless and gorgeous diva throws caution to the wind to find the killer.
This is lightweight entertainment, sheer delight with every turn of the page. Prepare to laugh out loud -- you'll dread finishing it.
Read more
5 people found this helpful
Helpful
Report abuse
See all reviews