Primal Heat Part 1: A Paranormal Shapeshifter Werejaguar... and millions of other books are available for Amazon Kindle. Learn more 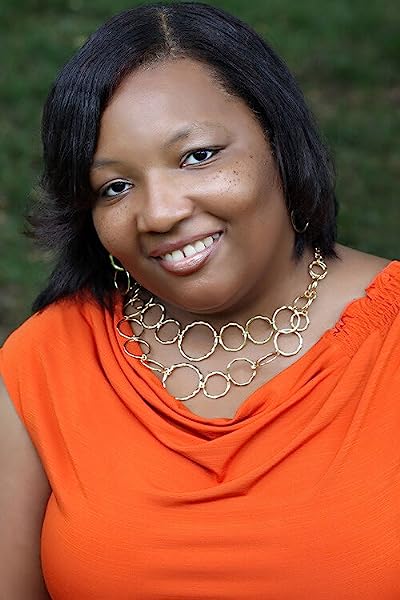 “Deliciously edgy, sexy, and certainly not to be missed. A.C. Arthur knows how to deliver the heat.” ―Lora Leigh, #1 New York Times bestselling author on A.C. ARTHUR and her Shadow Shifter novels

“Arthur does a great job of building up the sexual tension…I'll be looking for the next one in the series.” ―Under the Covers on A.C. ARTHUR and her Shadow Shifter novels

“Romantic…exciting…fast-paced.” ―Genre Go Round Reviews on A.C. ARTHUR and her Shadow Shifter novels

“[A.C. Arthur] will keep you entranced starting at page one. The attraction between the characters is immediate and intense…totally awesome! I can't wait for more!” ―Night Owl Reviews on A.C. ARTHUR and her Shadow Shifter novels

A.C. Arthur was born and raised in Baltimore, Maryland where she currently lives with her husband and three children. An active imagination and a love for reading encouraged her to begin writing in high school and she hasn't stopped since. Her debut novel Object of His Desire was written when a picture of an Italian villa sparked the idea of an African-American/Italian hero. Determined to bring a new edge to romance, she continues to develop intriguing plots, sensual love scenes, racy characters, and fresh dialogue―thus keeping the readers on their toes!
Start reading Primal Heat Part 1 on your Kindle in under a minute.

4.8 out of 5 stars
4.8 out of 5
73 global ratings
How are ratings calculated?
To calculate the overall star rating and percentage breakdown by star, we don’t use a simple average. Instead, our system considers things like how recent a review is and if the reviewer bought the item on Amazon. It also analyzes reviews to verify trustworthiness.
Top reviews

LL Brown
5.0 out of 5 stars Romance by a Shifter
Reviewed in the United States on August 5, 2015
Verified Purchase
Primal Heat is the last and final book in the Shadow Shifters Series. From the moment you pick up the book you will not be able to put it down until you have reached the end. Eli is bound by duty to protect the most powerful shifter in the world and while he takes his job serious there is a side to Eli that he would like to keep hidden. Eli has never felt that he deserved to have a mate or be happy like everybody around him. Eli has to come to grip with his past, and when her realize that he has gift that he is not ready to accept. .
Nivea is a woman who knows what she wants and she wants Eli, she has been waiting six years for this man to realize that she is the ONE. Nivea know she has her work cut out in order for Eli to see that he is her mate.

As the Shadow knows that their secret is about to be exposed they prepare for the battle of a lifetime to protect their lives and the one they love. Eli still struggle but in the end Eli realize that she is the ONE. Now the question is: Will Eli be too late?……………………purchase the book.

As with anything that has to come to close this is bittersweet for me, but I know for a fact that Primal Heat has prepared us for more to come from AC Arthur. The Shadow Shifters has come full circle and the shifters have been a JOY to read about. The men and the women they fell in love with.
Smooches
Louise Brown
Read more
2 people found this helpful
Helpful
Report abuse

I just finished reading Primal Heat. Let me start by saying I liked the book. The story lived up to everything the previous books had and what I’d come to expect when reading this paranormal romance series. There’s action, sex, interesting dialogue, intrigue, romance and suspense.
However, that said, as my title states, I felt left hanging. The ending three chapters felt rushed and the last chapter didn’t close the series out complete. As far as I'm concerned, I’m still at the day after the big battle and I have all these other questions; did they find the missing FL, did they kill off the entire hybrid Shadow Shifters and Rogues, did Dorian ever find out that Kalina was a Shadow Shifter, what did the First Family have, child-wise. I’ve more questions, but as you can see this is way I felt left hanging. I would have liked to have read at least two more Shadow stories so the other two FL (if both survived the coming out battle) could have found “mates”.
I also, was lost on some the finer points in the book. Call me a stickler for details which is normally not my style but I got confused, I just didn’t understand the whole discussion with the FL in Pacific and his potential Shifter client, I thought it was leading somewhere and maybe it did but it went straight over my head.
The only other thing that bothered me was the relationship between the two main characters; in some places it just seemed to drag for no reason at all, the couple’s in-fighting was a little redundant. I get that it was a fighting of attraction or more specifically, the importance of that attraction, but it was just too much for me.
I know it sounds like I didn’t like the book, but I really did. I just don’t like having a series end on a cliffhanger and for me it did. I like a clean finish, either a “Happily ever after”, or “We're all gone never to be seen again”. Of course, because this is a romance novel I prefer my “Happily ever after” to the “Hit the road Jack". Just so long as the series final wraps up the all the major and minor storylines, I'm good.
Read more
2 people found this helpful
Helpful
Report abuse

martha ruff
5.0 out of 5 stars Sad To See It End
Reviewed in the United States on May 5, 2017
Verified Purchase
I don't know how to feel...it's bittersweet because although this was an exceptional book, I hated to see this series come to an end. However I really wish that I can say that I was happy with the ending but that wouldn't be true. I honestly feel as though this was a cliffhanger because we don't know what happened to Cole, whether Ezra was going to be okay, or what decisions were made between Roman and the President. I truly would've loved as well as appreciated a definite ending to the story since it was supposed to be the final book in The Shadow Shifters Series.
Read more
One person found this helpful
Helpful
Report abuse

Jackie Williams
5.0 out of 5 stars Love those shadows
Reviewed in the United States on April 5, 2019
Verified Purchase
If you like the paranormal type books then you are really going to enjoy this. It has a great story line, it's a page turner from beginning to end. The characters are so believable and engaging. I love this book but you just can't read this one. You have the read the rest of them but not necessarily in order but they're all connected in they're all awesome books.
Read more
Helpful
Report abuse

T,.S.
5.0 out of 5 stars BRAVO!!!! Round of applause for this book!!
Reviewed in the United States on August 31, 2015
Verified Purchase
Is this the end?!!! (In my New Edition voice) This book was awesome,but still left me with questions.The book kept me on the edge of my seat and up late at night not wanting it to end and wanting it to end all at the same time!!! The inclusion of all the characters from all the books leading up to this was great! The suspense,the angst.the love, it was all here and I loved it all!! A.C Arthur deserves a standing ovation for this book and maybe her muse will convince her she'snot done with these Shapeshifters just yet. I mean we do have other Faction Leaders left...I'm just saying.... :o)
Read more
Helpful
Report abuse

Bookluvr
5.0 out of 5 stars Love Shadow Shifters
Reviewed in the United States on February 8, 2016
Verified Purchase
I know that my critique should be about Eli & Nivea, but what is there to say really. In the grand scheme of things, their love story was such a small part of the story.

I certainly hope this is not the last of the series as I need to know what is to become of the Shadow Shifters now that this has happened. So please Ms. Arthur, please say there is more to come.

As always, this was another page turner that I hated to see end.
Read more
Helpful
Report abuse

Peggy A. Smith
5.0 out of 5 stars Hot and steamy.
Reviewed in the United States on September 11, 2015
Verified Purchase
I have read each of the Shapeshifter novels from the very first one. Each book got better and better. This is the last of the segment and I am sad for it to end. The characters are hot and sexy guy's along with their women who brings out the best in their mate. The love scene's are incredible. If you haven't read any of the shifter books you are doing yourself a disservice. Go out and order every last one of them. You won't be disappointed.
Read more
Helpful
Report abuse

T. Clark
5.0 out of 5 stars Well done!
Reviewed in the United States on March 23, 2021
Verified Purchase
I loved this book! Eli's being a Seer was just awesome. He completed the team Rome needed around him. And when he finally mated......wow!
Read more
Helpful
Report abuse
See all reviews
Back to top
Get to Know Us
Make Money with Us
Amazon Payment Products
Let Us Help You
EnglishChoose a language for shopping. United StatesChoose a country/region for shopping.
© 1996-2021, Amazon.com, Inc. or its affiliates