You've subscribed to Crush! We will preorder your items within 24 hours of when they become available. When new books are released, we'll charge your default payment method for the lowest price available during the pre-order period.
Update your device or payment method, cancel individual pre-orders or your subscription at
Your Memberships & Subscriptions
There was an error. We were unable to process your subscription due to an error. Please refresh and try again. 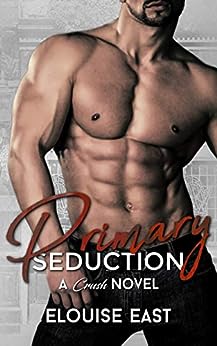 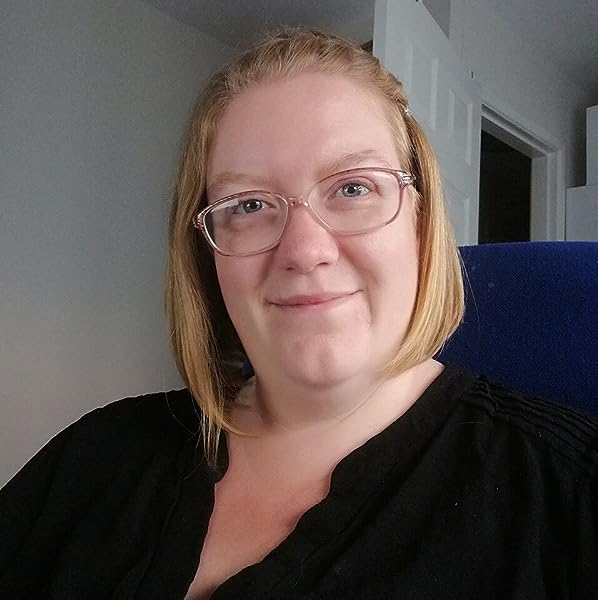 Nolyn: The Rise and Fall, Book 1
In the depths of an unforgiving jungle, a legend is about to be born. Listen now
Books In This Series (9 Books)
Complete Series 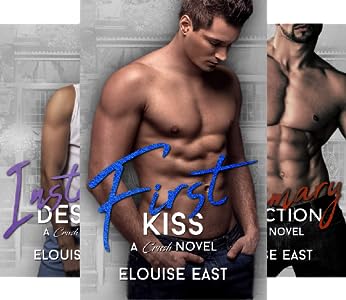 Mobookworm
5.0 out of 5 stars Such an emotional, sexy read
Reviewed in the United States on November 21, 2019
Verified Purchase
This series has been amazing. And I'm waiting on the ugly people to bash it, to say it's not "normal". It's unrealistic, blah blah blah. I say let em, I loved the way Trent and Max grew closer together. And who says you can't grow and change? I think it was perfect the way these two learned about each other and also more about themselves plus their whole circle of friends is amazing.
Can I have them too??
Have to say this has become a one click Author for me, the depth and story pulls me right in and the sexy parts are just a cherry on top of a huge book sundae I devoured in one read.
Read more
One person found this helpful
Helpful
Report abuse

Sue Allen Milkovich
5.0 out of 5 stars WHAT A JOURNEY
Reviewed in the United States on January 28, 2020
Verified Purchase
This is the third installment of the CRUSH SERIES. They are related but can completely be read alone. The characters know each other but the books cover the main characters in each story. This story is about sexy interior designer Max and primary school teacher Trent. Max has been crushing on straight Trent for months. They are trying to get to know each other but when Max gets nervous he acts inappropriate. This all changes when Max needs help and Trent steps in to lend a hand. This is a HOT and surprising dynamic. It's a gradual climb to great heights for both. This is filled with smiles, quirks, misinterpreted looks and bold discoveries. This is a TERRIFIC story. I HIGHLY RECOMMEND THIS BOOK AND THIS IMPRESSIVE SERIES!!!
Read more
Helpful
Report abuse

Kindle Customer
4.0 out of 5 stars BDSM done right
Reviewed in the United States on June 27, 2021
Verified Purchase
I enjoyed this. I liked Max and Trent's dynamic. They were friends not really close but got along well. I liked how Trent was there for Max when he got hurt and how Max was there for Trent regarding his ex-wife. I did find it shocking when Trent's wife was found to have been doing some really foul things to not only Trent but their children. I was glad that they settled all things with her and with Mac's attacker. I'm also glad they got their HEA.
Read more
Helpful
Report abuse

Abe Fan
4.0 out of 5 stars Interesting series
Reviewed in the United States on April 18, 2021
Verified Purchase
I’ve purchased and read more of E. East’s books and this series is entertaining. It has a plot, 2 MCs who are (for me) well enough developed and side characters who aren’t imposing on this book. The same was with the other MCs in books 1 and 2. I’d recommend the series. ❤️
Read more
Helpful
Report abuse

D - Simply Love BR
3.0 out of 5 stars I’m not sure I’ll read more by this author, but I certainly wouldn’t rule it out, either.
Reviewed in the United States on December 9, 2019
Primary Seduction by Elouise East is the first book of hers I’ve read. For the most part, I enjoyed the book, but it is part of a series, which I didn’t realize when I chose to review it. I may have liked it better if I had read the previous books, as there are numerous references to characters and relationships that probably would have made more sense. I think I picked up on most things, but there were a few references that came out of nowhere, that I just didn’t get. I liked both Trent and Max, as they are both likeable, sympathetic characters.

Trent is a divorced father of two teenaged daughters, with a demanding ex-wife who has zero respect for boundaries. He’s always considered himself to be heterosexual and is confused by his attraction to Max. As he has several close friends who are gay, it’s not a matter of homophobia, but rather not what he understands himself to be. He’s never been attracted to men before Max, so he doesn’t really understand why he has feelings for him. I thought that part of the story was handled thoughtfully and felt authentic to me. My two biggest issues were with the editing and Trish, Trent’s ex-wife. I am a detail loving reader. I like details and I like them to make sense as far as the plot and other elements of the story are concerned. They also need to make sense in a realistic way, and they need to flesh out the story or characters while moving the plot forward. Primary Seduction had way too many details, even for me. For example, how Max spent his day (detailed descriptions of the clients and jobs) on appointments with clients is completely unnecessary to the plot and the story really gets bogged down. An editor with a bit of a heavy hand could tighten up this story and move it along at a far better pace. But Trish is the real issue for me. She is every stereotype of an evil ex, all rolled into one. She is more of a caricature than a character. Trent is taken advantage of by her at every turn, which didn’t make any sense to me since his brother is a divorce attorney (who he sends a friend to for legal advice). I struggled to buy into the terms of his divorce, custody agreement, support, etc. There were so many red flags with this woman; Trent just didn’t see them or ignored them, but he basically let her steamroll him until he finally stood up to her. He was a very smart, kind, caring man in all other aspects of his life, but when it came to his ex-wife, he just came across as naïve and clueless. It would be one thing if she were just a garden variety nasty ex, but she’s over the top and no one seems to notice or to do anything other than dance to her tune. I would have liked the story more if her character had been handled with a little more subtlety which would have made Trent’s gullibility more believable, too.

I’m not sure I’ll read more by this author, but I certainly wouldn’t rule it out, either.

Maria V.
4.0 out of 5 stars 4.5 stars and a must read!
Reviewed in the United States on December 3, 2019
4.5 stars. A beautiful story about finding yourself and love...no matter where you come from or your past. Trent is getting divorced and has two daughters, and while Max always had a crush on him, nothing happens too quickly. Honestly, if it did, I don't think I would like it at all. They have to work through things like their feelings for each other, their lives, and everything else in the middle. But they do, and their love blooms...not that it's easy because it isn't.

The writing is well-done and the style is refreshing. This is the first book I've read by Elouise East, but it won't be my last. I loved the emotion, the plot, and everything else. Before you think this has been done before, yes, we've all seen the straight to gay, gay for you, etc tropes, but this was a breath of fresh air and I don't want to give too much away. I will say that it's probably not what you expect, the author does a great job of putting us in the middle of her storyline so we can see everything as it plays out. One-click this 4.5 star read today!
Read more
One person found this helpful
Helpful
Report abuse

Sue O.
4.0 out of 5 stars Crushes can become more
Reviewed in the United States on November 22, 2019
This was my first read by this author but I most definitely need to go back and read the first two books in the Crush Series. Was this book steamy? Oh heck yes it was...squirmy steamy. Trent has lived his life always believing he was a straight man. One who had been destroyed by his nasty wife but who loved his children more than anything. Max had been cast out by those who should have loved him most but he persevered and made a great success of his life...except in the relationship department. Early on he knew what he needed but finding one person to meet those needs seemed to be the most difficult thing for him. Max and Trent have mutual friends and spend short amounts of time together. Despite Trent being straight, Max can't help but have a crush on him. Read the story to find out how these two navigate their own individual issues and feelings and also to have a little bit of suspense to add to the story.
Read more
One person found this helpful
Helpful
Report abuse
See all reviews