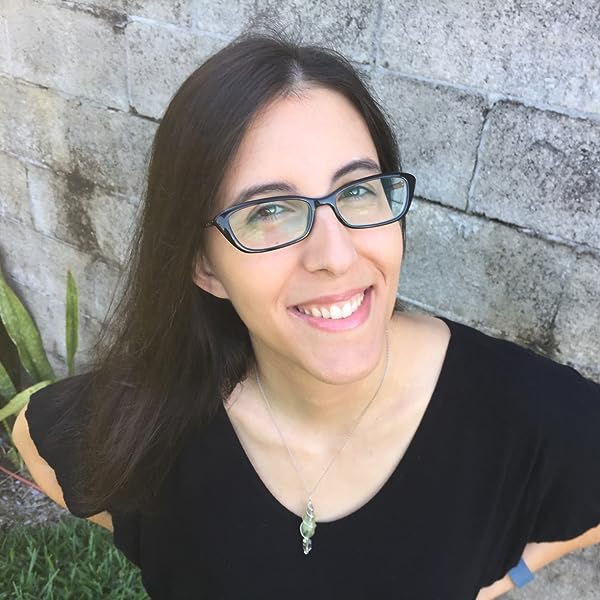 “This is a wild and imaginative adventure that captures the importance of one’s chosen family.” (BookPage)

“Valerie Valdes delivers a hilarious and heartwarming story of a lovably screwed-up found family pinballing through a galaxy of spies and villains. My crops are watered, my skin is clear, my shields are at full strength, and my heart is ready for Eva’s next adventure.”   (Patrick Weekes, author of Feeder)

“Imagine if Firefly and Mass Effect got together and had a baby, and that baby were delivered by Guillermo del Toro. This book is that baby. ¡Esto fue un triunfo!” (Curtis C. Chen, author of the Locus Award finalist Waypoint Kangaroo )

Valerie Valdes’s work has been published in Nightmare Magazine, Uncanny Magazine, and the anthologies She Walks in Shadows, and Time Travel Short Stories. She is a graduate of the Viable Paradise workshop and lives in Miami, Florida with her husband and children.

Start reading Prime Deceptions: A Novel (Chilling Effect Book 2) on your Kindle in under a minute.

4.5 out of 5 stars
4.5 out of 5
61 global ratings
How are ratings calculated?
To calculate the overall star rating and percentage breakdown by star, we don’t use a simple average. Instead, our system considers things like how recent a review is and if the reviewer bought the item on Amazon. It also analyzes reviews to verify trustworthiness.
Top reviews

Cody
5.0 out of 5 stars Another Amazing Tale
Reviewed in the United States on October 12, 2020
Verified Purchase
Mrs. Valdes knocked it out of the park again with Prime Deceptions. Another wild ride with Eva Innocente and the crew of La Sirena Negra. Each of the characters are so unique and we get to see a new side of, or find out new information about them. I'm looking forward to the next story, wherever it might take them.

The story takes many wonderful twists and turns and she builds upon everything so well, mixing tension and humor in equal measure. It's great to see certain characters return, and some not so great. Compliments to her for making some genuinely unlikeable characters.

All in all, I recommend this and the first story for any trying to find a good space opera with heart and humor.
Read more
One person found this helpful
Helpful
Report abuse

Kevin
5.0 out of 5 stars A freat sequel
Reviewed in the United States on December 22, 2020
Verified Purchase
A sequel even better than the original and we get to know the characters even better in this one. The story moves between planets and absurd situations and deftly. The drama and action is always balanced with a keen sense of humor that makes this a fun read.
Read more
Helpful
Report abuse

Lauren S.
4.0 out of 5 stars Hilarious and insightful scifi
Reviewed in the United States on September 16, 2020
I am still deeply in love with the cover art for this series. The Cat floating in space! The neon text! The gorgeous colors! I would totally hang this up near my bookcases. This is the second in the Chilling Effect series, so there a!re spoilers for the first book in this review

I came out of the last book disappointed because I was expecting something, well, not as dark, plus I’m not a huge fan of plot lines that revolve around the main character lying to everyone. So I wrote my review of Chilling Effect and figured it would fade to the back of my memory. Instead, I would randomly remember a scene and start giggling – Tim, “well, actually,” the cats. And I kept recommending it to my friends, random people I would meet at the bookstore, my librarian, etc. Basically, what I’m trying to say is that I’m as much of an idiot as Eva, and my reread prior to jumping into this book confirms it. It’s an amazingly funny book with a messy heroine and a sweet romance – and that description applies to Prime Deceptions as well.

“You are so violent, I swear,” Pink said.
“Violence isn’t always the answer,” Eva said. “I just ask a lot of violent questions.”

We jump right back into the action a few months after the end of the last book. Eva's still messy, and she’s done some things she’s not particularly proud of, but my God, is she trying to do better. The crew of La Sirena Negra are her family, so when a mission comes in from the Forge – the secretive agency that Eva’s sister Mari works for – to find a crewmate’s brother that’s supposedly been kidnapped, Eva can’t say no, even if it does have uncomfortable echoes of what happened the last time she went looking for her own supposedly kidnapped sibling.

“You gonna forbid me from other fun stuff, too, like punching people and setting things on fire?”
“Those things are not fun, you anarchist.”
“Is anarchy bad now? I’ll update my translator nanites.”

What I particularly loved about this book is that Eva’s learning to work in a team – passing decisions by Pink, her co-captain, and making use of Vakar, Min, and Sue’s talents. She still agonizes about putting them in danger, but she’s slowly realizing that holding back information and making decisions for them is, well, not cool. The relationships between the crew continue to develop, though my favorite is the romance between Eva and Vakar. They’re just so ridiculously sweet together! Of course, the crew end up haring off to new destinations and running into new trouble. There’s also some cameos from old favorite and “well, actually” not so favorite characters. In addition, the plot feels tighter in this one because each mission they go on is in service of finding Sue’s brother.

One of the best things about these books is that they take scifi tropes, relentlessly poke fun at them, and then reinvent them into something thought provinkingly new and even more hilarious. The main item in this book is the Pocket Pals – or Ball Buddies, as Eva insists on referring to them – that are a ridiculously hilarious riff on Pokemon. I’m sure there’s more references I missed, but my personal favorite was a one-liner about Bioshock that had me spit out my tea. That’s not to say that it’s all light. Woven into the humor are musings on the prime directive, redemption and how scars – physical and mental – affect us. In the last book, we learned that one of Eva’s major regrets – and the reason she swore to never lie to her crew like her old captain lied to her – was her actions on Garilia, though what those were was never revealed. In this book, we finally found out, and it’s a doozy – and it makes me hate Tito and her dad even more. Eva’s got some serious PTSD from that event and I thought the way it was handled was brilliant.

“It’s nice to be appreciated,” she said. “It’s nicer to get paid. Adiós, hasta luego.”

Overall, this easily gets 4.5 stars, and it’s my favorite science fiction read fo the year so far. Highly recommended!

I received an advance review copy of this book from NetGalley. This does not affect my opinion of the book or the content of my review.
Read more
One person found this helpful
Helpful
Report abuse

William Bentrim
VINE VOICE
4.0 out of 5 stars Great Follow Up To Chilling Effect
Reviewed in the United States on September 17, 2020
Prime Deceptions by Valerie Valdes
This is a follow up to Chilling Effect. Eve is a trouble prone cargo freighter captain. This volume involves her continued fight with the Fridge and the discovery of the Forge.
Both the Fridge and the Forge support their own conspiracy and both are often at odds with Eve and her crew. A side bar story is Sue, who joined the crew in Chilling Effect, trying to find her cybernetic guru brother. Between being involved in bot fights and synthetic creature creation, the crew supports each other.
Eve discovers her extra-species boyfriend, Vakar, is a Wraith, a CIA type for his species. That does nothing to diminish their mutual affection.
Eve’s mother turns out to have more responsibilities with B.O.F.A., the united planets policing agency than Eve or Mari, her sister, ever expected.
This is a good series and I look forward to more books.
I recommend.
Read more
One person found this helpful
Helpful
Report abuse

library977
4.0 out of 5 stars fun read
Reviewed in the United States on September 20, 2020
A lot of science fiction novels are fairly serious. This series, which I would be thrilled to read more of, is not. It’s just a good time and an fast paced action adventure with a scrappy spaceship crew getting in over their heads. There are silly bits like the Pokémon references but they all work well with the tone of the story. It’s not humorous fiction but there are funny bits in with the action to keep things moving along. I liked book one in this series but book two is definitely stronger and I really look forward to book three now!
Read more
2 people found this helpful
Helpful
Report abuse
See all reviews