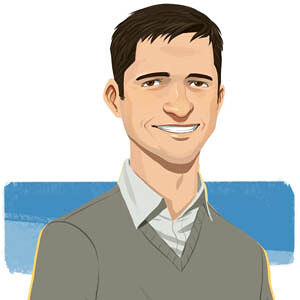 by Fletcher Dunn (Author)
4.5 out of 5 stars 99 ratings
See all formats and editions
Sorry, there was a problem loading this page. Try again.

Fletcher Dunn is the principal programmer at Terminal Reality, where he has worked on Nocturne and 4x4 Evolution and is currently lead programmer for BloodRayne. He has developed games for Windows, Mac, Dreamcast, Playstation II, Xbox, and GameCube.

Estefano Palacios Topic
5.0 out of 5 stars Great, great, great
Reviewed in the United States 🇺🇸 on February 26, 2010
Verified Purchase
I beg you: do not try to read *any* 3D Game Programming book without checking out this baby first! Really, unless you are a math major already graduating from college, or a very wise industry professional, this book will be useful. For example, I am a second year college student and I already passed ODE, Linear Algebra and Calculus courses, my university is one of the most wildly recognized in Latin America for being very strict on mathematics, physics, and chemistry, so I can say that I feel pretty content with my skills. Still, this book worked wonders for me. Yes, yes, yes, this IS very basic, no doubt, but It's not only about the brute knowledge on mathematics and geometry that's important for graphics programming, but also how to apply those concepts, and why these are important. We all know vectors, we all know linear algebra, but we really don't know how to do AABB vs. plane intersection tests with them do we?

I can't even begin to imagine how useful this text would be to high school students. I mean, to be exposed to this material before going to college can only be awesome. They have some basic knowledge of Linear Algebra before even dreaming to taking such a course? Nothing beats that! Well, maybe grabbing a real, fully fledged Lineal Algebra textbook like Grossman's, but nothing beats the fun of knowing you are reading a video game/3D graphics book!!!

Furthermore, I read Frank D. Luna's brilliant Introduction to 3D Game Programming in DirectX 9.0c: A Shader Approach, and had no problem what so ever. I even skipped the "Mathematical Prerequisites" part. THAT's how good this books is!!!

There's Dover Book for Ordinary Differential Equations, Grossman for Linear Algebra, Larson for Calculus, Sears-Zemansky for Physics, and there is Fletcher Dunn & Ian Parberry's for an introduction to 3D Math...

My only disappointment with this book is that it lacks the answers for one third of the exercises. Oh, and there are a few typo's here and there, buy honestly, what book really doesn't? (Most of the errata is published anyways in the book's site: [...]). I also want to leave this clear one more time: the book is basic in kwoledge, where it excells is in the very clear presentation of that knowledge.
Read more
5 people found this helpful
Helpful
Report abuse

Steve
5.0 out of 5 stars Best intro to 3D math, hands down
Reviewed in the United States 🇺🇸 on August 31, 2010
Verified Purchase
The past week I've picked up about three different math books aimed for game programmers, which gloss over important math topics that a game programmer would most likely encounter programming games and graphics. The problem with the majority of these books is that they were too vague and/or just failed at explaining concepts clearly. It seems to be a common problem of trying to cover too much, and the authors quickly lose sight of the path and veer off-road.

3D Math Primer for Graphics and Game Development was my last hope. By reviewing the table of contents, it appeared to be aimed again towards those that were confident in the rudimentary concepts needed to understand and undertake 3D math. Yet, with nothing to lose, I downloaded the Kindle sample and was relieved that this was not the case. While there is only a short Appendix that reviews trig and related prerequisite concepts, the tone and approach the authors use to guide the reader is so incredibly friendly to those who may lack confidence in math. After completing the sample chapter, which covered the basics of the, 2D and 3D Cartesian system, I couldn't believe how easy it was to read and how well I was retaining the information, actually understanding every word that glowed off my iPad. Finally, it looks like I found a winner. The authors alone write with such confidence that just declares how well they understand the topic matter, and that they know, better than anyone, how to teach this material to virtually anyone of any skill level.

It's probably best if you are confident in at least trigonometry and basic algebra before reading. If you need to go over these concepts quickly, go to [...] and view the trigonometry videos. After you have your trig refreshed, dive into this book and you'll be sure to be ready to tackle any game or graphics related programming problem with confidence.
Read more
One person found this helpful
Helpful
Report abuse

Drifter
4.0 out of 5 stars Great Introduction to the Math and Algorithms Behind Rendering
Reviewed in the United States 🇺🇸 on August 14, 2006
Verified Purchase
The first time I tried to read this book, I took frequent breaks and only made it to about chapter 10, not really understanding a few of the proofs and algorithms. However, after going through the entire book all at once in about a week, I was able to understand everything. It was definately worth it.

Knowledge of the concepts presented in this book are absolutely critical to you being able to understand and use graphics apis such as direct x. This book will demystify what goes on inside a 3d engine, and will clearly detail to you the steps required to render a scene. Of course, it can't teach you everything, but by the time you have read it you will have a good working knowledge of what it takes to write a decent 3d engine. Definately worth it - you've got to know this material eventually, and this book is a good choice.
Read more
8 people found this helpful
Helpful
Report abuse
See all reviews

Peter
3.0 out of 5 stars OK in places, but not ideal
Reviewed in the United Kingdom 🇬🇧 on May 13, 2010
Verified Purchase
I bought this book while studying for a degree in Computer Games Technology, and certainly found it helpful in understanding some of the essential maths required for game development. I know some people complain that it is "written for mathematicians", but to be honest it's almost as simple as you can get while still covering the topic enough to actually use it.

However, in its simplicity it seems to obscure a few things. There seemed to be a few minor mistakes in it, and things which just weren't terribly well defined. As such, it's OK, and I'm sure it can still be helpful for some readers, but I would recommend using it alongside something a bit more solid, such as " Essential Mathematics for Games and Interactive Applications: A Programmer's Guide ".
Read more
2 people found this helpful
Report abuse

Doddy
1.0 out of 5 stars poor condition.
Reviewed in the United Kingdom 🇬🇧 on September 4, 2020
Verified Purchase
Book was advertised as good condition however pages are already falling out of it after two weeks. The book has also been exposed to damp in the past and has had a cellophane wrap added to the cover at some stage which is pealing off. Not great when it cost me £40.
Read more
Report abuse

Rasputin
5.0 out of 5 stars Exceptionally good book
Reviewed in the United Kingdom 🇬🇧 on February 25, 2004
Verified Purchase
The authors of this book is a game programmer and a professor of Computer Science. This team is excellent!
The game programmer has alot of focus on making the material understandable, and the professor has focus on the mathematically correct semantics. Unlike other books, that teaches game programming (of which many have an author with his strength on either field), this book has the right blend of understandable text parred with the right mathematical semantics.
Furthermore the text is supported by code, so if you are shaky on some of the math, you can see the implementation in C++ code.
As a total math newbie, this book helped me alot, and today I understand totally and in detail what is going on in my 3D programming.
An ABSOLUTE MUST, if you want to learn 3D on top level.
Read more
14 people found this helpful
Report abuse

Arnold White
5.0 out of 5 stars Very good primer
Reviewed in the United Kingdom 🇬🇧 on February 19, 2009
Verified Purchase
Very good book, bearing in mind it is a primer. If you are at all a bit uncertain about maths, get this book and it will help you out with lots of clearly explained chapters. Well worth having around.
Read more
One person found this helpful
Report abuse