The Prince of Peace (The Kingdom of Love Book 2) and millions of other books are available for Amazon Kindle. Learn more 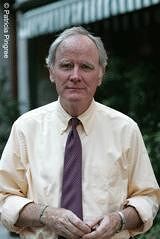 4.2 out of 5 stars 27 ratings
Book 2 of 2: The Kingdom of Love
See all formats and editions
Sorry, there was a problem loading this page. Try again.

Start reading The Prince of Peace (The Kingdom of Love Book 2) on your Kindle in under a minute.

Kathleen Valentine
4.0 out of 5 stars Loved 90% - Hated 10%
Reviewed in the United States on August 26, 2009
Verified Purchase
Warning, this review contains spoilers but I don't know how to express my reaction without them!

Frank and Michael grew up together in New York City just down the hill from The Cloisters. As boys they would often go to The Cloisters to sit in the garden, smoke cigarettes, and discuss life. They were altar boys together and their growing up, in the 1940s was as naive and as Catholic as my own life was a decade later.

Michael served in Korea where he was a hero and spent 3 years as a POW. When he returns to America he decides to enter the seminary. Frank is an aspiring poet, aspiring beatnik, and ultimately winds up teaching at Fordham, the Jesuit university in New York. Carroll is a masterful writer and, though he spent a lot of time describing the era, the politics, the settings, it was done so well and the story was so compelling that reading it was sheer joy.

As a young deacon, a year away from ordination, Michael meets the very beautiful and feisty Sister Anne Edwards and, because of her passionate commitment to trying to save the school she teaches at, he has his first taste of political activism but things do not go well. In the fallout he introduces Sister Ann to Frank, returns to the seminary, she leaves the convent and goes back to being Carolyn. She has fallen in love with Michael but, because he is unavailable, marries Frank. This was a bit of a stretch for me but, okay, I'll bite, what's up with this?

But, of course, it doesn't matter because the rest of the book is about Father Michael Maguire --- it is about the politics leading up to the war in Vietnam and Michael's efforts to save the children being wounded in the war, and then his fight to stop the war, and then his life as a fugitive and an activist, and a hero to the millions who support his cause. Now, at that period of time, when I was in high school, college, and beyond, the war against the war in Vietnam was very much a part of my life. I was fascinated by and hero-worshipped the resistance. I loved Abby Hoffman. I loved Tom Hayden. And I especially loved the Berrigans, Daniel and Philip, two brother priests whom I found the most incredible people of the era. So reading about Father Michael Maguire was a delicious treat. The character of Michael seemed very close to Fr. Philip Berrigan in places but also to all the resistance-priests who became politically active. It was a volatile time for Catholics not just because of the war but also because our Church was changing thanks to Pope John XXIII's Vatican II Council.

So, here I am thoroughly engrossed in the story. Throughout Michael's most intense period of activism, during his trial for destruction of Federal Property, and then while he is living underground, he is very much supported by Frank and Carolyn. They love him and admire his work and, when he jumps bail rather than go to prison, they are the ones who forfeit the $20K bail they posted. But it is worth it because they believe in him and what he stands for. This is the story of an incredible, brave, heroic, magnificent warrior-hero priest but it is set against the background of my life. I couldn't turn the pages fast enough and then --- BLAM!

Okay, SPOILER ALERT. If you plan to read the book you might want to quit here. I almost wish I had quit there. We come to find out that Fr. Michael has been having an affair his best friend's wife for the past several years and, when Frank finds out, he is so stung by their betrayal he in turn betrays his lifelong friend, the FBI picks him up, and off to prison he goes.

Now, I'm not going to argue the likelihood or the morality of this. It is what it is and I am a firm believer that a storyteller can tell his story anyway he wants to but... this is the 10% I hate: once again it is the immoral, conscienceless, greediness of a woman that destroys a magnificent man. I mean, come on! Was that necessary? Eve offers the apple and Adam says, "I couldn't help it, Frank, the woman gave it to me. Sorry if I betrayed our lifelong bond by banging your wife but she said she loved me."

Okay, I'm not crazy about a priest breaking his vows but it happens and I'm not crazy about him having an affair with a married woman because that happens too. But it is the blithe, cavalier way that Carolyn (a former nun) continues on in her married life (with his best friend) organizing fund-raisers for him, allowing her husband to support her (and in many ways him) all because she is just so beautiful and she loves him so much. It's such a cliché.

Yes, I know these things can happen but I resented her turning into such a dislikable, self-centered, immoral twit. Is that what the author really thinks of women? Couldn't he come up with something better than that? But, of course, the writer is male and the woman is just so doggone beautiful so who cares if she behaves like a selfish brat?

Sigh. The final scene of the book is just gorgeous, haunting, unforgettable. Much of the book is. But I wish the woman they both "loved" had been worthy of their love --- and of the author's respect.
Read more
9 people found this helpful
Helpful
Report abuse

Kansas57
4.0 out of 5 stars Thy kingdom come
Reviewed in the United States on August 1, 2019
Verified Purchase
A great look into the workings of a Catholic archdiocese, the Church’s culpability in Vietnam, and the challenges of being a priest. What Carroll could have done with the clergy sex abuse scandal that was happening at the same time if he had only known about it.
Read more
One person found this helpful
Helpful
Report abuse

Tinman
5.0 out of 5 stars Outstanding
Reviewed in the United States on May 21, 2021
Verified Purchase
One of the best books that I have read. Somewhat difficult to read by AA veteran of the era, but totally rewarding
Read more
Helpful
Report abuse

Mary E. Latela
5.0 out of 5 stars James Carroll - another great novel!
Reviewed in the United States on December 6, 2013
Verified Purchase
Another superb James Carroll reality-based novel which is sure to capture the perceptive reader's attention, while featuring some current dilemmas in the Churches and some universal issues to be address. Always a winner!
Read more
One person found this helpful
Helpful
Report abuse

Arlene Eisenberg
5.0 out of 5 stars The Vietnam War and the Catholic Peace Movement
Reviewed in the United States on July 11, 2004
Verified Purchase
I was awed by this novel. It is not a fast read, but a most satisfying one. With a great deal of historic detail, Carroll draws from his own experience as a priest during the Vietnam era, and the conflicts he confronted. This book is a "must read" part of Vietnam era literature, along with The Quiet American by Graham Greene. These were complicated times, the country was divided, and it wasn't until the Mai Lai massacre story was revealed that most U.S. citizens realized that our soldiers were capable of, and ordered to by their superiors, commit mass murder of unarmed civilians.
Read more
11 people found this helpful
Helpful
Report abuse

Atlas 1943
4.0 out of 5 stars Anything by James Carroll is good
Reviewed in the United States on October 30, 2009
Verified Purchase
Began reading and then got side tracked on to something else. Ever since he wrote "Constantine's Sword" I have been an avid reader of his works.
Read more
Helpful
Report abuse
See all reviews

barbara
5.0 out of 5 stars Prince of Peace
Reviewed in the United Kingdom on May 28, 2014
Verified Purchase
One of the best if harrowing books I've read in a long time.At first I really didn't think I was going to even like the book never mind enjoy it.How wrong I was.So pleased I carried on.Probably 75% through and find I really hope to find another book which is so cleverly and thoughtfully written.It certainly makes one stop and think about what you've just read.This is the first book I've read by this author and hopefully won't be the last.Don't miss out but be prepared to find certain parts both shocking and incredibly sad.Howeve on a positive note it does remind us that there is a lot of love and kindness in the world.

May 2014
Read more
Report abuse
See all reviews
Back to top
Get to Know Us
Make Money with Us
Amazon Payment Products
Let Us Help You
EnglishChoose a language for shopping. United StatesChoose a country/region for shopping.
© 1996-2021, Amazon.com, Inc. or its affiliates