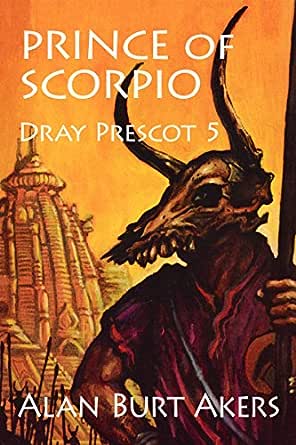 You've subscribed to Dray Prescot! We will preorder your items within 24 hours of when they become available. When new books are released, we'll charge your default payment method for the lowest price available during the pre-order period.
Update your device or payment method, cancel individual pre-orders or your subscription at
Your Memberships & Subscriptions
There was an error. We were unable to process your subscription due to an error. Please refresh and try again. 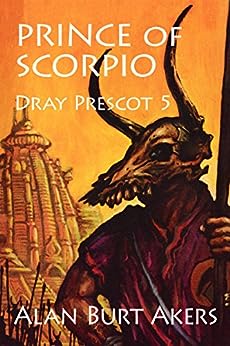 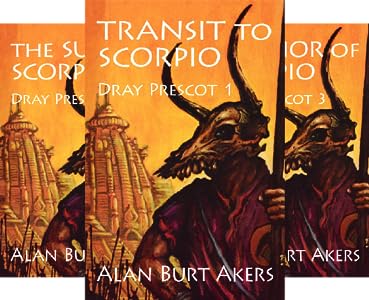 Mel Odom
5.0 out of 5 stars Hai Jikai!
Reviewed in the United States on December 28, 2013
Getting Dray Prescot to his love, Delia of Delphond, and to meet her father, the Emperor of Vallia consumes the first five books of the long-running sword and planet series written by Kenneth Bulmer. The culmination of that quest comes to a head in this novel in the series, and I enjoyed it as much the second time through as I did the first.

I love watching Dray get into battles and struggle against superior odds. He does that from the first page of this book until the very end where he’s battling a host of enemies amid a mountain covered in dinosaur bones.

One thing that constantly amazes me about the Dray Prescot books is how meticulous the author, Kenneth Bulmer, was. He wrote these books back in the days before computers came along to make the lives of readers a lot easier. The wealth of knowledge the man had to keep in his head (all while writing other series books with mythologies just as large and layered) astounds me.

Maybe he kept notes on all the people, places, and language of Kregen. Perhaps there are whole books filled with nothing but Bulmer’s notes, but if that is the case, then there are a great many of them and they are detailed down to the smallest aspect. I applaud Bulmer’s efforts in the books because even now, after having read most of the books 30 years ago, I still remember characters I have yet to encounter in my re-reading experience. Turko the Shield comes immediately to mind, and I’ll be picking him up somewhere in Manhounds of Antares, the first novel of the Havilfar Cycle, when I pick up the series next.

Bulmer also has an extensive vocabulary. I remember reading through the books while much younger, and I couldn’t be troubled to go pick up a dictionary to figure out what a word truly meant. Now with the iPad Kindle app, I just touch and learn, and am astounded by the amount of words the writer knew.

His knowledge of ships and of sailing is prodigious as well, but he was researching those things for other series as well, most prominently George Abercrombie Fox, which I hope to get back to again soon.

This book explores Vallia and the Blue Mountains. After the buildup of the first four books in the series, I was looking forward to seeing what the land had to offer. I loved the idea of the canals and the great trade ships that make their way through the country.

I also enjoyed Dray’s first encounter with Delia’s father, who promptly orders Dray’s head removed from his shoulders. All of that culminates in the great battle sequence that takes place at the end. Bulmer pulls out all the stops during the final confrontation in the book, and seeing all those old comrades of Dray’s finally all meeting, coming together for a battle royal was just amazing.

Dray finds happiness at the end of this book, but readers know it’s only going to be fleeting because there are still yet 47 novels to read in the series.
Read more
One person found this helpful
Helpful
Comment Report abuse
See all reviews