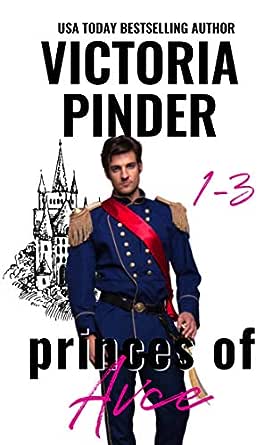 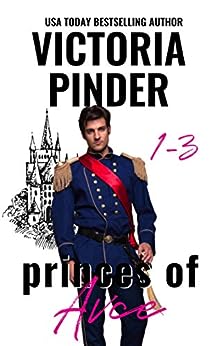 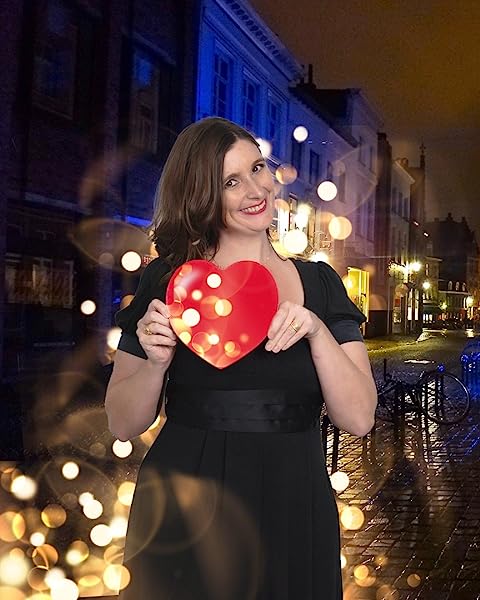 4.1 out of 5 stars
4.1 out of 5
41 customer ratings
How does Amazon calculate star ratings?
Amazon calculates a product’s star ratings based on a machine learned model instead of a raw data average. The model takes into account factors including the age of a rating, whether the ratings are from verified purchasers, and factors that establish reviewer trustworthiness.
Top Reviews

SLF
5.0 out of 5 stars The fairy tale is real
Reviewed in the United States on April 5, 2018
Verified Purchase
I love this series - I read all three of these back to back and will now read the next book in the series. Each book has a female character who is facing her own challenges. The ladies in these books grow emotionally stronger as each woman's book progresses. The men also change throughout the books as they find their HEAs. Each book has danger to overcome, love, chemistry and the support of a caring queen. Yes, the fairy tale is true although there are several bumps along the way to get there.
Read more
Helpful
Comment Report abuse

Kindle Customer
5.0 out of 5 stars Three books
Reviewed in the United States on June 15, 2018
Verified Purchase
This series of books tells of three Prince s finding their princesses The less of their country curse problems as will s those trying to oust the royal goverment.
Read more
Helpful
Comment Report abuse

Psych MD
3.0 out of 5 stars Nice set
Reviewed in the United States on March 20, 2018
Verified Purchase
I liked the stories. This set was my first boom from this author. I love stories about princes and billionaires. These 3 are nice, intelligent and loyal men, which makes them more interesting. However, the second book, Forbidden Prince was sooooo repetitive, that it made me mad! It repeated basically everything that happened in the first book, from another perspective until chapter 13!!! That is when it really starts. Also, I think some of the sex scenes could use more descriptions to make them more interesting.
Read more
One person found this helpful
Helpful
Comment Report abuse

Tangled Hearts
4.0 out of 5 stars A fun read so check it out!
Reviewed in the United States on July 2, 2018
The first three books of the Princes of Avce series by Victoria Pinder have been released in an anthology that follows all three hunky princes in their journey to matrimony.

The premise of each is built around a complex dating program that matches two people together. When used successfully by Crown Prince Antonio to find his HEA, both of his brothers enlist the app help to find their loves with similar success.

All the princes are wonderfully sexy and their women are ordinary, career-minded girls who find their dream man and a crown. Characterizations are steady and supporting characters are good. The settings fit the fairy tale well, as does the conflict. While tied together, each book is a stand alone story.

A fun read so check it out!

*All rights are reserved and this review cannot be used by anyone other than the author, publisher, or website where the review is published without written permission.

RoseyLovesBooks
4.0 out of 5 stars 3 women find their Prince Charmings
Reviewed in the United States on February 13, 2018
Princes of Avce Boxed Set is a collection of 3 stories by Victoria Pinder

Kristin Wells is being interviewed by playboy prince Antonio Aussa for a secretary job when he asks her "How much for you to be my wife?" When Kristen finds out the handsome prince isn't joking, she tells him she needs ... 24 hours to decide ... and a kiss to see if they have any chemistry. Antonio obliges and sends Kristen to Heaven. Although Antonio insists the marriage will not be a love match, the money is tempting. Prince Antonio Aussa, the world’s most eligible bachelor, has 2 weeks to marry in order for him to inherit the crown. With a sick father on death's door, Antonio doesn't have time to wait for the beautiful Kristin to decide and persuades her to accompany him back to his country for a tour. If Kristin marries Antonio, he'll have everything he ever wanted plus more, and nothing's going to stop him from getting her to say yes. As Kristin and Antonio get to know each other, they start having feelings for each other. But Kristin's arrival brings the monarchy's enemies out of the woodwork and they put their plot for a coup in action ... with Kristin a target. Will Antonio be able to find the traitors and save Kristin?

History teacher Renee Brown jumps at the chance to tag along when Prince Antonio Aussa of Avce, the older brother of her handsome celebrity crush Marco Aussa, invites Renee's best friend Kristin to visit his country. Prince Marco Aussa is captivated by the beautiful Renee, who's sweet and saucy to boot. Renee takes up Marco's suggestion to spend the day with him in his room ... and they wake up handcuffed to bed by anarchists. Renee makes Marco feel things no other women ever had and plans to convince her to marry him. Renee plans to enjoy her time with Marco then go home when her vacation is over. Unfortunately the anarchists notice how important Renee is to Marco ... will Marco be able to protect Renee and talk her into being his princess?

Prince Lucio Aussa of Avce needs to be married by age 30 or be banished, according to Avce custom. When Lucio learns his prospective bride is Amy Fields, he decides to meet her face-to-face to decide if she's the one for him. Political analyst Amy Field used to stare at her sister Evie's high school boyfriend Lucio with longing, wishing he'd notice her. Amy is surprised when Lucio shows up out of the blue years later and asks her to marry him. Amy agrees to marry Lucio because Evie hates the idea and her parents will never leave her alone if she doesn't. Lucio takes Amy back to Avce and as they get to know each other, Lucio is determined to show Amy how good they are together because he never wants to let her go. Amy may crushed on Lucio years ago and now he's stealing her heart but does she have his heart? Before Amy has a chance to find out, she gets kidnapped. Will Amy and Lucio get their HEA?

Hedgehog
1.0 out of 5 stars Not my cup of tea!
Reviewed in Canada on April 2, 2018
Verified Purchase
The first book in this series is two dimensional, leaving the reader uninvolved. It lacks heart and soul and tries to fill the obvious gaps with improbable and confusing attempts to create a bit of suspense. Not recommended! Book 2 was more of the same (literally) and that's where I stopped reading. Most women authors have marvelous descriptive powers that will draw you into a story and make it come alive for you. The protagonists in this set never become real to the Reader, at least not to this one!
Read more
Helpful
Sending feedback...
Thank you for your feedback.
Sorry, we failed to record your vote. Please try again
Report abuse