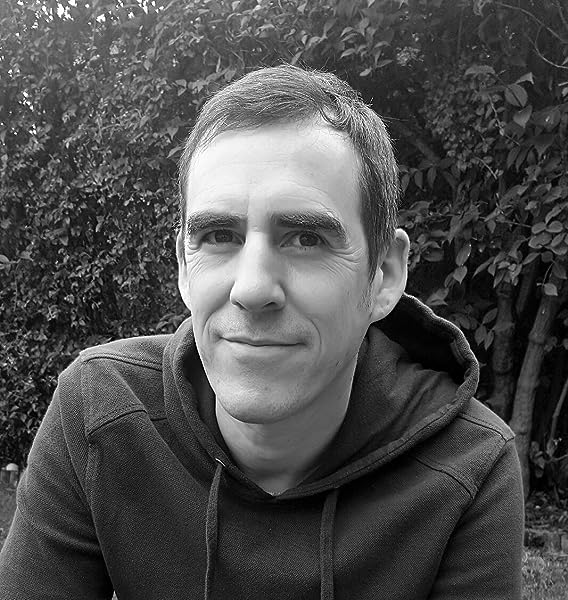 Start reading The Prince's Blade on your Kindle in under a minute.

ms martyr
5.0 out of 5 stars A can't put down series
Reviewed in the United States on November 9, 2020
Verified Purchase
I think this is one of the best series I have read in a long time. I stayed awake until after 3 a.m. to finish it. The characters are easy to love or hate (I'm looking at you, god-queen) It seems like just when you think a situation is resolved, something unexpected occurs that turns everything upside down.

It was interesting to learn more about the greenhides and their social structure, not to mention how they were introduced to this planet.

Belinda's arrival and subsequent involvement in everyone's lives was a treat. She is so pragmatic about who she was versus who she is. She will be beyond a force to be reckoned with if she ever gets all of her powers back.

I enjoyed Corthie and Aila and Danny and Emily's relationships. Emily, especially, seems to take her responsibilities very seriously and is willing to sacrifice all to protect "her" people.

Maddie and Rosie have escaped with Blackrose but can't avoid the situations evolving in the City. They make a discovery at their refuge that will change their world.

I can't forget to mention Yendra and her amazing rescue and recovery. Another champion for the downtrodden.

Now I just have to wait until February for the next installment.

Dennis Schmidt
5.0 out of 5 stars great series
Reviewed in the United States on November 13, 2020
Verified Purchase
this has been a great series to read so far, good story line with lots of action and intrigue.You keep finding out more and more as you read through each book, looking forward to the next one
Read more
Helpful
Comment Report abuse

Kindle Customer
5.0 out of 5 stars A Good Read
Reviewed in the United States on November 20, 2020
Verified Purchase
A fast pace read. Very well written. Christopher Mitchell brings this story to life. He pulls all the characters together on a journey to stand an fights the evil at there door.
Read more
Helpful
Comment Report abuse

Brent Sansone
5.0 out of 5 stars An amazing series...
Reviewed in the United States on November 11, 2020
Verified Purchase
Editing mistakes and all... I love this series. Now, if only we can keep the husbands alive!
Read more
Helpful
Comment Report abuse

Sara
5.0 out of 5 stars A Final Onslaught and Incredible Finale!
Reviewed in the United States on November 23, 2020
Just wow! I started this series a bit uncertain about several of the characters, but by the end, I love all of them! The transformations and twists in the story have been fantastic as well! The best part was that you have gods and humans (and possibly a dragon) all fighting together. Princess Yendra is alive - surprise! Although she is one of the god children, she has always been a champion of the people and returns to fight for them despite 300 years of imprisonment and the false accusations that followed her "death." She is a remarkable character, and you can't help but cheer for her. After leaving the city without a backward glance, Blackrose and the Jackdaw sisters find the nearest source of the greenhides (think giant armored ants that are green) and decide to do something about it. Corthie becomes the champion of Icehaven and is finally reunited with Aila, who escapes and is recaptured by the God-Queen. Jade finally becomes useful...in exchange for a cat. And Daniel and Emily, a couple that defies caste, are amassing a following that rivals that of the gods. It seems that humans are ready to take back their city. Princess Yendra and Aila are behind them, but most of the gods are sketchy if not downright evil. Will they be able to take down the gods on one side and the greenhides on the other? And can humans and gods coexist or will one group be destroyed in the process?

I loved this series. I know I often say that this isn't what I usually read, but there was so much fighting throughout the series! And I still loved it! The creativity of the story, of the landscape, of the characters left me totally wowed! I can't wait to read whatever Christopher Mitchell writes next!

I received a free ARC from the author and have reviewed it willingly.
Read more
Helpful
Comment Report abuse

(sat)
5.0 out of 5 stars An Exciting read!!
Reviewed in the United States on November 2, 2020
This series has had everything you could want in an epic adventure series. This story has as much great world building as Lord of the Rings. The characters are champions, Gods and there be dragons how could this story not be awesome. If you have read the other books in this series you will not disappointed, if you read this as a standalone you will fall for the characters. I really enjoyed this series and with the troubles going on right now this is a bit of escapism at it's best. I was given an ARC of this book and this is my honest review.
Read more
Helpful
Comment Report abuse

Janet L Hunt
5.0 out of 5 stars Outstanding, fantastic, phenomenal!!!
Reviewed in the United States on November 16, 2020
Outstanding, fantastic, phenomenal!!! The world building is amazing! This is the third book in the Magelands Eternal series. You honestly should start at the beginning so that you’re familiar with all the wonderful characters that the author has created! The story is fast paced, so many twists and turns. This is a fantasy story with magic and dragons, good vs evil, action, suspense, drama, etc. I was gifted an advanced copy by the author, thank you so much for letting me read your story. This is my honest and voluntary review.
Read more
Helpful
Comment Report abuse

Steve
5.0 out of 5 stars Smashing !!
Reviewed in the United States on November 1, 2020
The final book in the series totally Killed it !!! I am an Honest ARC Reviewer ,And this whole series is non-stop action , If you like Hero's, Magic, Godlings, And Dragon's you'll love this series .Kidnapped ,and brought to the planet to fight off Green Meanies, Corthie Holdfast the Battle Vision Fighting Mortal Inspires. He falls in love with a Godling (Daughter of a God ) , And must suffer as payment. The ending Rocks. Get this Excellent Book and Series !! Highly Recommended.
Read more
Helpful
Comment Report abuse
See all reviews

M. F. Gwilliam
5.0 out of 5 stars The adventure just gets better & better
Reviewed in the United Kingdom on November 10, 2020
Verified Purchase
Excellent story that keeps you wanting more , I have said it before these books are future classics the story flows the characters grow & grow , great action great characters great storytelling , what more could you want !
Read more
Report abuse

Madeleine
5.0 out of 5 stars Exelent!!!
Reviewed in the United Kingdom on November 19, 2020
Verified Purchase
Wonderful storylines and very well written, this saga drags you in and will not let go until the very end. And nothing goes as you expect...... Well recommended
Read more
Report abuse

Ken Smith
5.0 out of 5 stars Prince’s Blade
Reviewed in the United Kingdom on November 15, 2020
Verified Purchase
Right then, now that took 3 sittings and now I have to wait another 3 months for the next one!!!😩😩😩
Read more
Report abuse
See all reviews