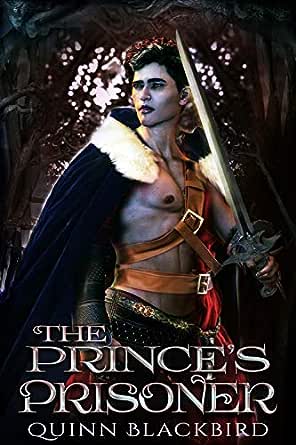 You've subscribed to Feared Fables! We will preorder your items within 24 hours of when they become available. When new books are released, we'll charge your default payment method for the lowest price available during the pre-order period.
Update your device or payment method, cancel individual pre-orders or your subscription at
Your Memberships & Subscriptions
There was an error. We were unable to process your subscription due to an error. Please refresh and try again. 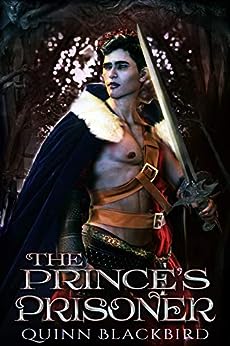 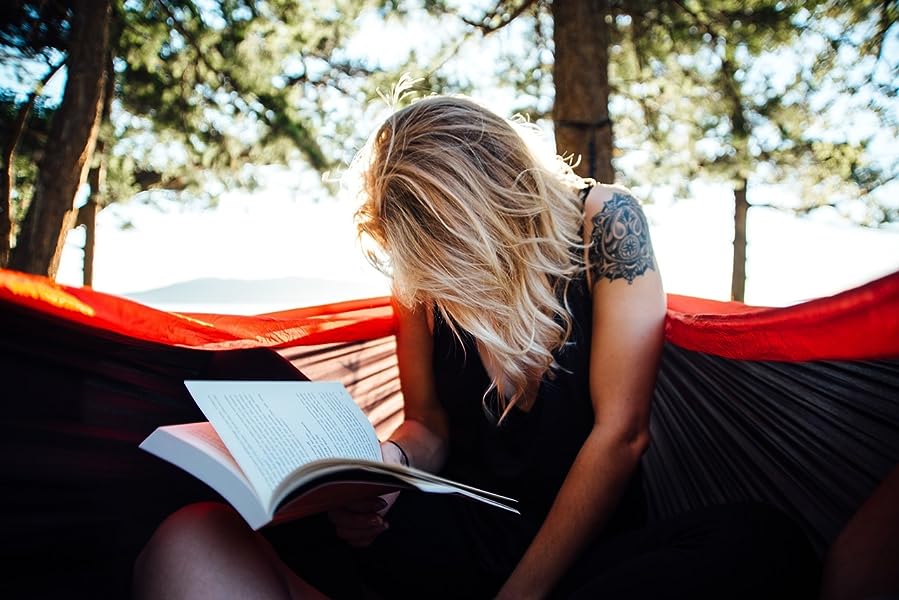 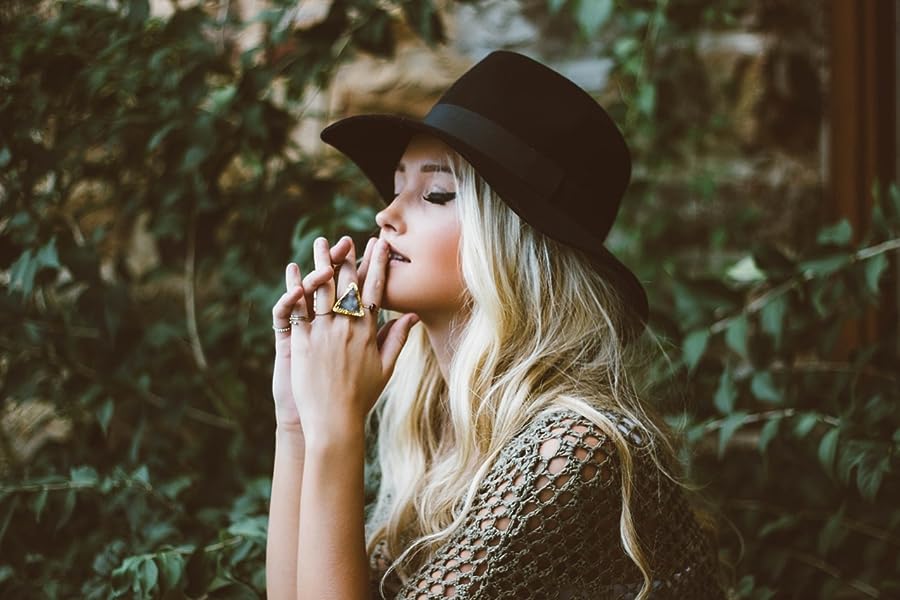 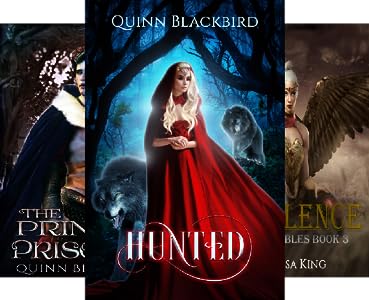 4.0 out of 5 stars
4 out of 5
16 customer ratings
How does Amazon calculate star ratings?
Amazon calculates a product’s star ratings based on a machine learned model instead of a raw data average. The model takes into account factors including the age of a rating, whether the ratings are from verified purchasers, and factors that establish reviewer trustworthiness.
Top Reviews

Book Addicted
5.0 out of 5 stars Stellar & Haunting/A Cautionary Tale of Attracting the Attention of the Fae
Reviewed in the United States on February 17, 2019
Verified Purchase
I was wonderfully surprised with this story. I expected a standard contemporary romance based on 'Beauty & the Beast', & while it was set in contemporary times, standard it mostly definitely was NOT.
I felt the author did a superbly magical job of weaving the 'Fae otherworld' without resorting to grand magical gestures or spells, there are delightfully original & inventive touches of the Fae world that quietly & unobtrusively remind you that Callie isn't in the human world any more.
The author gives us a beautifully chilling & terrifying anti-Hero, Rain, Prince of War & Paladin of the High Court; a male of icy beauty & a stone cold killer & warrior who has eyes of golden flame that allow the barest peak into his possible emotions.
In attempting to save her friend & herself, Callie is thrown into a lethal world where truth is spoken but rarely, if ever, correctly understood. Callie finds herself constantly trying to hold her head above the water as she tries to keep one step ahead of Rain, who has played games for untold centuries & as a Fae Prince & Paladin, these games ARE him.
This story (IMO) is an excellent cautionary tale for throwing oneself into a situation without understanding the rules, impacts & ripples caused by one's choices & actions.
Callie is human, young & while self-confident never truly seems to grasp just how out of her depth she is. The reader is enthralled by Rain's potentially lethal but seductive dance with Callie, is rooting for Callie to succeed & survive her life & death battle with Rain. But again, Rain is Fae, so much older than Callie & the Fae almost never love. And if they do, it is lethal, forever & their Fae version of love.
The story didn't pan out exactly as I expected, another pleasant surprise, & again I was entranced by the author's ability to draw me into a world that APPEARS to glitter with riches, joys & pleasures but many times, DOES NOT. A world that humans just never truly understand or grasp.
The only gripe I had with this story is Callie never really honored the terms of the bargain she reached with Rain. But I suppose that is what humans do: promise anything in the moment & then regret & try to back out after obtaining that for which they bargained.
But I felt this was a stellar & excellent fantasy story that was highly entertaining, original & inventive & wonderfully as far from standard as possible.

(Although I did receive a free copy via Booksprout for a voluntary review, I also bought this book).

I received a free copy of this book via Booksprout and am voluntarily leaving a review.
Read more
3 people found this helpful
Helpful
Comment Report abuse

Jessica J.
5.0 out of 5 stars Keeps you reading
Reviewed in the United States on February 21, 2019
Verified Purchase
Loved this story such a twist on a fairy tale. I wish Callie and Rains relationship would have grown stronger towards each other or to see if she gave him a chance if it would have improved things, but regardless I couldn't put the book down. Definitely would read again!
Read more
Helpful
Comment Report abuse

Beckie Bookworm
2.0 out of 5 stars Such a different interpretation of my favourite fairy-tale
Reviewed in the United States on April 18, 2019
After heading off in pursuit of her friend Callie ends up a prisoner along with her friend of the eternal dance a captive of the vicious and deadly fae.
Desperate and in such pain Callie strikes a bargain with Rain Prince of War and unintentionally becomes his unwilling human bride.
I did initially find the narrative used here slightly confusing but this did settle the further I progressed on.
So I found this to be an imaginative read with some darker elements included.
Described as a Dark Fae Retelling of the original Beauty and the Beast this wasn't quite what I was expecting.
It was only loosely connected to my favourite fairy-tale in as such there was a monster keeping Callie a prisoner in his castle a library and also a rose.
So how dark is this? if I am honest this was more shades of grey than actual dark dark.
I think maybe because this tended to explain events rather than place you in the action so in a sense this made it a lot easier to separate yourself from what was going on around and despite me thinking this was going to be some sort of dark romance I didn't actually feel this was that at all which slightly disappointed me.
This just didn't feel like a romance at all and I struggled to feel a deeper connection between Callie and Rain, I just wasn't feeling the love.
I also didn't really take to Callie at all, Rain despite his apparent monster status I was actually fascinated with, I have a soft spot for anyone bad who stays true to there nature so Rain just did it for me, Callie just seemed so Blah!!! in comparison.
This was also completely experienced from Callies POV which is not my prefered narration style and I also felt that the last third of this was extremely rushed.
There was just no closure for me, I wanted to see Rains reaction, experience his wrath first hand when catching up with his errant wife.
Again it was explained to me rather than experienced first hand.
Finally, the epilogue was intriguing just not enough to turn this around for me.
This was such a different interpretation of my favourite fairy-tale and if you are put off by the dark label here I really do think you will be fine with this as it really wasn't in my opinion.
I voluntary reviewed a copy of The Prince's Prisoner (Feared Fables, #2).
Read more
3 people found this helpful
Helpful
Comment Report abuse

Aiden
1.0 out of 5 stars Um, NOT a romance
Reviewed in the United States on July 4, 2019
*spoilers*
Seriously. NOT a romance. Prince rescues chic from the eternal dance, read enternal torture, and she thought he was going to help her friend too, but instead chooses to keep said friend in said torture as leverage against his reluctant bride. Cruelty and a vague I healthy romance follows... when reluctant bride chooses to use her "dowry" to free her friend, the fae douche cannoe beats her, then burries her alive. Douche cannoes aon rescues her and they flee to the human realm. When the DC finds them, he beats the crap out of the heroine, including sclicing her up. He then makes her endure the "endless dance" for a yr, and then solitary confinement, where she's only fed every 3 days, and is ALSO torture with sleep deprivation among other things- for another YEAR. Says sorry at the very end. Is still absolutely without redemption.
This book is disgusting. Seriously, just skip it. My first and LAST time with this author.
Read more
2 people found this helpful
Helpful
Comment Report abuse
See all reviews from the United States

Tanyawriter
5.0 out of 5 stars Prisoner
Reviewed in the United Kingdom on February 18, 2019
Verified Purchase
She learns her friend has been taken so she goes to find and free her. Soon she finds she in trouble as this takes you on a different version of beauty and the beast. What will happen in this telling? How will it end? See if his this one will go

I received a free copy of this book via Booksprout and am voluntarily leaving a review.
Read more
Helpful
Sending feedback...
Thank you for your feedback.
Sorry, we failed to record your vote. Please try again
Report abuse