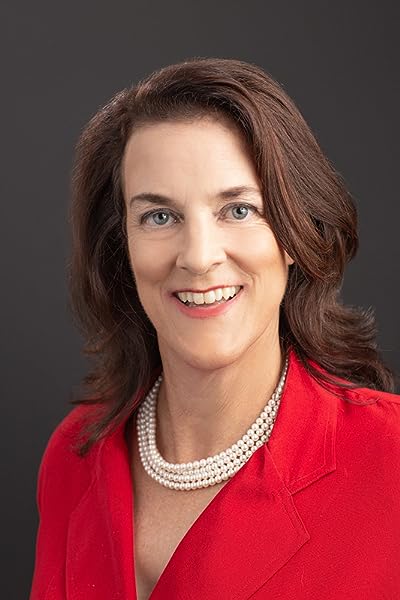 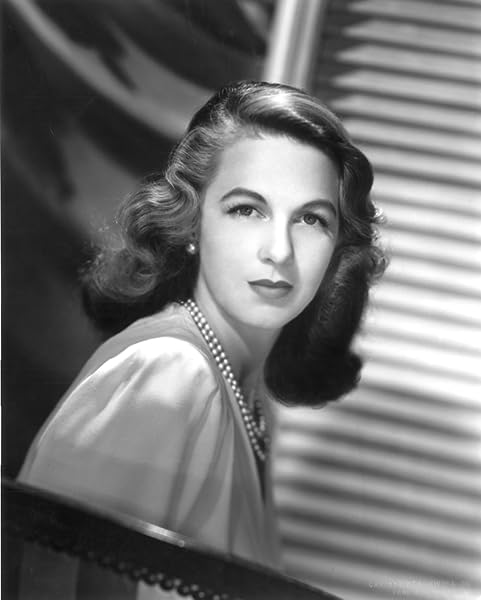 Princess April Morning-Glory: What kind of a world would you create, if you had to do three good deeds to make it home again? Paperback – February 2, 2013

At long last, Princess April Morning-Glory emerges as a lost treasure from the golden age of Hollywood. Written and illustrated in 1941 by Letitia Fairbanks, the niece of silent film stars Douglas Fairbanks Sr. and Mary Pickford, the seemingly traditional children’s book is transformed into a modern-day fairy tale that will captivate child and adult readers alike. Letitia was inspired to create portraiture for the characters of Princess April Morning-Glory from film stars of the day. John Barrymore, and Letitia's cousin Douglas Fairbanks Jr., provided glamorous inspiration through their then-current films. The Wicked King's (Barrymore) costume was sparked by his role as Louis XV in Irving Thalberg's 1938 Marie Antoinette, while the hairstyle resembles his eponymous role in Archie Mayo's 1931 Svengali. Prince Chivalry was inspired by her cousin's (Fairbanks) sword-fighting role in David O. Selznick's 1937 The Prisoner of Zenda. Viewed as unconventional when it first debuted – up until then, no one had thought to meld a Disney-like moral tale with a swashbuckling adventure – the story centers on the prescient acknowledgment that we create our destinies by the choices that we make. The main narrative is focused around the brave and courageous Princess April who must first transcend darkness and evil before she can realize her true potential. Intrigued by the Great World and its sense of adventure, a young Princess April decides to abandon the familiarity of her home in Fairyland and undertake a voyage into the unknown. Once outside the Enchanted Forest, she finds comfort and friendship in the company of various creatures who ensure her safe passage. But returning home proves more difficult than at first she realized. In order to go back to Fairyland, a friendly wizard informs Princess April that she must first accomplish three good deeds. Can Princess April resist the temptation of darker forces and summon enough courage to continue doing good deeds? And if she dares to hold true to herself, will it someday lead her back home again?
Read more
Previous page
Next page

Letitia Fairbanks, the niece of Douglas Fairbanks Sr. and Mary Pickford, lived a life guided by artistic passions. On December 11, 1939 - the author's 26th birthday and the night of her Uncle Doug's death - Letitia began work on Princess April Morning-Glory, commemorating the exuberant spirit that had been her uncle by combining her lifelong creative talents: painting, writing, and illustration. In 1953 Letitia co-authored Douglas Fairbanks: The Fourth Musketeer, with Ralph Hancock, publishing the first definitive biography of her uncle. After a life rich in artistic accomplishment, Letitia passed away in September of 1992.

Mason Canyon
5.0 out of 5 stars An Enchanting Fairy Tale For All Ages
Reviewed in the United States 🇺🇸 on February 20, 2013
Reading a fairy tale to a child before bedtime should be magical for both listener and reader. The late Letitia Fairbanks penned just such a tale in Princess April Morning-Glory.

The story follows Princess April as she leaves the Enchanted Forrest for the Great World beyond when she became upset that her wings are too small for her to fly. With only her blue butterflies for company, Princess April goes on a grand adventure and then tries to find her way home.

Along the way Princess April learns to be brave, courageous, and undertakes 3 good deeds in order to return home. Just as she is about to find her way home, she encounters the wicked Fairy Misery who imprisons her in a dungeon. With the help of a hummingbird and a magical wand from her father, Princess April overcomes evil and finally returns home.

This is an enchanting story that will quickly become a favorite at bedtime. Enhancing this story is the beautiful and amazing illustrations by the author that bring the story to life. There are even tiny illustrations among the words.

To add to the charm, the author penned the book in a lovely calligraphy-style writing. While the text might be difficult for young children to read, it will be a lovely writing style for them to learn as they grow. The book also includes 10 suggestions for doing good deeds youngsters (and adults) can attempt.

Princess April Morning-Glory will delight youngsters, while the story behind the story will capture adults’ attention. The author is the nieces of the late Douglas Fairbanks Sr. and Mary Pickford of the golden age of Hollywood. The book, written and illustrated in 1941, was recently brought to life by Kelley Smoot Garrett, the step-daughter of the author. Letitia began work on this tale on Dec. 11, 1939, which was her 26th birthday and the night her uncle, Douglas Fairbanks Sr., died.

If you’re looking for an enchanting fairy tale, be sure to pick up Princess April Morning-Glory. It’s a story all ages can enjoy.

FTC Full Disclosure - I requested this book as part of a virtual book tour. The book was sent to me by Kelley Smoot Garrett in hopes I would review it. However, receiving the complimentary copy did not influence my review.

Mamaw1050
5.0 out of 5 stars A Real Treasure!
Reviewed in the United States 🇺🇸 on March 19, 2013
Once Upon a Time the Fairy Queen of Crystal Castle a fairy baby in a shiny pink tulip in the middle of the Enchanted Forest and the Fairy King named her Princess April Morning-Glory.

As Princess April grew into a little girl she became disappointed that her wings were too small for her to fly. She went to Fairy School and learned her lessons well but she was eager to have big fairy wings. So she and Blue Butterfly left the castle and before she knew it she was lost and did not know how to get back to the Enchanted Forest and the Castle.

Princess April had to find Wise Owl but it was dark and she was very tired and scared. Some of the creatures of the forest tried to help her and this made her feel better and was able to continue.
Wise Owl advised her to see the Wizard at the edge of the forest but to beware of the Wicked Queen Misery.

The Wizard told her to go back into the forest and do three good deeds then she would be able to return home. What are good deeds? Who would need her help?

The author wrote and illustrated this fairy tale in 1941 after her Uncle, Douglas Fairbanks Sr., passed away. The story was written from her heart in memory of actors and actresses she dearly loved. It is a darling twist to Fairy Tales with fairies, wizards, witches and magic. The illustrations were classic of the golden age of Hollywood's swashbucklers, chivalry, maidens in distress, and enchanted forest. Bringing it all together to entertain fairy tale lovers of all ages.

They say the book is a treasure and I totally agree. I will always have a special place in my personal library for this book.

I highly recommend this book.

Disclosure: I received a free copy of this book from Pump Up Your Book Tours for review. I was in no way compensated for this review. It is my honest opinion.
Read more
One person found this helpful
Helpful
Report abuse

26summer
3.0 out of 5 stars Great story, Beautiful illustrations, hard to read font.
Reviewed in the United States 🇺🇸 on March 23, 2013
I thought that this was a beautifully written children's book. The story of Princess April Morning-Glory is one of a small fairy who leaves her kingdom without really understanding what she is doing. She becomes lost and cannot find her way back to the Fairy Kingdom. As she tries to find her way back she encounters the dangers of the forest.

She finally meets a Wizard who tells her that in order to get back she must do three good deeds. Princess April finds this an easy task and helps many people and animals around her. When it is time to find the rainbow which connects to Fairy Land she is captured by a bad fairy. Even in that situation she was brave and strong.

The illustrations in this book are beautiful. The are large, colorful, and detailed. They really brought detail to the story and I think children would love looking at them along with the story of Princess April Morning-Glory.

However I did find two issues with this book. The first is that it is written in a calligraphy font that is hard to read, especially if a child would be trying to read this book on his/her own. I also found the small illustrations in and behind the words to be distracting from the larger pictures that are so wonderful.

I give this book 3 out of 5 stars.
Read more
Helpful
Report abuse

Pete Livingston
4.0 out of 5 stars Princess April Morning-Glory -- fairy tale and art
Reviewed in the United States 🇺🇸 on July 8, 2013
A fine book for going-to-bed-reading time with the kids, which is without the grim of Grimm, and with hundreds of tiny, colored art pieces that float just above many words in the text. (One can see examples of the text artwork integration on Amazon preview.) Good deeds, artwork, and a happy ending for experiences that harbinger flying dreams...

Princess April Morning-Glory: What kind of a world would you create, if you had to do three good deeds to make it home again?
Read more
One person found this helpful
Helpful
Report abuse
See all reviews

Amazon Customer
3.0 out of 5 stars Three Stars
Reviewed in the United Kingdom 🇬🇧 on July 19, 2017
Verified Purchase
The hand-writing is not easy for a child to read and the story is somewhat insipid.
Read more
Report abuse
See all reviews