You've subscribed to Thermopylae Bound Series! We will preorder your items within 24 hours of when they become available. When new books are released, we'll charge your default payment method for the lowest price available during the pre-order period.
Update your device or payment method, cancel individual pre-orders or your subscription at
Your Memberships & Subscriptions
There was an error. We were unable to process your subscription due to an error. Please refresh and try again. 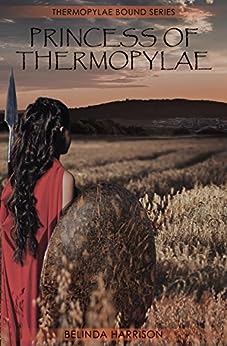 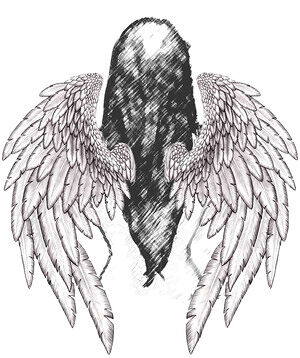 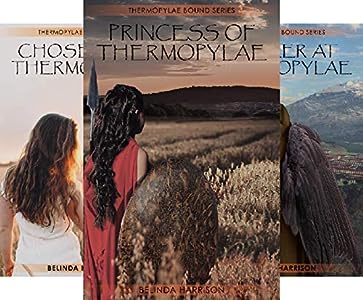 Cristy
5.0 out of 5 stars Sooooo great!
Reviewed in the United States on September 25, 2018
Verified Purchase
What a great book! This author knows her stuff and has created an amazing world with even stronger female characters! Love it!
Read more
2 people found this helpful
Helpful
Report abuse

Kindle Customer
5.0 out of 5 stars Loved it..
Reviewed in the United States on July 27, 2018
Verified Purchase
Well done..I am really looking forward to the next in the series.
Read more
One person found this helpful
Helpful
Report abuse

Erika FM
5.0 out of 5 stars Great historical romance !
Reviewed in the United States on April 7, 2021
Verified Purchase
Had much more romance than expected, which is never a bad thing in my book, and included a good amount of history and action to keep it flowing . I enjoyed this book and look forward to reading the rest of the series!
Read more
Helpful
Report abuse

Kindle Customer
4.0 out of 5 stars Good story
Reviewed in the United States on September 24, 2018
If there had been contractions I'd probably have given this 5 stars, as it was the dialog was a little flat and unrelatable, no one in any time period speaks perfectly all the time, there are always accents, dialects, shortened speech, slang, etc... particularly in casual settings, and changing it up would have made the characters more distinct from each other and relatable. I would have liked to have part of the story from another character's perspective too, but I can also see the value of doing it this way too keep the reader guessing a little.
The story itself was great, and despite my issues with the dialog, the characters were well developed in other ways. It felt very reminiscent of Xena for obvious reasons, and honestly that was a huge part of the appeal for me. I liked that dynamic.
I always want more obvious racial diversity. 500 BC Greece had tons a brown and black people - if not predominantly - there was a huge amount of trade and migration happening out of Africa as well as from the rest of Asia into of the European peninsula, particularly through the regions this books speak of. Europe is small and nestled on the edge of Asia that is quite near Africa...two regions of the world that were far more advanced during that era - particularly in travel and trade. There could have been a few more poc folks described, at the very least in the background. Other than "we don't like the Persians". Insert eyeroll. Historical fiction that erases or ignores the existence of entire races or people isn't all that historical.
Overall, it was a good fun read. Other than the dialog thing, my complaints are typical of the genres (hist. Fic, fantasy/mythology, romance) but still relevant to my reading experience.
Read more
2 people found this helpful
Helpful
Report abuse

Sapphicbookbabe_
5.0 out of 5 stars I instantly fell into this story...
Reviewed in the United States on December 2, 2018
I looked forward to picking up this book every moment I had a break and loathed parting from it. That’s how much I enjoyed this story! I especially appreciated the storytelling by the characters.

Dislikes: violent imagery (especially involving women) but it’s a book grounded in Greek mythos what did I expect!??

Despite this l can’t wait to get into the next book in the series.
Read more
2 people found this helpful
Helpful
Report abuse

Kindle Customer
5.0 out of 5 stars Wonderful
Reviewed in the United States on November 18, 2018
I completely fell in love with Alexis and Skylar. Their love story is epic. Ms. Harrison is very well versed in greek mythology. And she uses all she knows about it beautifully...very well done. I feel like I was transported to Greece and on the journey with both of these strong, beautiful ladies.
Read more
2 people found this helpful
Helpful
Report abuse

Book fan
5.0 out of 5 stars Well worth your time
Reviewed in the United States on July 30, 2018
I'm not one for big reviews but this was an excellent read, on par with any entrenched authors you have heard of.
Read more
2 people found this helpful
Helpful
Report abuse

Cedar Waxwing
1.0 out of 5 stars Reminds me of Xena the Conqueror fanfic stories.
Reviewed in the United States on May 29, 2019
I read them until I couldn’t anymore. Such was this story. How much do I ignore, in a story full of Greek mythology.
I went as far until I knew Greek mythology was not worth all the depravity. I’m sure is was too far.
Read more
Helpful
Report abuse
See all reviews

JF Gibson Writer
5.0 out of 5 stars Intriguing story
Reviewed in Australia on August 22, 2019
Verified Purchase
While not my usual favoured genre, I'm glad I stepped out of my comfort zone to read The Princess of Thermopylae (Book 1). Set in Ancient Greece, it's evident the author has done her research and has a keen interest in the time and setting, and she includes just enough for the story to sound realistic without giving a history lecture. I love that the protagonist is a strong female character willing to fight for both honour and love. The story is intriguing and grips you in with solid writing, great conflict and lots of emotion. I imagine regular readers of this genre will love it, and even if you don't usually read this genre I suggest giving it a go as the story is strong enough to draw you in. Off to read the next in the series now!
Read more
Report abuse

Khellendros38
4.0 out of 5 stars Excellent
Reviewed in Canada on January 27, 2021
Verified Purchase
I thoroughly enjoyed this book. It kept me on the edge of my seat with all the angst and the intrigue. I will definitely be picking up the rest of the series as I am eager to follow Skylar and Alexis’ journey.
Read more
Report abuse