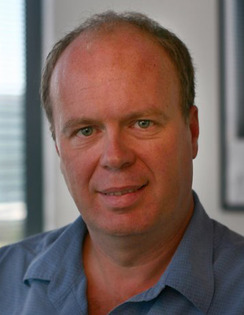 by Avinash C. Kak (Author), Malcolm Slaney (Author)
4.7 out of 5 stars 5 ratings
See all formats and editions
Sorry, there was a problem loading this page. Try again.

Principles of Computerized Tomographic Imaging provides a comprehensive, tutorial-style introduction to the algorithms for reconstructing cross-sectional images from projection data and contains a complete overview of the engineering and signal processing algorithms necessary for tomographic imaging. In addition to the purely mathematical and algorithmic aspects of these algorithms, the book also discusses the artifacts caused by the nature of the various forms of energy sources that can be used for generating the projection data. Kak and Slaney go beyond theory, emphasizing real-world applications and detailing the steps necessary for building a tomographic system. Since the fundamental aspects of tomographic reconstruction algorithms have remained virtually the same since this book was originally published, it is just as useful today as it was in 1987.
Read more
Previous page
Next page

A comprehensive, tutorial-style introduction to the algorithms necessary for tomographic imaging.

Avinash C. Kak is a Professor of Electrical and Computer Engineering at Purdue University, West Lafayette, Indiana. His current research interests include computer vision, video and image processing, and object-oriented programming. He is the coauthor of Digital Picture Processing (1982). Malcolm Slaney is a Research Staff Member at the IBM Almaden Research Center, San Jose, California. His current research interests include audio and video signals manipulation, auditory perception, and machine learning.

wiredweird
HALL OF FAME
5.0 out of 5 stars Strong intro to the basics
Reviewed in the United States 🇺🇸 on December 11, 2007
Verified Purchase
For someone with a little background and a lot of determination, this book provides a good basic grounding in the issues of tomographic reconstruction and the basic mathematical tools involved. Discussion starts slowly, with a chapter that establishes the vocabulary and notation of the signal processing involved. The next three chapters discuss non-diffracting cases, where the radiation that senses the body structures is not appreciably deflected by them, as is the case for CAT, PET, and SPECT. This includes discussion of the sensors, illuminators, and their geometries, on up to helical scans and complex sensor geometries. It also includes confounding effects, like the wavelength dependent nonlinearities in absorption of X-rays and how they affect beam transmission and the final image produced.

This chapter includes only brief menton of MRI, because of the very different physics behind it, and of ultrasonography, because of the diffractive and refractive features of the radiator and tissues being examined. Likewise, little mention is made of the reasons for different modalities or techniques for merging their results.

The final chapters address the special problems of ultrasound, digging as far in as the wave equations and the common approximations that make the wave equations at least somewhat practical as tools for solution. These chapters also address more advanced and computationally exhorbitant algorithms, though not in nearly the detail that back-projection got in the earlier chapters.

This book first appeared in 1988, which seems like centuries ago in the time scale of tomography algorithm development. Even the 2001 update is aging, and it never really went into the Feldkamp algorithms now widely in use. The discussion of sonography seems sketchier than discussion of the X-ray based modalities, and MRI newer exotica get little if any attention. That's fine, though. It's a big field, and the authors do reasonably well at defining and addressing the area they intended to cover. The working algorithm developer won't get much from this classic. The target audience today is probably a grad student or industrial practitioner who's been thrown in at the deep end. As long as its limits remain clear, this is a helpful introduction for readers with the math skills and time needed to extract its value.

PT Caddell
4.0 out of 5 stars Canonical book on computer tomography
Reviewed in the United States 🇺🇸 on December 7, 2014
Verified Purchase
If your work or research at all involves CT, you probably already know about this book. If it does and you don't, buy it. If you are already facile with computer tomography, it is a succinct reference. If you are new to the topic, it nicely works from the basics of Fourier transforms through 1D, then 2D and even Cone Beam CT. The only weakness is that the chapters are more like papers than a textbook so, as is often the case, the mathematical jumps from one equation to the next can be bigger than one might like. Regardless, my copy is the most dog-eared and underlined book on my research shelf.
Read more
One person found this helpful
Helpful
Report abuse

Eric
5.0 out of 5 stars This reprint is superbad quality
Reviewed in the United States 🇺🇸 on September 16, 2010
Verified Purchase
The book is great: it explains all the way from mathematical theory to implementation details, but this reprint quality is very bad.
The images look like they were scanned/printed in black and white instead of grey shades (which is very surprising, knowing that the pdf version available on the web looks perfectly fine).
I am not sure I would have bought this book knowing how bad the print quality was beforehand, though it is still more convenient than the pdf sometimes.
Read more
2 people found this helpful
Helpful
Report abuse
See all reviews