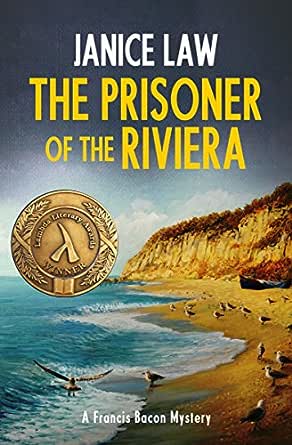 You've subscribed to The Francis Bacon Mysteries! We will preorder your items within 24 hours of when they become available. When new books are released, we'll charge your default payment method for the lowest price available during the pre-order period.
Update your device or payment method, cancel individual pre-orders or your subscription at
Your Memberships & Subscriptions
There was an error. We were unable to process your subscription due to an error. Please refresh and try again. 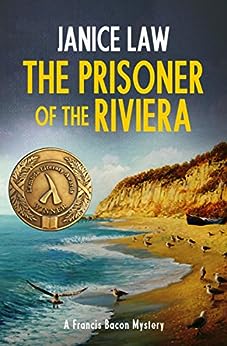 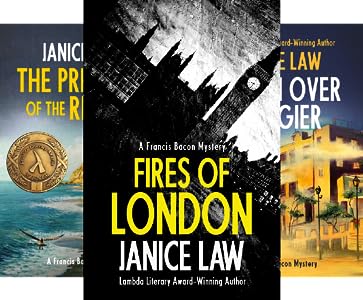 “Law draws a sympathetic, even tender study of a self-centered but essentially decent soul in the kind of torment that isn’t the least poetic.” —The New York Times on The Lost Diaries of Iris Weed

“Law powerfully evokes . . . uneasiness and rising tension, all in a narrative style sometimes verging on the poetic but always suspenseful.” —Kirkus Reviews on The Night Bus

“Law does a bangup job of recreating London during the Blitz and portraying real-life artist Francis Bacon as an unlikely sleuth.” —Publishers Weekly on Fires of London

“Law is close to perfect in presenting the timeless charms of the Riviera, and she’s just as satisfying in shaping Bacon as a reluctant but brave and somewhat lucky sleuth. At the same time, she never allows us to lose sight of Bacon as an emerging artist of immense gifts.” —Toronto Star

Janice Law (b. 1941) is an acclaimed author of mystery fiction. The Watergate scandal inspired her to write her first novel, The Big Payoff, which introduced Anna Peters, a street-smart young woman who blackmails her boss, a corrupt oil executive. The novel was a success, winning an Edgar nomination, and Law went on to write eight more in the series, including Death Under Par and Cross-Check. Law has written historical mysteries, standalone suspense, and, most recently, the Francis Bacon Mysteries, which include The Prisoner of the Riviera, winner of the 2013 Lambda Literary Gay Mystery Award. She lives and writes in Connecticut.

Law is the first to admit that as a straight, married woman from Connecticut, she’s an unlikely conduit for the notoriously wild, gay British painter Francis Bacon, portraitist of the enraged. Yet artist-sleuth Francis, unflappable and acidly witty, is the star of her latest nimble historical mystery series. The first installment, Fires of London (2012), takes place during the London Blitz. In this continuation, the war has just ended, and Francis is saddled with a serious gambling debt he’s happy to pay off by delivering a package to a widow on the Riviera. Off he goes with his crafty old nanny and Arnold, his rich lover. But instead of having fun in the sun, Francis gets caught in a sticky web of murders. With his life in danger and his passport confiscated by the police, Francis has to trust a handsome bicycle mechanic and two charming ladies with surprisingly devious talents. Law’s crisp, wry humor, surreptitious revelations of France’s deep partisan wounds, and great affection for the marvelously resourceful, suave, and irreverent Francis make for a delectably clever tale. --Donna Seaman --This text refers to an alternate kindle_edition edition.

Janice Law’s latest novel continues the fictional account of the infamous British painter Francis Bacon. Set in the war-darkened streets of London in the 1940s, this historical novel successfully combines the moodiness of Victorian-era detective tales with a unique and compelling storyline.
--This text refers to an alternate kindle_edition edition.
Read more