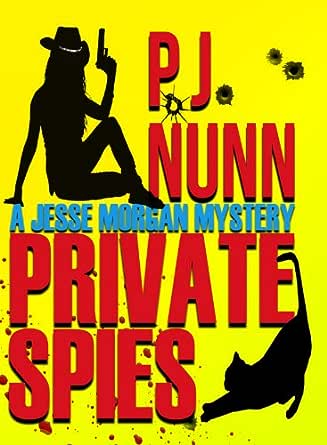 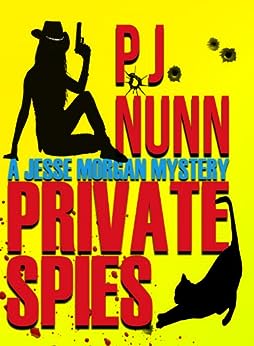 As with most things, PJ Nunn's career started out as something else entirely. She started out in retail then moved to property management. That led to teaching high school, then serving as a counselor and liaison to the local police youth services division. She also spent five years as chairperson of the Coryell County Child Welfare Board and spent years counseling abuse victims and serving law enforcement as a trauma counselor and consultant (something she still does today). When she moved to Dallas, a family illness caused her to leave a job teaching psychology at Dallas County Community College District to become a freelance writer, but found that a few favors she was doing for friends—writing press releases and setting up book signings—was better suited to her talents and her drives. In 1998, she founded BreakThrough Promotions, now a national public relations firm helping authors, mostly of mystery novels, publicize themselves and their work. The business is thriving and PJ is excited about the release of her first novel, Angel Killer. PJ lives with her husband some of their five children near Dallas, TX.

4.4 out of 5 stars
4.4 out of 5
36 customer ratings
How does Amazon calculate star ratings?
Amazon calculates a product’s star ratings based on a machine learned model instead of a raw data average. The model takes into account factors including the age of a rating, whether the ratings are from verified purchasers, and factors that establish reviewer trustworthiness.
Top Reviews

Glenda
VINE VOICE
5.0 out of 5 stars Fantastic Series Debut Needs Followup!
Reviewed in the United States on March 8, 2017
Verified Purchase
When you read the variety of books I have during my reviewer activities, it is a real pleasure to find a novel that is unique, clever, and a wonderful beginning to a series I hope will continue! I couldn't help comparing it to the Janet Evanovich successful series because of the humor, the quirky characters and of the main character who somehow keeps falling into danger!

One major difference with Nunn's book was that Private Spies has one of the best mysteries I've read in a long time. It is complex, yet compelling to readers as they try to work along with Jesse Morgan, the PI main character, in trying to weed through the twists and turns that have been woven into this page-turner that doesn't stop until, at the end, everything is pulled apart to reveal what was happening! No wonder I didn't have a clue! And you know what that means! I loved it!

Mainly because of Jesse Morgan... We briefly meet her family and discover how her father wanted a boy so chose his second daughter as the one to do all the things that he would have done with a son. It is no wonder Jesse turned out to be the woman she was--she had swagger, confidence, fearlessness --all those characteristics routine to a man, including no fear of gaining weight with her hearty appetite! LOL And it winds up that there are quite a number of men who find her quite provocative! Cool, right? 'Cause she was just acting as her life had evolved into the woman she was destined to be!

The novel begins when her boss, friend and partner had just died and left his business to Jesse. She is somewhat hesitant to know how to proceed. Although she has her PI license, most of her work has been in the office on the computer. But as the book went on, I found I was seeing her played by Charlotte Ross, from NYPD... ..

But Jesse had another side--a secret insecurity of her ability to actually take over as a "real" private investigator. Perhaps Joey had known he was close to his end, because we soon find out that he had already hired another man to work in the Office. No matter how surprised Jesse was, you could almost see that she was relieved...even if she didn't give her new employee a break...LOL

And really, it was good that he had just gotten there, because she had just accepted a case involving a missing person...and a missing child... And, right there, immediately, readers are caught in the mystery because she meets people who weren't who they were reported to be, for one thing...Jesse was spending a lot of time on the computer just trying to find out who was really missing...and worse--who had called and hired her?!!!

And then, why a dead body wound up in her home bathtub, to start! And that was just the beginning of the investigation... and Jesse's being stalked... A true "can of worms!"

On the other hand, we get to see the entrance of retired homicide detective,Byron Montgomery, join the office, which also includes Bernice as the dry, witty office manager... And readers will enjoy Byron's reaction to Jesse as he discovers she doesn't own a gun, is not registered to carry, and has never even been out on an actual investigation...As well as the fun attraction developing between the two... You know a little romance always improves a book...LOL This turned out to be a personal favorite addition for 2017... PJ, I think it's time for another in this series...please!

Kevin Tipple
VINE VOICE
5.0 out of 5 stars A Hard Case, A Rookie PI and more in "Private Spies" by PJ Nunn
Reviewed in the United States on July 22, 2013
Verified Purchase
34 year old Jesse Morgan Jackson is not having a good year. Her mom says that since Jesse has always done things early she is just having a mid-life crisis. Jesse would not agree, but the past month has been especially difficult with the death of her best friend and business partner, Joey Catronio.

Five years ago they formed a partnership with Joey doing the street stuff and Jesse doing the computer stuff in the office. With his sudden death, Jesse is struggling personally and professionally. She's determined to keep the business going, but she doesn't truly know what she is doing. The bills are mounting and she isn't about to go back to retail or lose their secretary Bernice her job. So, when Beverly Gafford calls looking for somebody to find her ex-husband, Lawrence James Gafford, Jesse works hard to land what clearly is going to be a difficult client.

After a lot of questions it gradually comes out that supposedly Lawrence Gafford never came back with their daughter after his visitation weekend was over. Beverly knows next to nothing about her ex these days and makes it clear that she likes it that way. Getting any information out of her is very difficult and she just expects her daughter to be found at the snap of her fingers with no effort on her part. It becomes clear that Beverly is more trouble than Jesse needs right now, but she desperately needs the money and takes the case. A case that threatens to overwhelm her from the start.

Fortunately, before his death, Joey had hired on an experienced investigator by the name of Byron Montgomery. Unfortunately, he never told Jesse about that so she is very surprised when Bryon shows up ready to begin work. The former Houston police officer brings plenty of experience and has an employment contract. He is also easy on the eyes and it has been awhile for Jesse. The attraction is definitely there on her part and she suspects the feeling might be mutual.

Not that she has time for much of any romance in or out of the office with what will happen in this confusing and complicated case. A case that will take Jesse all across North Texas and deep into Oklahoma on a trail full of dead ends and misdirection. If that wasn't enough, she still has to show up for dinner at Mom and Dad's house. At least there isn't a grandmother to shoot dinner.

Reminiscent of Janet Evanovich's long running Stephanie Plum series, Private Spies: A Jesse Morgan Mystery is highly entertaining and occasionally laugh out loud funny. The slowness of the pace at the beginning provides the author time to develop the Jesse Morgan character for readers before the action significantly intensifies on many fronts. Published under the author's own name and though her publicity company, "Breakthrough Promotions," this debut novel of the series is a complicated and well done effort from start to finish.

Material was picked up during author's recent free read promotion for use in an objective review.

Amazon Customer
5.0 out of 5 stars well done!!
Reviewed in the United Kingdom on November 16, 2013
Verified Purchase
A very self deprecating protagonist, Jesse-a female PI, takes on her first case since her partner died. She seems to be befuddled yet all the while you realise that there is a decent brain working under her confusion, even if it doesn't appear to work in tandem with those she works with! She reaches all the right conclusion even though she doesn't' quite know how. Thankfully for Jesse, Byron an ex cop who partners her, is on hand to keep her on the straight and narrow. Almost!
A very good read with lots of twists and turns along the way to keep the reader enthralled. The humour is not laugh out loud stuff but is in all the right places and the two main characters make a good partnership so much so that I, for one, hope there is more of them to come. Definitely recommend.
Read more
Helpful
Sending feedback...
Thank you for your feedback.
Sorry, we failed to record your vote. Please try again
Report abuse