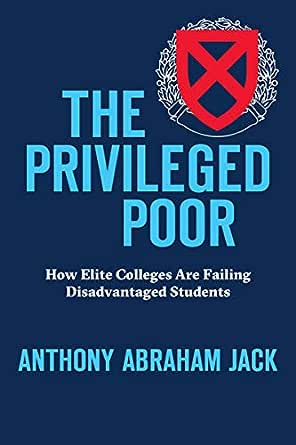 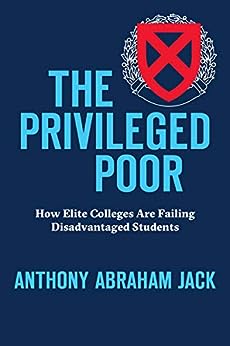 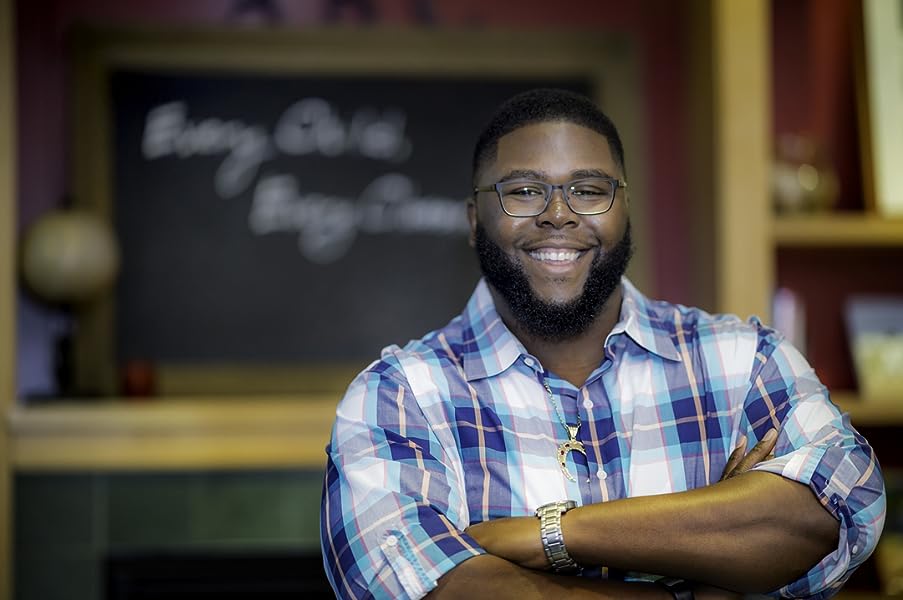 “Jack’s investigation redirects attention from the matter of access to the matter of inclusion. Rather than parse the spurious meritocracy of admissions, his book challenges universities to support the diversity they indulge in advertising.”―New Yorker

“What Jack discovered challenges us to think carefully about the campus lives of poor students and the responsibility elite institutions have for not only their education but also their social and economic mobility…The Privileged Poor breaks new ground on social and educational questions of great import.”―Washington Post

“[An] eye-opening exposure of what it’s like to be poor on elite college campuses…Jack’s book brings home the pain and reality of on-campus poverty and puts the blame squarely on elite institutions for fostering policies that often ‘emphasize class differences, amplifying students’ feelings of difference and undercutting their sense of belonging.’”―Washington Post

“A sobering reminder that, despite considerable efforts in recent years to increase the intake of talented young adults from disadvantaged backgrounds into leading universities and colleges, much more needs to be done to prepare and support them during their studies if they are to thrive.”―Andrew Jack, Financial Times

“[An] examination of the way elite colleges and universities welcome, and don’t welcome, students from the working classes.”―Edwin Aponte, The Nation

“Navigating college is hard for many young people, and for low-income students or kids whose parents didn’t go to college, it can be even trickier…So many professors have told me this book made them rethink their own classrooms.”―Elissa Nadworny, NPR Books

“The lesson is plain―simply admitting low-income students is just the start of a university’s obligations. Once they’re on campus, colleges must show them that they are full-fledged citizen.”―David Kirp, American Prospect

“Jack wants people to see beyond his personal success to his research findings: Elite colleges not only fail to admit enough low-income students; they also fail to care for the ones they let in.”―Chris Quintana, Chronicle of Higher Education

“This book’s central message is as plain as it is substantial: access is not the same as inclusion. Increasing the number of low-income students in higher education is only the start of a university’s obligations…As a skillful interviewer and insightful observer, Jack reveals deep-seated class disparities that manifest themselves not just in the clothes students wear and the holidays they take, but in what they expect of their professors and envisage for themselves while in university and beyond. In so doing, Jack opens up new ground to interrogate the ‘long shadow’ of class inequality throughout the educational system. For all these reasons, this book is a considerable achievement.”―Malik Fercovic, LSE Review of Books

“[A] remarkable book…I believe every administrator, faculty and student in college should read this to understand some obstacles students encounter in college that often go unnoticed.”―Andrew Martinez, Diverse: Issues in Higher Education --This text refers to the hardcover edition.

Anthony Abraham Jack is Assistant Professor at the Harvard Graduate School of Education and Shutzer Assistant Professor at the Radcliffe Institute for Advanced Study. He has written for the New York Times and the Washington Post, and his research has been featured on The Open Mind, All Things Considered, and CNN. The Privileged Poor was named an NPR Books Best Book of 2019. --This text refers to the hardcover edition.

4.7 out of 5 stars
4.7 out of 5
150 global ratings
How are ratings calculated?
To calculate the overall star rating and percentage breakdown by star, we don’t use a simple average. Instead, our system considers things like how recent a review is and if the reviewer bought the item on Amazon. It also analyzes reviews to verify trustworthiness.

Delta D.
2.0 out of 5 stars Interesting topic but results all too predictable
Reviewed in the United States on May 1, 2019
Verified Purchase
The author studies how students from poor backgrounds, given financial assistance to attend a prestigious university, fare in comparison with unassisted students from wealthy backgrounds. His sample is split into three groups: Upper Income (UI), Privileged Poor (PP) and Double Disadvantaged (DD).

The distinction between PP and DD is that PP students were given similar assistance to gain admission to expensive high schools, whereas DD were admitted from public schools.

What didn't come as a surprise was that UI students showed confidence and had few qualms in drawing on university resources, both material and human, to serve their particular needs. PP students were more inhibited in this and DD students more inhibited still.

Similarly, UI students were uninhibited in wearing expensive clothes and accessories and talking (and sharing pictures) about luxury vacations and extravagant parties. PP students had been exposed to such behaviour in their high schools and, whilst discomforted by it, did not feel as much of a culture shock as did the DD students.

These results were so predictable that I gave up around 1/3rd of the way through the book. Having spent 14 years of my life as a university lecturer, this should have been fascinating research for me, but - apart from the interesting irrelevance of ethnic background - I felt that I was gaining no insights in carrying on.
Read more
28 people found this helpful
Helpful
Comment Report abuse

Ken
2.0 out of 5 stars Too Basic
Reviewed in the United States on April 14, 2019
Verified Purchase
This book is extremely basic, filled with simple personal communications between the author and students, most likely taken directly from taped interviews. There is very little referencing in the book and is not at all scientifically written. The author repeats the same 2-3 points throughout the 200 page book. Although there are several pages of 'notes' at the end of the book which is probably the author's attempt to make the book appear to be 'scientific', it is far from that approach. For example, the subtitle is "How Elite Colleges are Failing Disadvantaged Students" and really the only specific point here is that the university cafeterias are closed on holidays, leaving financially disadvantaged students without a place to eat for free during breaks since they are less likely to go home or on extravagant vacations like some of their fellow students. I was hoping the book would be based more on sociological studies with references
Read more
19 people found this helpful
Helpful
Comment Report abuse

Emily
5.0 out of 5 stars Essential for educators and anyone interested in education
Reviewed in the United States on April 17, 2019
Verified Purchase
This is an excellent and important exploration of factors affecting students' experiences of college. Jack complicates a familiar discussion of race and class by looking at the roles played by secondary education and college policies in fostering student success -- not only in terms of academic terms, but also with regard to general well-being. His accounts of students' experiences, shared in interviews, are compelling by themselves on a personal level, and Jack also organizes them effectively into a thoughtful argument. As a middle school teacher, I'm intrigued by what his observations and conclusions suggest about the role of elite colleges as "engines of opportunity," and I'm struck by the implications for middle and high school education. I hope that Jack and others use this research as a jumping-off point and continue to explore the questions he raises.
Read more
15 people found this helpful
Helpful
Comment Report abuse

Amy
5.0 out of 5 stars Add to your library
Reviewed in the United States on April 19, 2019
Verified Purchase
In a political context where everyone is talking about "privilege," Jack's book will help you to understand that it's never as simple as two groups, the "privileged" and the "not privileged." There's a lot more nuance, which many other sociological studies have glossed over.

I can recommend this book as appropriate for both academic and non-academic audiences. I read it in a graduate seminar but would feel comfortable recommending it to the educators in my family. The methodological appendix is extremely good, showing that scientific work and reflexive work are not total opposites.

I am surprised to see other reviews describe the book as an ethnography, because I felt the project was very interview-driven (103 interviews with students and then supplementary interviews with other members of the university) and only supplemented by field data. I wouldn't want anyone to expect an ethnography.
Read more
14 people found this helpful
Helpful
Comment Report abuse

Shae
5.0 out of 5 stars Must read!
Reviewed in the United States on April 17, 2019
Verified Purchase
I can't recommend this book enough! This is a beautifully written ethnography that gives voice to the stories of low income students at elite universities. Jack's theoretical contribution (the privileged poor and the doubly disadvantaged) complicates our understanding of diversity by capturing the different pathways to elite institutions among low-income students and the barriers they face to success and inclusion once they arrive, from accessing professors to food insecurity. He seamlessly weaves together their stories along with his own to give us a glimpse into life as a low-income student at an elite university. But there are clear implications for thinking about inclusion in any educational setting, not just those like Renown.

This book is a moving call to action and required reading for everyone!
Read more
12 people found this helpful
Helpful
Comment Report abuse
See all reviews